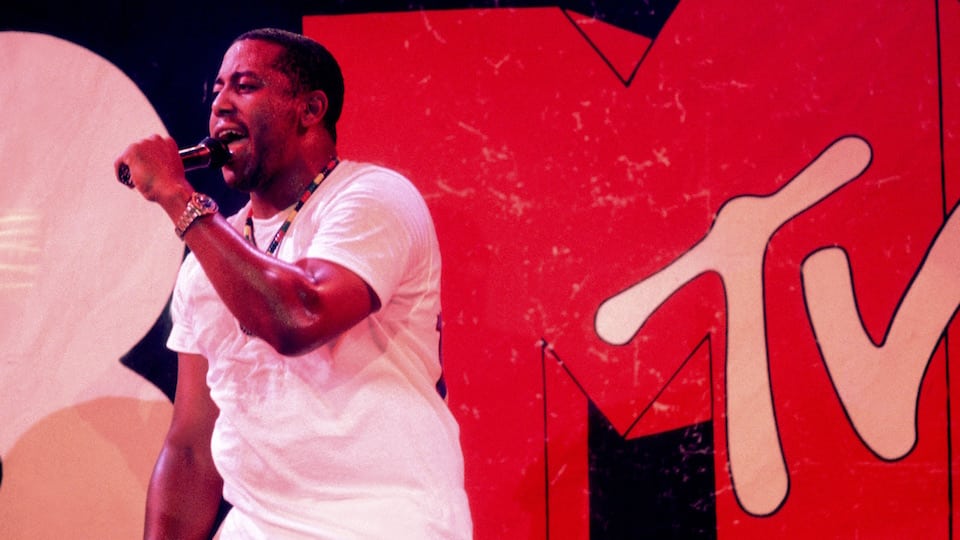 As a music writer, you’re often you’re thrown into the deep end to discover artists who you might only be vaguely knowledgeable about. Such was the case with the latest batch of vinyl reissues from Craft Recordings, five classic hip-hop titles from the groundbreaking indie label Delicious Vinyl: Tone Lōc’s Lōc’ed After Dark, Young MC’s Stone Cold Rhymin’, The Pharcyde’s Labcabincalifornia, and both of Masta Ace Incorporated’s LPs Slaughtahouse and Sittin’ on Chrome. As someone who’s admittedly late to the hip-hop party, I was more than eager to check out these crucial slabs and get a crash course in what many refer to as the “golden age” of the genre.

Delicious Vinyl was founded in Los Angeles in 1987 by a pair of west coast DJs, Matt Dike (who passed away earlier this year) and Mike Ross. Dike and Ross quickly became a lean, mean production team, cranking out a pair of multi-platinum singles with LA rapper Tone Lōc: “Wild Thing” and “Funky Cold Medina.” Both songs were built on a foundation of rock samples from the likes of Kiss, Foreigner, and Van Halen, and blazed up the charts in 1989 with an edgy infectiousness custom-designed for packed dance floors of the day. Lōc’s 1989 debut album Lōc’ed After Dark kept the party going with a deft blend of funk and rock grooves under Lōc’s raspy rhymes celebrating a hard-partying lifestyle. The urgent, powerful sample-based production style of Dike and Ross was also deployed on Stone Cold Rhymin’, the 1989 debut LP of NYC rapper Young MC (a.k.a. Marvin Young) who unlike Lōc, was proudly drug-free. (He actually signed to Delicious while studying economics at USC.) Featuring the seminal, Grammy-winning rap classic “Bust a Move,” Rhymin’ is jam-packed with danceable grooves and blazing east coast ear candy that support Young’s rapid-fire, braggadocious verse.

After Dike left the label in 1992 (having co-produced the Beastie Boys’ groundbreaking Paul’s Boutique), Ross continued signing great artists to Delicious. By then the rise of “gangsta rap” had become a cultural game-changer; but while politicians and commentators debated whether this new aggressive (and lucrative) genre glorified criminality or exposed certain societal conditions, the Brooklyn-based collective Masta Ace Incorporated’s 1993 debut album on Delicious took an audacious stand. Slaughtahouse is an ambitious double-LP depicting the dangerous realities of street life, while simultaneously questioning the authenticity of the “gangsta” trend. Mixing laid-back west coast funk grooves and high-energy east coast rhymes with sound effects and biting satirical dialogue, Slaughtahouse is a compelling listen that’s frighteningly relevant today.

The crew’s second album, 1995’s Sittin’ on Chrome is another bold double LP full of head-shaking, mid-tempo east-meets-west grooves tied together with a loose concept about cousins hanging out in the ‘hood. Delicious Vinyl’s penchant for double-LP concept albums continued with The Pharcyde’s second album Labcabincalifornia (1995) on which tasty keyboard riffs and phat beats blend with samples that range from Stan Getz to Queen Latifah, while the distinctive voices and rhyming flow of each group member are orchestrated like jazz. This lush musical tapestry serves as a backdrop for introspective lyrics about the tension between the “rockstar” life and the stability of adulthood.

With these five Delicious Vinyl reissues, Craft Recordings has once again displayed tremendous respect for its catalog. Each LP is pressed on 180-gram vinyl, and the audio has been remastered at Elysian Sound by noted engineer Dave Cooley. These records sound and feel thick with plenty of juice in the rhythm tracks and presence in the vocals. It’s hard to believe that tracks this urgent and present are almost three decades old! The 12-inch LP covers are a treat to behold as well, with the original album artwork reproduced faithfully (apart from the famous Delicious Vinyl logo conspicuously absent from the disc labels themselves, a minor critique). Each of these five LPs is a distinct musical universe of sound and style on its own. But taken together, they represent a profound creative arc within the history of hip-hop: from the “party rock anthems” of Tone Lōc and Young MC to the gritty social commentary of Masta Ace Incorporated to the mature musicality of The Pharcyde. And if you’re a hip-hop newbie like me, these reissues serve as the perfect starting point for your education about a revolution in late-20th century American popular music.