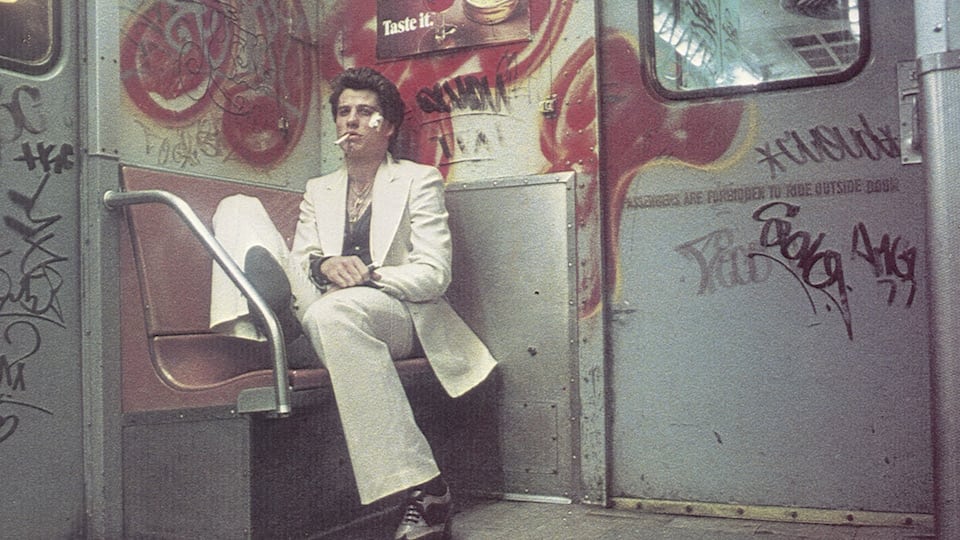 After a deep dive into movies that are punk and metal AF, let’s turn the beat around and celebrate 10 great movies from another quintessential 1970s genre: disco. Now, if your idea of “disco cinema” begins and ends with John Travolta in a flared, white polyester suit, don’t worry. We’ll get there. But long before the Hustle found its way to Bensonhurst, disco was being born in underground parties and clubs, as music created largely by and for African American, Latin and LGBTQ communities who were eager to let loose, at a time when mainstream radio had all but given up on dance music. These 10 films range in quality from guilty pleasures to cinematic treasures. But each one captures something essential of the disco era, be it the look, the sound, a memorable performance or an influential legacy.

Admit it: you know the song — you’re singing in your head now — but how much do you know about this cult comedy, whose cast includes George Carlin, Richard Pryor, Bill Duke, and The Pointer Sisters? Believe it or not, Car Wash played in competition at Cannes, where it won two awards, Best Music and a craft Grand Prize for director Michael Schultz’s technical direction. The film, among Hollywood’s first to feature a disco-heavy soundtrack, also earned a Grammy and a Golden Globe for Best Song. Joel Schumacher, best known for directing films like The Lost Boys and Batman & Robin, wrote the screenplay, along with two other disco-era movie musicals, Sparkle (1976) and The Wiz (1978). On the soundtrack: Rose Royce’s “Car Wash” (obviously), “I Wanna Get Next to You,” “I’m Going Down.”

The Bee Gees were a Beatles-esque pop band in a career slump, in search of a new sound. John Travolta was a sitcom star and John Badham was a television director with one feature film under his belt, a sports comedy. Yet together, these men combined to create the most iconic films of the 1970s, launching disco fully into the mainstream. If all you remember is that iconic photo of Travolta on the dance floor, finger pointed skyward, you’re not giving the film its due. Badham offers a warts-and-all portrait of working-class Brooklyn at a time when the city was in economic free fall, fleeting moments of transcendence on the dance floor were what made life worth living. On the soundtrack: “Stayin’ Alive,” “Night Fever” and six more Number One pop singles, including the novelty disco instrumental “A Fifth of Beethoven.”

The wild success of Saturday Night Fever inspired many imitators, none of which can hold a candle to the original — including its official sequel, Stayin’ Alive. Thank God It’s Friday was among the first to hit theaters, and its level of seriousness can be summed up by its tagline, “After 5000 years of civilization, we all need a break.” As a comedy, the film is… not great, but you can’t beat the live performances by Donna Summer and The Commodores, and the fun of watching a young Jeff Goldblum and Debra Winger at work. TGIF is also notable for capturing one of LA’s best discotheques, Osko’s (renamed “The Zoo” in the film) in its glorious prime. On the soundtrack: Summer’s “Je t’aims…moi non plus” and the Oscar-winning “Last Dance.”

Billed as “the Super Soul Musical Wonderful World of Oz,” The Wiz‘s debt to disco lies less in its songs and more in its style and cast, which features disco diva Diana Ross as Dorothy, Michael Jackson (in his first lead role) as the Scarecrow, and Richard Pryor as The Wiz. Ross lobbied hard to play Dorothy, but at 33 was probably too old for the part. Critics panned her performance as Joel Schumacher’s bloated, cheesy script, and the film was a flop. If you want to know what made this Broadway musical great, you’re better served by watching the 2015 live NBC version, with a new book by Harvey Fierstein. But Jackson’s breakout performance and the film’s Oscar-nominated production design are still priceless, disco-era artifacts. On the soundtrack: Ross and Jackson’s “Ease on Down the Road,” Jackson’s “You Can’t Win.”

See Related: “The 10 Best Michael Jackson Songs You May Have Never Heard”

When Saturday Night Fever premiered, disco was just reaching its heights. Two years later when this romantic comedy skated onto the scene, disco was in a nosedive — and Roller Boogie didn’t help. This so-bad-it’s-good cult favorite employs a stock-standard “a bad guy wants to buy up our favorite place and tear it down” plot and sticks it on wheels in an attempt to capitalize on the short-lived roller-disco craze. The Exorcist’s Linda Blair stars as Terry, a perky flutist who falls for Bobby, an aspiring professional skater, played by actual professional skater Jim Bray in his only acting role. On the soundtrack: Cher’s “Hell on Wheels,” written specifically for the film, as well as Earth, Wind & Fire’s “Boogie Wonderland.”

Unlike the punk and heavy metal cinematic canons which include bona fide classics made by filmmakers with a passion for the music, like Repo Man and This Is Spinal Tap, most movies produced in the short-lived disco era were made by studio execs as quick cash-grabs, with little real love for disco or its culture. Case in point: this highly mythologized retelling of the Village People’s origin story, co-starring Valerie Perrine, Steve Guttenberg, and a pre-transition Caitlyn Jenner. Sure, the film is a hot mess, but it’s a 100% disco hot mess and thus it makes our list. On the soundtrack: only one legit Village People hit, “Y.M.C.A.,” and a bevy of lesser efforts.

By the time Can’t Stop the Music premiered, pop culture had declared disco dead. But in truth, disco never died — it just went back to its roots in clubs and underground parties, where it morphed into house music. You don’t have to be Frankie Knuckles to hear the heart of disco beating inside Madonna’s 1990 hit “Vogue.” The song and its iconic music video were inspired by (or, if you prefer, appropriated from) New York’s vibrant drag ball scene in the late 1980s. That world is also the subject of the new FX original series Pose, which owes an enormous debt to Jennie Livingston’s landmark documentary, Paris Is Burning. Her film offers an implicit critique of our conception of race, gender, and class through the triumphs and the struggles of its mostly young, poor, black and brown, queer and trans subjects, and the “houses” they form as surrogate families. On the soundtrack: “Never Gonna Give You Up,” “Got to Be Real,” “Is It All Over My Face.”

Chloë Sevigny and Kate Beckinsale star as roommates and best frenemies in this nostalgic late ’90s look at early ’80s club culture. Whit Stillman’s drama, the third in his “Doomed-Bourgeois-in-Love” trilogy, charts the courtship rituals and career aspirations of a coterie of young, highly educated white 20-somethings. Stillman based the film on his own experiences frequenting clubs in the ’70s and ’80s, most notably Studio 54. On the soundtrack: Tons, including “Le Freak,” “More, More, More,” “I’m Coming Out” and “I Love the Nightlife (Disco ‘Round).”

Someday, I hope a filmmaker comes along able to tell the full history of disco, armed with Ken Burns-level of obsession and an unlimited music licensing budget. Until that day, you could do a lot worse than Jamie Kastner’s campy retelling of disco’s “secret” origins as a nothing less than a revolutionary force. The film offers a goldmine of archival footage, parried insight from historians, journalists, and performers, including Gloria Gaynor and Robert “Kool” Bell. On the soundtrack: Too many hits to count, plus an analysis of Donna Summer’s epic “Love to Love You Baby” as “the musical expression of the feminist critique of three-minute sex.”

Premiering to rave reviews at this year’s Sundance Film Festival, Matt Tynauer’s doc offers a deep dive into the most influential nightclub of the disco era, or arguably any era. If you were a celebrity — Liza Minelli, Andy Warhol, Michael Jackson, and Donald Trump were among the regulars — the gates to paradise were open to you, with seemingly limitless drugs and debauchery. The rest of us mere mortals had to line up behind the velvet rope, some nights numbering as many as a thousand, with almost no hope of ever getting in. The film tells the untold story of Studio 54’s inner workings during its meteoric moment and scandal-ridden fall, as revealed in a first-person account from Studio 54 co-founder Ian Schrager. On the soundtrack: Sylvester’s immortal “You Make Me Feel (Mighty Real)”