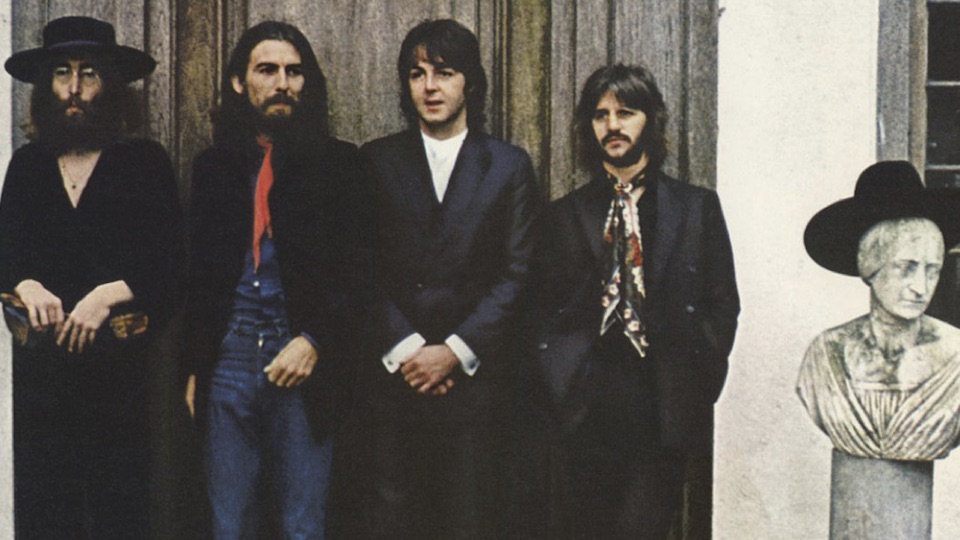 Few bands have the good fortune and camaraderie to stay together past a certain point. Often internal strife over creative differences pulls them apart, or sometimes the untimely passing of a key member forces the band to stop performing. In other cases, bands have gone out at their peak through reasonable internal agreement.  Let’s look at four successful bands and their final albums, planned or unplanned.

There’s no point in writing about what caused the Beatles to split because the contributions of each member toward the group’s demise are nearly a science at this point. The challenge with The Beatles is which album was their last.  Going by release date, it’s Let It Be, released in 1970 after the band’s breakup.  However, some of the songs included in this release were written while Abbey Road (1969) was being recorded.  Let’s use the date of release, and so we should let it be Let It Be.

Released with 12 songs (there have been re-issues and re-mastered versions released with additional content), the album is no lower quality than any previously released. These are classic songs.  Unlike Abbey Road, there are no collages of songs that run together.  This was a period when the band wanted to “get back” to stripped-down versions, rather than their multi-overdubbed-and-overdubbed-again releases.  Some are independently developed songs, recorded without the entire group present.   By the time of the release, Lennon had already left the band, and Paul and George had already been working on their solo material. What was included in Let It Be was still excellent material, mind you – and some of it was written or saw its inception during the famous Twickenham recordings but only ever completed for Let It Be. Three songs were recorded live from the “rooftop show”, including “I’ve Got a Feeling”, “One After 909”, and “Dig a Pony.”  This is also the album that was handed to Phil Spector for final production. One listen with headphones reveals a surprising amount of overdubbed orchestral backing.  No wonder Paul was peeved.

So was this The Beatles’ pinnacle?  Lennon commented that Spector “was given the shittiest load of badly recorded shit, with a lousy feeling toward it, ever. And he made something out of it.” – nonetheless, the songs on it are timeless.  Despite including some throwaways (“Maggie Mae”, and “Dig It”) that are just partial songs, it remains an effective swan song for one of the most famous bands of all time.

Plenty of books and documentaries have described the mega-success of a band that only ever delivered four studio albums. Their last studio album, Synchronicity was released in 1983 and showcased the talents that had been developing for five years.  After touring for this album, their performance at Shea Stadium was considered by Sting to be their pinnacle, and he decided it was time to part ways.  Each member would pursue solo efforts, with Sting the most successful.  The band tried to reunite but misfortune (Copeland’s injury) and Sting’s disinterest caused the only other new release to be an updated version of the single  “Don’t Stand So Close to Me (1986).”

Synchronicity is a masterpiece by any measure.  Just listing the songs makes you realize how engraved they are into generational music: “Synchronicity I” (and “II”), “Every Breath You Take”, “King of Pain”, “Wrapped Around Your Finger”, “Tea in the Sahara”, “Murder By Numbers”.  There are only three songs that never received much airplay “Oh My God”, “Mother”, and “Miss Gradenko.”  Only the first was penned by Sting, the others by Summers and Copeland respectively.  While The Police had not planned this to be their last album, the quality of the music they were releasing at the time meant that at least up until that point, whatever their last album, it probably would have been a good one.

In the category of unfortunate band breakups, one would be Led Zeppelin.  After recording and releasing what would be their last studio album In Through the Out Door (1979), the band toured Europe. During a show in Nuremberg, Germany, drummer Jon Bonham collapsed after only three songs and was taken to the hospital. In September 1980, the band rehearsed for a North American tour while at Bray studios near Berkshire, England.  After eating and heavily drinking all day, Bonham passed away in his sleep.   Rather than find a replacement, the remaining members canceled the tour and disbanded, making this their final album.

By that time, Led Zeppelin’s musical styling had been migrating from hard-driving rock and blues to more experimental tracks, and even different genres. The album only contained seven songs, but many would become classics.  “In the Evening” included synth pad fills, something not common on previous songs but this is definitely a classic Jimmy Page guitar-driven song.  “South Bound Suarez” is a great tune, backed by saloon-style piano and hooky-bluesy guitar fills.

What can be said about “Fool in the Rain” except that the heavy percussive pattern is one that all beginning drummers end up wanting to emulate?  The quick change to a samba pattern doesn’t sound like the right thing to do, but it just works.  “Hot Dog” is a toe-tapping rockabilly classic the band developed after often warming up during rehearsals by playing Elvis Pressley and Ricky Nelson songs. In the ten-minute “Carouselambra”, John Paul Jones provides the main melody using synthesizers for the first part of four minutes, again not something you think of as Led Zeppelin trappings. It then detours for a few minutes into bluesy dreamy sequences and then returns to synths. “All of My Love” is both classic and New Wave sounding.  The closing track “I’m Gonna Call” is again synthy but Robert Plant croons through the lyrics like something you might find later when he was with the Honeydrippers.

In Through the Out Door did have material that is included in the category of Led Zeppelin classics, but it was not a well-received album, mainly because it was a departure from previous musical stylings. So as a final album, it would not be considered a high point.  Given their movement to some of the musical stylings of the early 1980s, one could imagine that their inclusion of New Wave instrumentation such as synths would have found their way into future albums.  It would have been an interesting journey.

Speaking of supergroups and interesting journeys, Queen is another band that was quietly migrating their musical style. Beginning clearly as a rock and roll band, with Brian May providing all the distortion in the world, later albums were more funky, poppy, and synthesized.  In fact, the stylings of Queen defied a single category.   And their lead man, Freddie Mercury also defied categorization, with his over-the-top styles but perfect rock muse and balladeer voice that spanned three octaves (!!); he was one of a kind.  Unlike Jon Bonham, Freddie was keenly aware of his deteriorating health due to AIDS.  With no treatment at the time, he was able to purposely craft the group’s final albums into the messages he wanted to relay.

Technically, the final album released while Mercury was still alive was Innuendo (1991).  A subsequent album of new material was Made in Heaven (1995), which is considered their final studio album.  Freddie Mercury passed away in 1991, so bandmates Brian May, Roger Taylor, and John Deacon pulled together parts of songs that had been recorded by Mercury, added instrumentation, and basically finished them so they could be assembled into a new album. This is very similar to what The Beatles did with “Free as a Bird”, taking John Lennon’s vocals, layering the remaining members’ via overdubbing, and re-recording the musical accompaniments – except that the material from Freddie Mercury was studio-quality.

For this article, let’s consider Made in Heaven. It’s a nice cross-section of Queen’s musical previous styles, from quiet ballads to rockishness.  It’s definitely a Queen album as it was created by the remaining members using songs Mercury had discussed should be included in a future album.  That being said, for something more in line with what you’d expect from Queen without the baggage of knowing their lead singer would not be around for much longer, instead listen to Innuendo. On that album, songs like “Hit Man” border on heavy metal.  “Bijou” includes Brian May channeling his Carlos Santana.  It’s a very good album, but technically not their last.

Made in Heaven includes 13 songs.  It’s poignant, including tracks like “Mother Love”, where Mercury had planned to return to record the last verse but never did.  Instead, Brian May sings it.  It ends with a few milliseconds of every song ever recorded by Queen and finally the sound of a crying baby. Their singing is pitch-perfect, and without the backstory, one would have thought it was created and finished by the entire group together.  “I Was Born to Love You” was recorded in 1984 and is the typical well-written Queen ballad. “You Don’t Fool Me” was literally patched together from pieces of lyrics recorded by Mercury. “Winter Tale” was the last song completely recorded by Freddie Mercury which some consider a Christmas song.  Backing tracks and instrumentation were added by the group later.  It’s airy and beautiful.  “Yeah” is a four-second clip of Mercury singing the title.  Made me chuckle. And “Untitled” is an experimental song that is an assembly of looped instrumentational and short clips of Mercury saying “are you running” and ending with Freddie saying “fab”.

What does Made in Heaven say about Queen?  To me, it says they still had the rock and roll chops, along with the ability to create music in a variety of styles all behind the perfect vocals of Freddie Mercury.  It’s a satisfying album in that, intentionally or not, it delivers a certain finality to Queen. Had Mercury not died, it’s clear that he and the group had more to give – especially when you merge it with Innuendo.

9 comments on “How Good Was Their Final Album?”