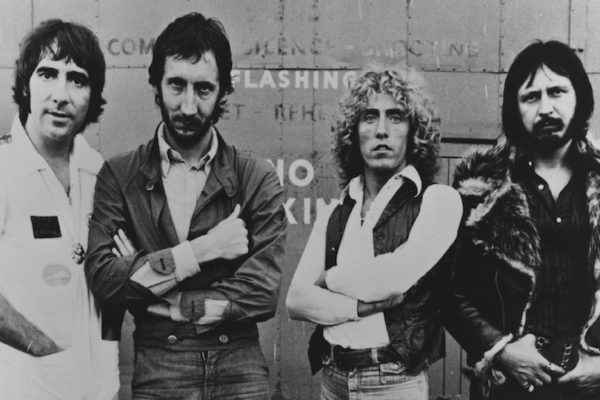 Arguably, the first big album to explore the themes of lost love and loneliness was Frank Sinatra’s In the Wee Small Hours, when Frank was feeling low due to the crumbling of his marriage to actress Ava Gardner.  The album’s film noir-ish cover featured a painting of a cigarette-smoking Sinatra on a street corner looking like a guy who doesn’t know where to spend the time he suddenly has on his hands.  Tom Waits paid homage to Frank by showing a comparable painted street scene for his 1974 album The Heart of Saturday Night.  Waits said in 2005 that he put it in the number one position of his top 20 favorites: “It was the very first ‘concept album.’  Sinatra said that he’s certain most baby boomers were conceived with this as the soundtrack.”

When asked in 2005 by Entertainment Weekly to list his top 12 albums, Iggy Pop had Sinatra’s classic at #9; noting: “This is a nice one.  There’s such a cult around Sinatra.  The buffs (hardcore fans) have a name for this period—his pathos period or something—where he sings songs of loss in an intimate setting.  He excels at it.”

Iggy and Tom weren’t Frank’s only biggest fans.  Bob Dylan noted, “Frank sang to you – not at you.”  But when it came to his own good-loving-gone-bad masterpiece, Blood on the Tracks, Dylan denied the songs detailed his separation from his wife, Sara.  In 1985, Dylan snarled: “I read this was supposed to be about my wife.  I wish somebody would ask me first before they would go ahead and print stuff like that.  Stupid and misleading jerks.”

His son, Jacob, cast some doubt by noting that the songs sounded like “my parents talking.”

But there was no doubt that Anna Gordy Gaye and her divorce lawyer were the reason why her ex-spouse, Marvin Gaye, entitled an album that could be found on the subject line of an alimony check written from one disgruntled divorcee to another: Here, My Dear. Marvin had an easier time writing songs for millions than writing checks to the one person he was ordered to pay $600,000 to in back alimony.  He wound up falling behind on the payments and had to file for bankruptcy but then agreed to relinquish half of the percentage of his next album’s royalties—which turned out to be Here, My Dear.  At first, Marvin wanted to do a slapdash, subpar record. Instead, he had a change of heart and mind.  The lyrics read like Marvin confiding to his best friend of his troubles; with confessional lines like:

“My life’s a clock and it’s winding down/Blowin’ coke all up my nose.”

“The judge said she got to keep on living/ The way she accustomed to
She trying to break a man/I don’t understand.”

At least the object of Marvin’s ire didn’t record an album with him—which is what Richard Thompson did with his future ex-wife, Linda on their excellent Shoot Out the Lights LP.  Though they had separated, the couple toured to support the album, which featured a concert where Linda kicked Richard’s shins in the middle of a guitar solo.  Richard denied Shoot Out the Lights was a “break-up album” but Linda begged to differ: “I think we both were miserable and didn’t quite know how to get it out.  We couldn’t talk to each other so we just did it on the record.”

Perhaps Holly Beth Vincent of Holly and the Italians wanted to similarly kick her ex-boyfriend Mark Knopfler after first hearing his awesome song “Romeo and Juliet.”  In an interview, she stated: “What happened was that I had a scene with Mark Knopfler and it got to the point where he couldn’t handle it and we split up.”

Mark acknowledged their “scene” and her interview via a “Romeo and Juliet” lyric:

“Now you just say, ‘Oh Romeo, yeah, you know I used to have a scene with him.”

Holly wasn’t the only musician whose love life became fodder for a killer song.  No word if Roger Daltrey wanted to kill Pete Townsend when he heard the demo of “A Legal Matter.”  Daltrey was going through a divorce at the time and may have not been amused with Pete’s lyrics like:

The song’s subject matter may have been the reason why Townsend sang it and not a possibly peeved Daltrey. It happened to be the only tune that didn’t have Roger on lead vocals on the Who’s 1965 debut album My Generation.  Townsend denied the song was about an impending divorce but was “about a guy on the run from a chick about to pin him down for breach of contract.”

However, other musicians believed the song was about divorce—including one sardonic bloke who recorded it in 2003: Richard Thompson.

3 comments on “When Breaking Up Meant Big Bucks”