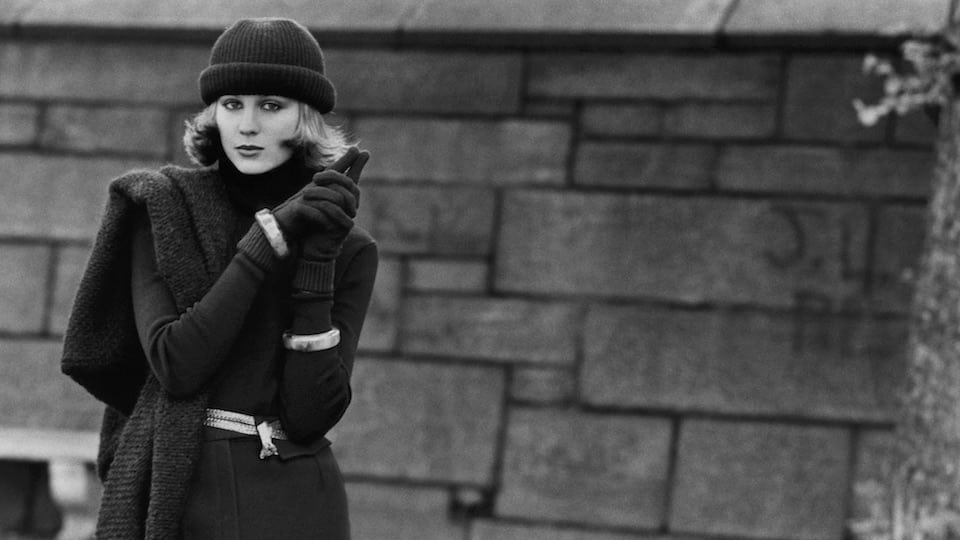 Flashback to 1985. Three years have passed since Donald Fagen’s solo debut The Nightfly and five years since Steely Dan’s Gaucho. Walter Becker has moved to Maui to get his life back in order. Fagen, the film music buff, is in NYC and wondering whether to compose songs or write a column for Premiere magazine. On the music front, Becker gets a gig producing the third studio album by UK band China Crisis. Fagen has shown up on a 1981 Rickie Lee Jones album but isn’t playing keys that much. The thought of a new solo LP is far in the distance. A Steely Dan reunion seems unthinkable. A chance to see them live? Never. Gonna. Happen.  Until Rosie Vela comes along.

Vela, an aspiring entertainer, moved from Arkansas to New York and began a successful modeling career in the ‘70s around the time Rikki was told not to lose that number. Her face graced many a print ad — such as Revlon and Virginia Slims — as well as myriad magazine covers, including Vogue fourteen times. But Vela’s main ambition was to be a musician. This classically trained pianist invested her modeling money in her dream, building a home studio and writing and recording demos. One eventually found its way into the hands of some A&M record execs. They signed her to an album deal and teamed her with former Steely Dan producer Gary Katz.

Vela’s brand of jazzy pop-rock was in good hands with Katz. One night while she was recording in Los Angeles, in walked Walter Becker to see his old pal, Gary. Becker liked what he heard of Vela’s songs and suggested someone who might be able to give the keyboard sounds some extra texture — his old bandmate, Donald Fagen. Katz played some of the tracks for Fagen and these smooth, sophisticated demos along with the chance to work with his old pal sparked him into making a recording decision that would impact the rest of their collective lives.

Imagine Vela herself thinking “Wow I’m playing with drummer Jim Keltner, guitarist Rick Derringer, and now Donald and Walter of Steely Dan.” By working together for the first time in nearly six years, they rekindled a musical kinship many thought would never be reborn. They recorded their tracks in New York and in 1986, Rosie Vela released her debut album, Zazu — which means “spirit and passion with flair and pizzazz.”

It was truly a million to one chance to have them both play together. Do you know how many times Fagen and Becker played together on a non-Steely Dan related track, outside of Rosie Vela’s Zazu? Twice: first on the 1969 Terry Boylan album Alias Boona and next on Thomas Jefferson Kaye’s 1973 song “I’ll Be Leaving Her Tomorrow.” This was the only non-SD recording session in the last 44 years of their career that featured both Donald Fagen and Walter Becker on the same songs. A rare occasion, indeed.

The reunion inspired discussions of writing together again, which they did through 1986 and 1987, with the seeds of the song “Snowbound,” released on Fagen’s Kamakiriad. Even though nothing much more came from this period, it kept the conversation of working together moving forward. And when Fagen formed the NY Rock & Soul Revue in 1989, Becker confidently joined them on stage for an early ‘90s Big Apple performance. Thinking it best to re-start their partnership slowly, they decided to produce each other’s solo albums: Fagen’s Kamakiriad in 1993 and Becker’s 11 Tracks of Whack in 1994. With their working relationship back intact, they pondered something they hadn’t thought of in over 20 years: What if Steely Dan got back together, solely for the purpose of playing live?

And then the unthinkable happened. Steely Dan was back and on tour in 1993, releasing their first live album, Alive in America, in 1995. During this time Fagen and Becker started writing again with plans for a new album and only two months after the world was freaking out about Y2K, Steely Dan gave to the public their first studio album in 20 years, Two Against Nature. It won four Grammys including Album of the Year, soon followed thereafter with an induction by Moby into the Rock & Roll Hall of Fame. Their legend in rock secured, Steely Dan would release one more album, Everything Must Go (2003) and then continued an almost annual tour schedule, even with the passing of Becker in 2017.

And what happened to Vela and her album which sparked the seminal jazz-rock duo back to life? Unfortunately, it was not as popular as she hoped, although it had some minor success abroad. The songs “Magic Smile” (a top 30 hit in the UK) and “Interlude” (featuring Fagen and Becker) ended up on some adult contemporary playlists as well as some late night VH-1 airings. When the CD went out of print in the ‘90s, copies were going for close to $100 on eBay. Her second fully recorded album was never issued, but a 25th anniversary CD edition of Zazu dropped in 2011. Regardless of her accomplishments, the fact remains: Were it not for the modeling success and musical aspirations of this talented singer-songwriter, one of the best resurrections in rock music may never have happened.

11 comments on “How a Supermodel Saved Steely Dan”