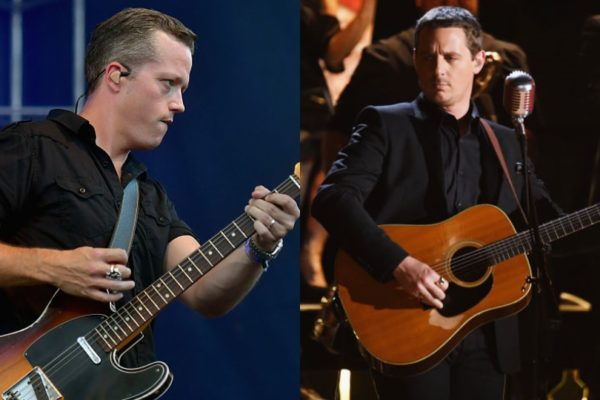 It’s safe to say that singer-songwriters Jason Isbell and Sturgill Simpson both burst onto the Americana and “throwback” country music scenes in the past couple of years. Even so, these two talented artists have been making music for a long time. Rather than lambast them for who or what they’re not, I’d prefer to focus here on how Isbell and Simpson have managed to reignite a fire that once burned hot with folks like Hank Williams, George Jones, and John Prine (whom they both cite as a major influence). These are guys whose country-folk fusion is providing a raw and nourishing substance to the genre’s fans in a refreshing new way.

Stylistically Isbell and Simpson actually fit more into Americana than pure country. After all, they plug in their guitars! Indeed, bands like Isbell’s Drive-by Truckers — the outfit with which he performed before his solo career — helped to popularize a more aggressive rock-infused Americana sound. The twang may read country but the instrumentation is more rock. Which isn’t to say that Isbell and Simpson are crafting songs that can’t be performed as acoustic tracks. They can. And sung with honesty and straightforwardness, they’re clearly aiming more for authenticity and intimacy than arena shows with pyrotechnics and fancy lights. These are honest songs, speaking for themselves about the world.

Isbell’s award-winning album Southeastern does an incredible job of pulling listeners into the stories of all sorts of people. One (“Elephant”) elicits empathy for a cancer patient; another (“Yvette”) for the victim of sexual abuse. Similarly, Isbell’s newest album The Nashville Sound reflects on life in Appalachia (“Cumberland Gap”), race in America (“White Man’s World”), and political anxiety (“Last of My Kind”). These hard-hitting topics may not work for top 40 but they convey powerful messages of love and hurt.

Simpson’s earlier albums feel more like typical country. It wasn’t until his Sailor’s Guide to Earth that he began to move in a new direction. That album was inspired by his becoming a new father, and it holds a considerably moving reflection on life, love, and the workaday realities that have rooted country music since its inception. Lyrics about being a father, loving people, and working hard all resonate within the classic demographics of the genre even as elements of funk, pop, and rock creep into the sound.

Like folk legend John Prine’s iconic “Sam Stone” before him, Simpson’s “Call to Arms” provides an atypical critical commentary on American militarization. Yet this is hardly an anti-war song in the ‘60s counterculture sense so much as an honest examination of our culture today. What is the cost of the wars that we fight? Who do we ask to pay for them? These are not questions you tend to hear on commercial country radio. Yet these are exactly the types of topics that made artists like Hank, George, and Loretta the legends they became.

So how are they being received? Apparently, quite well. Simpson, nominated for three Grammys in 2017, launched a “Who the **** is Sturgill Simpson?” social media campaign that led to him taking home the best country album award. The year before, Isbell took home two Grammys himself. In a world of “bro country,” these victories look to be good bellwethers. Clearly, there’s room enough in Americana and country music for alternative styles at this point. In a world where listeners self-curate more than ever before, the future of music is no longer dictated by corporate radio mavens. Instead, the people decide. That’s a country sentiment if there ever was one.