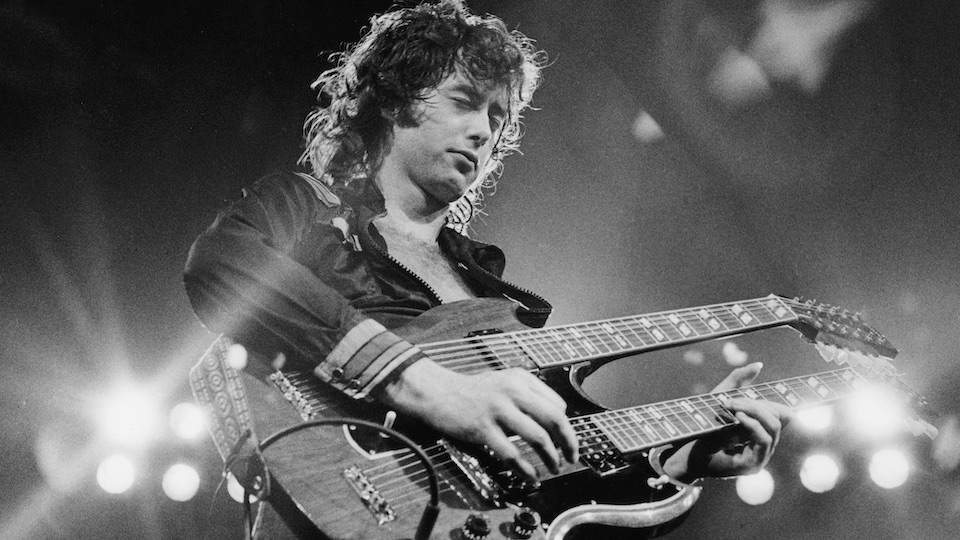 Jimmy Page needs no introduction: he’s the architect behind the greatest band that ever walked the earth. From the proto-metal inflections of Led Zeppelin’s debut to the band’s fourth work, Page ensured that no two albums sounded alike, and these recordings gifted listeners evocative portraits, each greater than the last. From the thunderous “Achilles Last Stand” to the somber “Tea For One,” Led Zeppelin tailored their work to what their seventies audiences demanded, and only the death of one of its bandmates put the brakes on the band.

But that’s mythology: I’m here to tell you about history. For there was a different Page who made a name for himself in the sixties, not by braggadocious behavior, but skill and talent. Page worked behind the scenes in many of London’s busiest studios. Page performed his guitar parts with little fuss or fanfare, and only recognized his many contributions in interviews when he quit the business for live performances. Such was his versatility, Page could join The Yardbirds as the band’s third lead guitarist, and embellish the songs with a personality that was unique as Eric Clapton’s, but as stark as Jeff Beck’s. By then, he was a man of the stage, the guitarist who played on many of the sixties sessions and ultimately inspired so many to pick up Fenders and play. Here are some of his early, non-Zep offerings.

There’s only a handful of people who have performed Beatle songs better than The Beatles themselves. For my money, there’s Harry Nillson’s post-modern take on “You Can’t Do That,” Siouxsie and The Banshees’ tighter rendition of “Dear Prudence,” and Joe Cocker’s skiffle heavy “I’ll Cry Instead.” Mirroring Cocker’s feverish vocal guide, Page lets loose and lays out an animated guitar solo that could only have come from a place of creative spontaneity. Racing to the finish line, the song’s furious pace is matched by thunderous piano and wallopping drum parts. Page reunited with Cocker in 1968 for “With A Little Help From My Friends”, a Lennon-McCartney number that proved popular with audiences of the Woodstock variety.

Although Page has frequently been credited with tracks that he did not perform on (Dave Davies really did perform that pounding guitar solo on “You Really Got Me”), there’s no denying the clout he had amassed for himself by 1964. He appeared on the soundtrack to A Hard Day’s Night and may have worked with Beatle producer George Martin on the triumphant “Goldfinger” single. With three guitarists inside their gate, Page’s services weren’t needed on The Beatles’ work, but producer Shel Talmy utilized the London-born musician on some of The Who’s fierier work. Page worked with The Who on the pristine, polished “I Can’t Explain”, although he’s the first to admit that his contributions on that track were minimal. Much worthier of his time and talent was “Bald Headed Woman,” the swampy B-side steeped in blues music. Responsible for the fuzz tone that cements the track, Page demonstrates the spark that carried the punk movement to rawer work in the seventies. Bassist John Entwistle copped to Page’s appearance almost immediately, although Pete Townshend (perhaps a little crestfallen by Page’s involvement) was less charitable with his words: “I think rock music is junk. I am a genius! The Who were OK but without me, they would have all ended up working in the flower market, or worse – in Led Zeppelin.”

Van Morrison’s solo success has vastly overshadowed the work of his bandmates, but there was a time when Them were considered Ireland’s greatest musical export. With their bouffant hair, garage-rock sound, and commitment to the R’n’B records that united Belfast under one voice, Them’s “Baby, Please Don’t Go” was a smash hit both on the British mainland and the Irish charts. Besides Morrison’s soaring lead vocal, the single boasts Camel frontman, Peter Bardens on keyboards. And then there’s Page, happily chipping beside Billy Harrison on a track that puts as much focus on the guitar patterns as it does the infectious verse part.

From Crossroads to Emmerdale, Tony Hatch proved one of the most superlative television composers of his generation, but behind this veneer stood one of the most formidable pop writers of the era. “Downtown”, a joyous vignette tailored for Petula Clark, might be his best-loved. Complete with an infectious piano hook, the recording unveils a soundscape where fame and fortune follow the lovers open to the invitations the world offers them. The song is replete with sound, making it difficult to make out Page’s contributions to the track. But he’s there, chiming beside sessioneers Vic Flick and Big Jim Sullivan with aplomb. “It’s funny, I saw him recently at a party at the Royal Academy of Arts,” Clark revealed in 2014. “…I was just strolling through there and this guy was leaning against some painting and he said … “Hi Petula, do you remember me?” I looked at him and saw this good-looking guy with silver hair and I said …I think so. He said of course, I’m Jimmy … Jimmy Page, I used to play on many of your sessions.”

The gulf that existed between blues and pop was closing by the mid-sixties, and with the presence of Lulu – a seventeen-year-old soul singer from Scotland – the chasms that separated genres were making way for something fresher. Her debut album, Something to Shout About, cemented her reputation as one of the placeholders of British R’N’B, complete with her rendition of the Isley Brothers “Shout.” Page performed many of the galloping patterns heard on the record, and the stormy “Surprise, Surprise” showcases many of the flairs that would become his trademark within The Yardbirds. Strangely, Page wasn’t credited on the initial release, owing to some regulation that pivoted focus on the stars, rather than the musicians. Nevertheless, Page’s reputation was growing, and he was duly offered the chance to write a ballad for sixties ingenue, and Stones collaborator, Marianne Faithfull. The resulting tune, “In My Time of Sorrow,” remains one of the more thoughtful songs found in Page’s expansive library.

Purportedly written for The Rolling Stones, Mick Jagger was nonetheless generous enough to produce a version for up-and-coming blues vocalist Chris Farlowe. Although unimpressed with Jagger’s sparser vision, Farlowe was blown away by the producer’s desire to work with “…all the cellos, the whole orchestra… It was history in the making.” Beneath the smoldering strings and brass that positions the work stands Page’s guitar, emanating an electricity that shifts the song from “baroque” to “baroque n roll.” Page had previously worked with Jagger on “Heart of Stone,” and later performed the lacerating guitar break on 1986 standout “One Hit (To The Body).” Furthering the connection, Farlowe guested on Page’s 1988 release Outrider.

Whether or not Page performs on the haunting “Hurdy Gurdy Man” (singer/songwriter Donovan says he does, bassist/arranger John Paul Jones says he doesn’t), he nevertheless features on the dazzling “Sunshine Superman,” a sound painting every bit as beautiful in 2021 as it must have sounded in 1966. Ever the craftsman, Page weaves in and out of the bouncy work, earmarking a soundscape that washes over the track – but never at Donovan’s expense.

Although there was enough talent to sustain The Yardbirds in the wake of Eric Clapton’s departure, no one, not even the most hopeful of fans, could have imagined how much the blues outfit would flourish once Jeff Beck joined the fold. And with Page on joint lead, The Yardbirds’ “Happenings of Ten Years Ago” re-furnished rock into something deeper. Friends since childhood, Beck and Page briefly co-fronted the band together, before personal duress forced Beck to quit the band in 1966. Between gigs, the pair briefly flirted with optioning a band with The Who’s Keith Moon on percussion. While it didn’t come to that, Moon does appear on “Beck’s Bolero,” a piercing guitar work that showcased the best of both artists. On an album of texture and timbre, the thunderous instrumental proved an immediate highlight on Beck’s Truth, although it must have galling for him when Page was awarded sole authorship to the tune. “No, I didn’t get a songwriting credit,” Beck admitted;”…but you win some and lose some down the years”.

Around the time Page played on this debut album by Al Stewart, Beck had quit The Yardbirds acrimoniously, as did bandmates Keith Relf and Jim McCarthy. But Page – eager to honor the dates a Scandinavian tour had laid out for them – soldiered on, and enlisted Birmingham rockers Robert Plant & John Bonham to play in their place. Bassist Chris Dreja was set to join The New Yardbirds on tour before his interest in photography took precedence over any potential performances. Undeterred, Page invited John Paul Jones – another seasoned session musician who learned his craft in the recording studios – to complete the unit. Although the arrangement was set for a finite period, the chemistry felt between the four men made way for any loyalties they held to The Yardbirds. Instead, Page re-christened them “Led Zeppelin,” using a moniker Keith Moon had suggested to him in 1966. The rest, as they say…