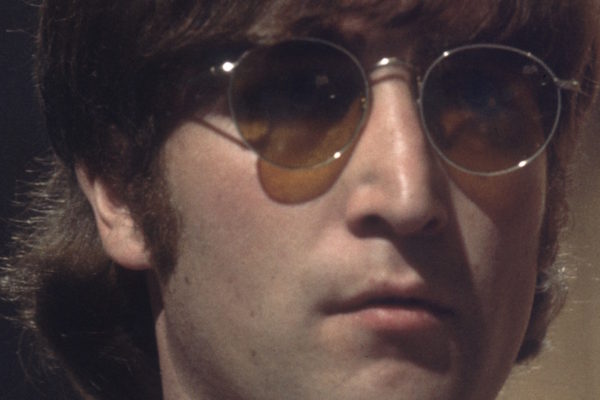 He’s been gone longer than he was here. In 1980, we lost John Lennon, then age 40. Almost a “lifetime” has transpired between his physical presence on earth and his rich spiritual, musical, and latter-day artistic presence in the “here-and-now.” In the last four decades, analysis of Lennon has gradually replaced reality. As his zany faces, cockeyed dances, biting humor, and clever double entendres have begun to slip into memory, critics and experts have begun to stroke their chins and ask academically, “Who was this John Lennon…really? Did we ever really know him?”

In fact, John was more than a bit like Romantic poet Samuel Taylor Coleridge’s famous character, the Ancient Mariner. Both rugged, crusty sailors had a heartbreaking story to tell, and if anyone wandered across their paths, they grabbed the sojourner by the arm, stared them intently in the eye, and began to unfold the tragedy of their lives. They told their catastrophic tale endlessly – to anyone who would listen. But unfortunately, telling the story never assuaged their grief. And so, once again, they were compelled to spill the tale…always yearning to divest themselves of the pain gnawing at their insides.

John sang his biography. Even before he recorded his own original songs, he stood before the microphones of Liverpool, Litherland, Blackpool, Lathom Hall, Inverness, Glasgow, and Hamburg, singing cover songs that exposed his personal agony…songs like “Anna” and “Baby, It’s You.” The teenager sang about the exotic and elusive girl he so desperately longed for, the girl whom (he presumed) didn’t love him in return. Throughout his life, John sang for his sea-shell-eyed, Bohemian, artistic mother who – for very complicated family reasons unbeknownst to her son – had relinquished John to her elder sister, Mimi, to raise. The rock’n’roll teenager and later, the Beatle, and much later, the solo artist sang his heart for Julia Stanley Lennon. For Julia: his mother.

At the close of his Beatles career, John made his mission statement quite clear in the wistful White Album ballad bearing Julia’s name. He stated bluntly: “Half of what I say is meaningless. But I say it just to reach you, Julia.” However, long before Lennon laid his life’s inspiration on the grooved platter for all to hear, he gave us myriad songs about the lovely Julia such as “Not A Second Time” and “I’m a Loser.” John told us rather bluntly that he’d spent his life trying to “hide his love away.” He told us that he ached for “the girl who came to stay.” John spoke of his wounded heart and painful memories in “Yes It Is.” He confessed his broken spirit in “Help!” The songs are all different; the tempos vary. The melodies are unique unto themselves. But in every song, the theme remains the same: Julia.

“Tell Me Why,” the second song on Side One of EMI’s A Hard Day’s Night, is a classic example. The song is a romp. It’s a raucous hard-charger – and John sings the hell out of it with a raspy rock’n’roll growl that Sir George Martin dubbed “the best voice in rock’n’roll.” But it is (if you listen closely to the words) no less abject and pitiable than “I’m a Loser” or “Nowhere Man.”

“Tell Me Why” includes every painful confession found in the catalogue of John’s autobiographical songs:

1) I gave her everything I had.

And then, the chorus repeats John’s never-resolved quest for explanation…the quest for understanding that consumed John’s entire life: Tell me why!!!!

Additionally, Lennon inserts elements into “Tell Me Why” that will frequent his solo work. In the 1970s, he aged and matured but failed to slough off the over-arching sense of abandonment and loss. And so, in “Tell Me Why” and all the other haunted lyrics that follow, John expresses 1) an insatiable need to apologize, 2) the fear that the loss of his mother’s love was all his fault, and 3) the unending repetition that he has been “crippled inside” and will never find healing.

Indeed, “Tell Me Why” (and the song that immediately follows it on EMI’s A Hard Day’s Night, “I’ll Cry Instead”) are quintessential Lennon. They are John’s way of telling you precisely who he has always been, who he is at that moment, and who (very sadly) he believes that he will always be. Written months and months before John ever met Bob Dylan – who is far too often credited with John’s penchant for writing autobiographical lyrics – both “Tell Me Why” and “I’ll Cry Instead” are revealing, frank, and honest songs. They are intense accounts of his life. “Tell Me Why” is the forerunner to so many Lennon confessionals that follow – songs that express his ongoing fear of abandonment (“If I Fell” and “Don’t Let Me Down”), self-recrimination (“Jealous Guy”), loneliness (“Bless You” and “I’m Losing You”), pain (“I Don’t Want to Spoil the Party”) and regret (“Help!”).

We need dig no further than early 1964’s “Tell Me Why” to know John Lennon, the man. We need search no deeper to hear his soul. John was not shy in telling us who he was. Instead, he felt compelled to do so. Who was John Lennon really? He told us. As we approach 2022, let’s finally believe him.

To learn more about John Lennon and his autobiographical songs, including “Tell Me Why,” join Jonathan and Julia Pretus and Jude Southerland Kessler on this episode of the noted podcast, Ranking The Beatles: https://rankingthebeatles.com/?p=256

4 comments on ““Who Was John Lennon…Really?””