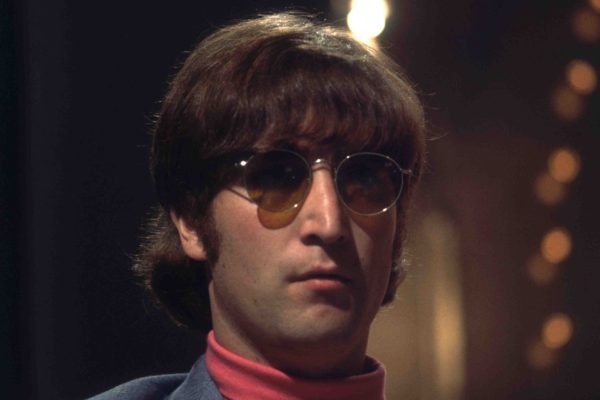 Because his life was cut so short, and also in part due to his long “house-husband” phase in the late ‘70s, John Lennon released only seven post-Beatle studio albums  — some in conjunction with wife Yoko Ono. It’s impressive that during that short span and with a relatively small output, so much of Lennon’s solo material made a significant impact. Yet there are still album tracks whose airplay and exposure pale in comparison to the mammoth hits still ingrained in the culture. In that spirit, here are ten John Lennon songs which deserve a little more recognition than they currently enjoy.

1. “Isolation” (1970)
John Lennon/Plastic Ono Band was the album on which Lennon finally got to say everything he wanted without having to worry about operating under the Beatle banner. He used the opportunity to lay bare his demons in harrowing, haunting songs that were often screamed more than sung. But on this restrained (for the most part) track, he sings almost meekly over somber piano chords about his all-encompassing fear (“We’re afraid of everyone / Afraid of the sun”) and loneliness, his cries for help made clearer without any Beatlesque exuberance to hide them.

2. “Crippled Inside” (1971)
On his second proper solo release, Lennon was canny enough to realize he needed more than just critical appreciation, which is why Imagine is filled with accessible melodies and lush production. In many ways, “Crippled Inside” deals with similar subject matter as the songs on John Lennon/Plastic Ono Band. But it’s delivered with saloon piano (played by studio ace Nicky Hopkins), a frisky dobro solo (from George Harrison) and cheeky enthusiasm from Lennon. The end result is as catchy a song about inner torment as you’re likely to encounter.

3. “New York City” (1972)
Well-intentioned as it might have been, Some Time in New York City was a misstep, as Lennon proved a surprisingly heavy-handed protest singer. But this playful rocker survives the wreckage with its humor intact. The music is a bit shambolic, but achieves some excellent forward momentum; Lennon’s recounting of his time in the Big Apple, complete with bizarre characters and welcoming landmarks, proves that he could do a Chuck Berry homage as well as anybody.

4. “Tight A$” (1973)
Mick Jagger gets all the credit for songs with salacious intent, but Lennon was no slouch in that department. This funky rocker from Mind Games shows him indulging in some naughty wordplay and barely-couched innuendo. That’s not enough to make a song, which is why the excellent chemistry from the studio band (with the invaluable Jim Keltner providing the backbeat) is so important. The Carl Perkins influence is palpable — even if Carl might have blushed at the lyrics.

5. “Aisumasen (I’m Sorry)” (1973)
Lennon’s separation from Yoko Ono (around the time that Mind Games was recorded) seems to be the inspiration for this ballad. It strolls along at a measured pace, giving ample room for Lennon to emote with his lead vocal. There’s nothing too fancy going on here, yet Lennon’s uncanny ability to evoke pain and vulnerability is enough to push this song a long way. This one is largely forgotten, coming as it did on an uneven album, but it has soul to spare.

6. “Steel and Glass” (1974)
Beatle fans might not have been too happy to hear Lennon savaging Allen Klein, since the lawyer took his side over Paul McCartney during the Fab Four’s breakup wars. But there’s no denying how effectively he takes Klein apart in this song from Walls and Bridges. The fact that he reuses many of the same riffs that he used in “How Do You Sleep?” (his takedown of McCartney from a few years earlier) seems like Lennon’s tacit admission that he may have backed the wrong horse.

7. “Nobody Loves You (When You’re Down and Out)” (1974)
Lennon allegedly wrote this song with Frank Sinatra in mind, but he actually provides a telling snapshot of his own emotional health (or lack thereof) in this after-hours ballad from Walls and Bridges. It reflects both the emptiness of fame (“It’s all showbiz,” he drily laments) and his loneliness without Ono. Jesse Ed Davis adds a weeping guitar solo that plays beautifully on the drunken horns. Mid-‘70s Lennon often gets overlooked, but this stunner is evidence that that era should get another glance.

8. “Just Because” (1975)
This 1975 album (Rock ‘n’ Roll), with production by Lennon and Phil Spector, casts a hazy cloud on many early rock chestnuts. However, they get it right on the album’s closing track, largely by getting out of the way of this Lloyd Price classic and letting Lennon (or “Dr. Winston O’Boogie” as he calls himself here), wringing every last bit emotion out of the descending melody. It’s far and away his finest interpretation on the record.

9. “I’m Losing You” (1980)
Many people forget that Double Fantasy was actually an album split right down the middle, between performances by Lennon and Yoko Ono. As a result, most of Lennon’s songs on the project either became huge hits in the aftermath of his death or have become well-known since. “I’m Losing You” sort of slips through the cracks,  perhaps because it bucks the perceived notion of the album as one filled with marital bliss. Instead, it’s a bluesy rocker that includes some of Lennon’s grittiest vocals since the Plastic Ono Band days.

10. “I Don’t Want to Face It” (1984)
Right before his death, Lennon was clearly energized to re-enter the recording world, so much so that he had recorded nearly enough material for a follow-up to Double Fantasy. Those songs were collected on a posthumous release in 1984, entitled Milk and Honey. “Nobody Told Me” became a hit, and “Grow Old With Me” became one for the ages. But this rip-roaring track, complete with Lennon’s faux-German count-in and his falsetto vocals, features him dissecting hypocrisy with all of the old humor and insight intact.