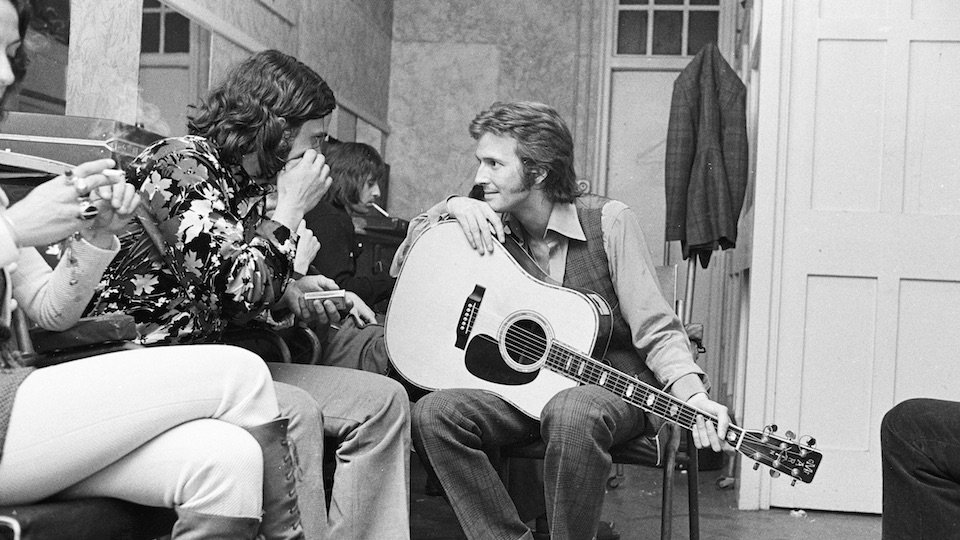 The number of legendary albums released in 1970 reads like the daily playlist of every classic rock radio station. These aural landmarks include the Beatles’ Let it Be, Eric Clapton’s Eric Clapton, and George Harrison’s All Things Must Pass. Three musicians (bassist Carl Radle, organist Bobby Whitlock and drummer Jim Gordon) who played on Clapton’s album and Harrison’s triple album treat, became vital parts of Derek and the Dominos’ now fifty-year-old opus, Layla and Other Assorted Love Songs. Critics rate this masterpiece as Clapton’s best work; with Rolling Stone rating it #117 on its “Top 500 Albums of all Time” list. But in its initial release, some critics weren’t impressed, with England’s Melody Maker stating: “If you do judge Derek and the Dominos by Cream standards, you’ll be disappointed.” Most of the record-buying public agreed; as the two-album set peaked at #16 while an edited version of the single “Layla” reached #51—in 1971.

But in 1969, making great music and not making great Cream-like money was foremost in Clapton’s mind. Eric rediscovered the joy of being a sideman again when he became one of the “Friends” in the short-lived Delaney and Bonnie and Friends band which also featured Whitlock, Radle, and Gordon. As Whitlock recalled:

“Eric wanted to be in a situation where we were all equal players, because our band was a unit. Neither of his previous bands were. When the Dominos were starting, I was very serious about being a band member. At first, Eric and I were the only ones.”

Whitlock (who wrote and/or co-wrote seven of the fourteen songs on Layla) and Clapton wanted Jim Keltner to join them and Radle in their new venture. Unfortunately, the super-session drummer wasn’t available as he working for jazz guitarist Gábor Szabó. The scheduling conflict allowed Gordon to enter into the fold and later, into the void.

Harrison and his producer, Phil Spector, used the four-man band to great effect on All Things Must Pass. During its recording, Clapton mentioned to George: “Well, as long as we’re here, we’d like to do a couple of our own songs by ourselves.” A Phil Spector, pop production of “Tell the Truth” was issued as a single with Dave Mason and Harrison adding their guitars. Its B-side was “Roll It Over;” which featured salacious lyrics that could make Jenna Jameson blush…or at least half-raise an eyebrow. Clapton had second thoughts about its quality and pulled the single after a few weeks out in public.

Related: “The Allman Brothers and ‘The Final Note'”

The group then journeyed to Criteria Studio in Miami to record with ex-Cream and Allman Brothers’ producer Tom Dowd. Dowd, who, at the age of 18 worked on the Manhattan Project which developed the atomic bomb, could also hear explosiveness in Duane Allman’s guitar work. Clapton felt the same; awestruck by Allman’s playing on Wilson Pickett’s “Hey Jude.” Slowhand gushed in 2019:

Allman was added to the recording mix, an addition that not all Dominos appreciated. Whitlock noted:

“Duane couldn’t hang with Eric when it came to stretching out solos. Duane thought ‘in the box.’ Our whole playing was completely outside of it. So, being that Duane was never that type of player, he could never hang with us. Had Duane not been there, it would still have been just a great record. As a matter of fact, without him, all of the slide playing would have been in tune, because Eric’s slide work is always in tune.”

But Allman’s and Clapton’s interplaying made the song “Layla” a timeless classic; in part due to the song’s piano coda which was co-written by Gordon.

Rita Coolidge, Gordon’s ex-girlfriend, stated in her memoir that she heard “Layla” on the radio and, “Suddenly, it dawned on me: the song was my song—except that I’d never recorded it. I cried, ‘That’s my music!’ It was ‘Time,’ the song Jim and I had written and played for Eric.”

But it was Gordon’s daughter, Amy, who now receives its residuals. The coda was used to fantastic effect in Goodfellas. In the flick, Ray Liotta voiceovers over the piano that “they were finding bodies everywhere,” which also could’ve been sadly said in the Dominos’ case.

Allman died in a motorcycle accident at the age of 24, eleven months after the release of Layla.

Radle died of complications from too much drink and drugs at the age of 37. His girlfriend, Kay Poorboy, who found his body four days after his death, later shot herself and is buried next to him.

Like their producer Phil Spector, Gordon killed an innocent woman—his own mother. He has been locked up in a California psychiatric prison since 1984. At his latest parole hearing in 2018, his daughter requested that he stay behind bars.

After Layla, too much hard drugs and harsh words left the band in a very sorry state. And in 2006, Whitlock said he was sorry for what his band did to the world of music.