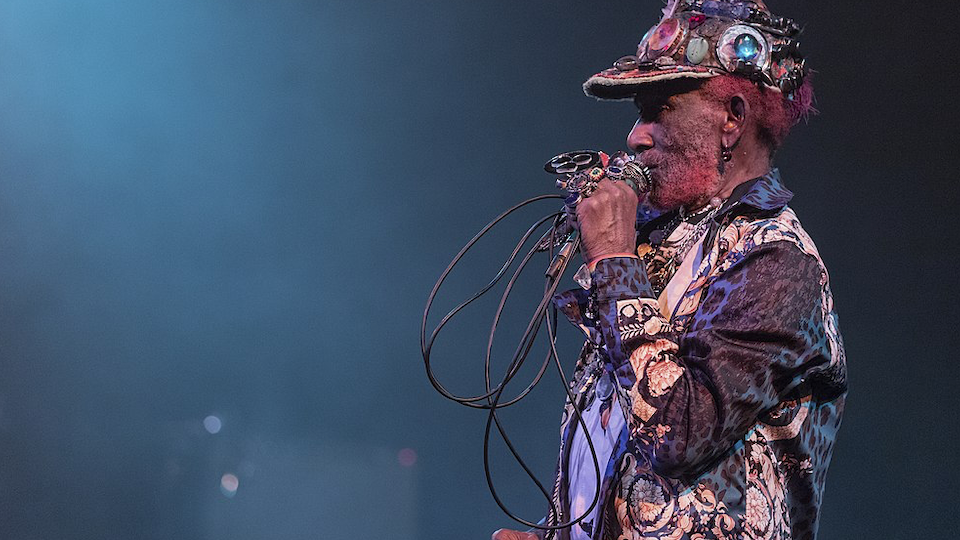 There are three producers who spearheaded a new genre: Phil Spector, who created the foundations of the traditional pop song; Giorgio Moroder, who improved upon the building blocks to create the sound of the 1980s; and then there’s Lee “Scratch” Perry a Jamaican producer widely celebrated for his development of dub music. He died in 2021, but his legacy was solid, as is evident from the recently released compilation, King Scratch (Musical Masterpieces from the Upsetter Ark-ive).

In an effort to celebrate both the release of the album and the producer’s great selection of work, we’ve put together ten tracks that showcase his far-reaching nature and his diverse credits as a technical wizard. Music takes great presence and concentration to capture the magic, but the results were regularly brilliant under Perry’s watchful eye.

Led by the weight of a haunting organ line, “Beat Down Babylon” is a striking hymn, plastered in sentiment and surefooted status. Junior Byles, a Jamaican singer, sings as if performing from the bottom of his gut, capturing a desire to reignite a spark that had funneled through the reggae genre for decades. It’s a very vibrant track.

Produced in the heart of Kingston, the track is bolstered by The Wailers’ scintillating harmonies, every harmony ebbing and flowing in the backdrop. Lee Perry offered it to The Wailers, thinking that it suited them, and the finished result is a sparsely constructed work that is heavy on atmosphere and awash with energy. Indeed, the backdrop is designed to decorate the vocals, which is why the singers sound so grand in the mix.

Replete with the quavering vocals Graham was known for, “Doctor Demand” rushes along with an urgency that could only have arisen from someone singing for their life. The song is feverish, capturing a change that was occurring across the world. The 1970s was a time of tremendous change, so it was only right that the music at the time reflected this sense of universal transformation.

“I Shall Be Released” – The Heptones & Jah Lion

Bob Dylan has written many multitudes of great songs, but “I Shall Be Released” is one of his most covered, probably because it transcends religion to focus on the importance of the soul in the midst of great change. And this makeover – driven by a hurried backbeat – is one zesty transformation, demonstrating the singer’s need to acclimate to the world as it presents itself to the people at large.

Although it never became as famous as the deeply sexual “Wet Dream”, Romeo’s “Three Blind Mice” is just as noteworthy, not least it features a brass section undulating behind the soaring vocal. And yet the brass never threatens the vocals, which are striking and polished in their delivery. As of the time of this article, Romeo is still alive and released an album called Father and Sons in 2014.

The King Scratch (Musical Masterpieces from the Upsetter Ark-ive) album features the 7’ mix, but any version of the track is worth listening to. It features an enjoyably bouncy guitar that makes way for a jaunty vocal that transports listeners into a world where dancing and love are the currency of the situation. Susan Cadogan’s vocal ricochets across the instruments, offering the tune an intimate listening experience.

Bustling under the tremendous weight of Boris Gardiner’s bass, “Police and Thieves” became something of a classic, highlighting the differences between the lower and upper classes across the globe. It was a huge hit in England, where it was covered by The Clash in 1977. Their version wasn’t as good as the original, but it did inspire Bob Marley to write “Punky Reggae Party”, so that’s something.

Perry worked with The Congos on their excellent Heart of the Congos, bringing together many of the proclivities that encapsulate roots reggae. There are many strong points on the album, but there’s something about “Fisherman” that merits its inclusion on the list. For one, the singing is infectious, but the production value is also worthy of the listener’s attention.

“Tighten Up” –  The Inspirations

The Inspirations were a vocal duo who impressed Perry with their material. Originally recorded at WIRL, the vocals were re-done at Jamaican favorite Studio One. The harmonies are tightly coiled, but there’s more going on in the background, which might explain why it’s commonly heard on radio playlists.

You didn’t think we were going to leave the producer off his own list, did you? And fittingly, the “Save for the best for last” aphorism really does apply here. The guitars sparkle behind the glistening vocals, while the drums clatter around the vocal, like a gardener decorating the backdrop for people to enjoy themselves in. It’s a beaut.