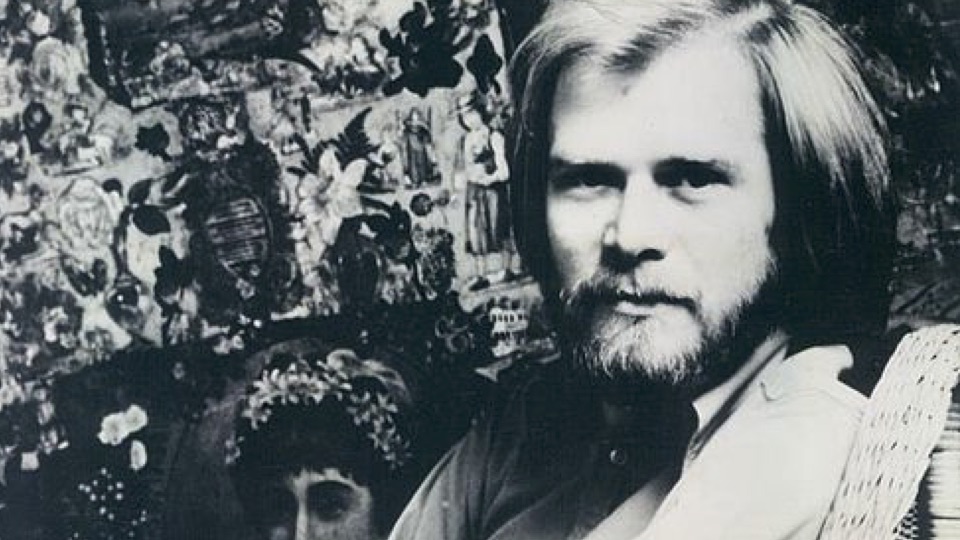 Long John Baldry was a force to be reckoned with. Not just in terms of his silky, theatrical vocals, but in person, too. Anyone who still remembers recording sessions with Long John will tell you that they often devolved into riotous affairs – and if sources on the recording of his 1971 LP It Ain’t Easy are to be believed, the Boogie-Woogie man recorded some of the tracks on the album flat on his back. Dare we ask why? We can probably imagine.

The fact is, while there may not be too much written about Long John, his story is one which is always going to be interesting to tap into. That’s why I’ve chosen to come back to the late bluesman, and in particular to what many listeners claim to be his magnum opus.

It Ain’t Easy recorded in the winter of ’70-’71, and released in the summer, is widely regarded as Baldry’s finest hour. It seems that Long John’s most popular work sprung forth in the 1970s. Between It Ain’t Easy, Everything Stops For Tea and Baldry’s Out!, there is a lot of love for LJB’s second decade in the charts. And for good reason, it would seem.

It Ain’t Easy is an incredible hodge-podge of blues. It’s very much Baldry’s most passionate love letter to the genre, bringing in standards from the likes of Ron Davies, Randy Newman, Willie Dixon, and Leadbelly. Baldry would continue to honor Leadbelly, in fact, with a final LP of covers released before his untimely passing in the early ’00s. However, while Baldry always played homage to the blues masters (even if it’s a case of name-dropping Robert Johnson here and there), he playfully plastered the greats with his own flamboyant and electric style. His was a charisma the genre has arguably not seen since.

Related: “Life In the ‘Colony’: When Elton John Waited On Customers”

It Ain’t Easy is notable for making use of various up-and-coming talents who would split off and become megastars in their own right. In particular, Baldry drafted in close comrades in Rod Stewart and Elton John, who would each take a half of the production work. To trained ears, there are clear differences in the production styles between Stewart and Mr. Dwight, however, Baldry always ties it all together. Did Stewart and John’s methodologies in the studio differ much? Maybe not, particularly as it seemed Baldry was always ready to swing into the next set of blues standards, quaffing champagne all the while.

This is an LP which is pivotal to Baldry’s growth as a bluesman. Only a few years away from his hospitalization, It Ain’t Easy plays as a celebration of sorts – while many of the tracks may not be riotous (not least as riotous as the behind-the-scenes action reportedly was), the raw passion seeps through. Baldry knew how to bring musicians together to bring the best out of the blues. Among the stars working on the LP, too, was Ronnie Wood, fresh out of The Faces and bringing his guitar along for the ride. He would, of course, go on to cement himself with further pop royalty as an essential member of The Rolling Stones.

It Ain’t Easy wasn’t Baldry’s first foray into blues, of course – he’d already piloted Bluesology, and had a number of LPs under his belt celebrating the genre. However, what this LP does do is move the Baldry of the 70s away from the Baldry of the 60s. Those in the UK, for example, who would remember him for his soft, silky ballad “Let the Heartaches Begin”, may be surprised to hear his takes on the likes of “Black Girl,” a Leadbelly staple which has been covered many times after Long John laid down his tune. This was a new Baldry – one who had finally found his flourishing, theatrical muse. This album sets the tone for his very best work, even if it may not be everyone’s favorite. Some would argue that Baldry’s best studio sessions emerged from Everything Stops For Tea a few years down the line. In any case, the ’70s stand as a very important period in the bluesman’s rise to prominence.

There are many standout tracks from It Ain’t Easy. The title track alone, borrowed from Ron Davies, may have done the rounds with other artists (David Bowie a year later, Three Dog Night and Shelby Lynne along the way) – but it’s become synonymous with Long John. This is even to the extent where he revisited the track for his 1991 album It Still Ain’t Easy. On the title track, he claims that while it (still) ain’t easy, he’d ‘toughened up along the way’.

Blues purists can hardly say Baldry doesn’t give his all to genre classics such as the aforementioned “Black Girl,” Willie Dixon’s “‘I’m Ready’” (a hit for Muddy Waters), and the 2005 re-issue’s take on “Love in Vain’” some of Robert Johnson’s most mournful work.

However, for US audiences, It Ain’t Easy will likely be best remembered for the smash hit which spawned from its first few tracks – “Don’t Try To Lay No Boogie-Woogie on the King of Rock and Roll”– a Jeff Thomas-penned tune which would be his biggest hit on American soil. In fact, it was his sole appearance on Billboard, peaking at number 73. What Baldry may have lacked in singles chart success, he gained back from industry reverence. Notoriety, the man may well have suggested.

It Ain’t Easy is a fascinating listen, and the expanded CD from 2005 is especially worth revisiting. Baldry’s life and career are worth piecing together through archive material, and through what fellow legends he worked with have said about his unique workmanship. It’s all the more disappointing Elton John’s biopic failed to honor his dear friend’s influence. But who knows – maybe somewhere down the line, a Long John biopic could be worth watching. Now that’s a film I’d love to cast.