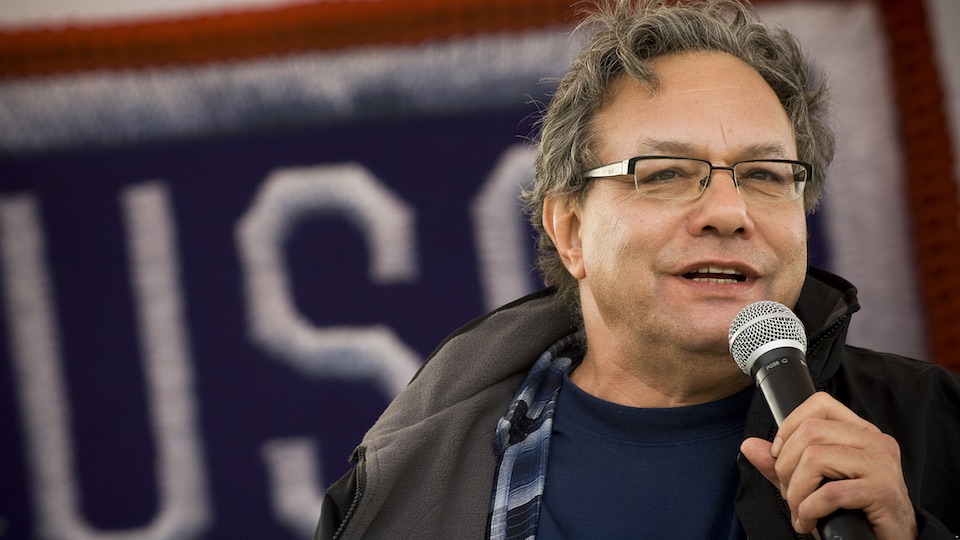 Lewis Black is something special — although he’d be the first to sarcastically say how unspecial he is, but that’s all part of the curmudgeon’s peculiar, acerbic charm. Given that Black has been popular for years only proves how his brand of irreverent comedy is timeless, especially in today’s climate. Leave it to the irritable septuagenarian to keep us guessing what will get his blood boiling next, and somehow get us to join him in his disgruntlement.

After all, what’s the point in being positive when there is so much to be pissed off about? Surely that’s what Black’s been trying to tell us all these years, and such negativity is a no-brainer in terms of good comedy. Sunshine and unicorns probably give Black an allergic reaction, so he stays on the safe side by burying the bright spots (not that he notices many). Ranting is his “rainbow,” but Black makes sure a dark cloud covers all the colors. Sounds grim, but it’s comic gold.

Fans can’t get enough of Black’s anger issues and all-around impatience. The notion that he’ll blow his stack any second keeps us on the edge of our seats. His frustration is funny, and there’s no shortage of topics for him to lose his cool over. No topic is off-limits, sensitivity is a sin, and he’ll fume until he ignites a fire inside all of us.

Along with the above, these three reasons are why Lewis Black’s brand of comedy never gets old and what keeps us watching and listening through all his kvetching.

Politics – The Gift That Keeps On Giving

No matter your political leanings, there’s hardly a soul who wouldn’t say that politics is more astonishing than ever. Not a day passes without something wild or weird coming out of the White House, and Black is ready to plop down his two cents on the table to start a one-way conversation. Politics will never become boring. We all have an opinion, but Black takes this “topic du jour” to a whole new level of lunacy.

Black loves pushing people’s buttons. It gives him a buzz. Sure, not too many comedians care if they are insulting or insensitive, but Black will figuratively bash folks over the head with his hotheaded humor that borderlines on bullying. He’d probably like to do the bashing literally too, but he’s no brute. Pick any subject and Black will find a way to tear it to shreds, making us laugh at things we know aren’t appropriate to chuckle over. Black has a knack for making things as awkward as can be, and yet we still can’t help but find the humor.

Grumpy Is The New GQ

Black could care less about Keeping Up With The Kardashians, or anything else trendy or “Top 10,” for that matter. Some may find him handsome, but looks aren’t the comedian’s crutch. He goes for pure grump and does so with 100% grit and zero grace. The up-and-comers don’t faze him unless they make for an intelligent bit Black can slip into his stand-up act. Otherwise, he’s got his own agenda – a promise to never “sell out” or get silly. It’s what fans expect and enjoy. Why experience pent up anger when it can be a lifelong career?