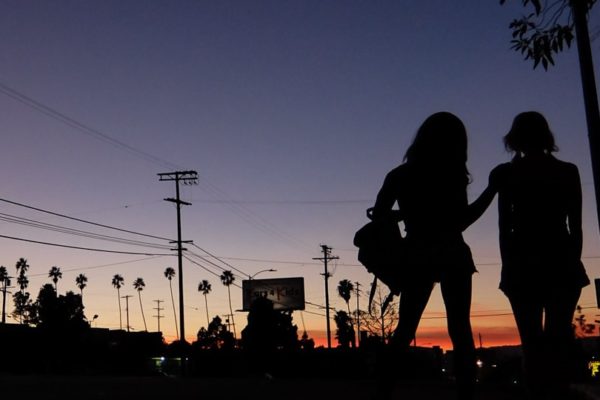 Los Angeles is arguably America’s most self-reflective city, determining its identity while continuously re-inventing it, exerting profound cultural influence through its hometown industries but negligent of its own history in pursuit of the next big thing. Hollywood is a storyteller but an attention whore, for in this town of tinsel where the only limits are of imagination, being anonymous is just about the only thing that Hollywouldn’t. Perhaps it is the ultimate self-absorbed gesture, the town that makes movies making movies about itself, but LA is a fascinating and worthwhile case study for film-lovers. Only in LA could regarding oneself be public and profound and periodically popular. This is the dichotomy of LA: Surface is substance. Here are five films that interpret Los Angeles through the flicker of its own shadows and light.

There is no deadlier aimer of poison arrows than Billy Wilder, and he hit no bullseye as squarely as he did with Sunset Boulevard. With its locale of impersonal movie lots and gauche mansions, of drug stores swelled with hopefuls and apartment buildings sweating hopelessness, Sunset Boulevard is equal parts crime story and character study, cynical satire and hardbitten noir. Understanding that film is a medium of surfaces, Wilder uses the veneer of Hollywood fantasy to tell the truths of Hollywood reality. Everyone from Erich Von Stroheim’s quietly desperate manservant to William Holden’s wryly flawed screenwriter represents Wilder pointing the lens onto himself. But the centerpiece of Hollywood’s best film about itself is its own glorious legend: Gloria Swanson. No screen performance has etched itself into our collective unconscious as permanently as Swanson’s grandiose dame of a wreck, Norma Desmond. Swanson’s inhabitation of this character is nothing less than a miracle of craft. Norma Desmond is a fully realized being, batty and terrified, composed entirely of her own images. It is the first great film performance about film performance, and it could only have come from a silent era actor. By the time the movie slams to its inevitable, questionably tragic ending, the world has adopted “I’m ready for my closeup” as a mantra. Sunset Boulevard has staked a claim no one has yet usurped as the definitive pic about Hollywood.

By plot, LA Confidential is a detective story. But in every element from narrative to art direction, it’s a pronouncement. The propulsive narrative comes courtesy of James Ellroy, the demon dog of American letters, an Angeleno native son whose books — heavy on rat a tat tat — should fare better as screenplays than they generally have. LA Confidential is the exception — magnificently so. That’s due not just to the juice Ellroy injects into the story by creating a troika of leading men playing good-cop/bad-cop as reflections of their own best/worst selves, but because every element of this film perfectly renders its bygone era. It’s all here: the oil fields in South LA, the steppes in Boyle Heights, the art deco city hall, the Neutra houses, the bungalows, the Frolic Room, the Formosa. But to call LA Confidential a museum piece is to miss the point: Director Curtis Hanson is using nostalgia as a warning shot to an LAPD that was, in 1997, beset with controversy. Anyone who joneses for old Hollywood may very well have already committed LA Confidential to memory, which is appropriate because LA Confidential tells its tale through the tropes of classic movietown gangster reels.

If ever a society has made a place for the bourgeoisie, it’s rich folk in Los Angeles; and if ever any society ran counter to that, it was hippies. These worlds collide in I Love You Alice B. Toklas, which is a Paul Mazursky film in every way except the director’s credit. Mazursky made his name as the screenwriter of this tale of an uptight attorney on the path to upper middle class accomplishment whose existence is undone by the arrival of a hippie chick bearing a pan of pot brownies. If that sounds familiar, it’s because Mazursky brought the concept full circle 20 years later with Down and Out in Beverly Hills, but 1960s Los Angeles provided seismic territory for Mazursky’s razor sharp sociological insight into a subculture factioned off by its own success. These factions become fractures, and it is between these spaces that Mazursky both tells the story and calls out its context. The inference is between conventional respectability and the convention-defying free spirit, with both the elite and the counterculture drawing the audience into the trap Mazursky lays. I Love You… is a sociological examination played with a charm correctly ascribed to the bourgeoisie and correctly called discreet, that led the way for forthcoming revolts from Model Shop to MASH.

In LA you cannot separate tales from topography. (See Sunset Boulevard above.) The literal and cultural spine of the city is Santa Monica Boulevard, which traverses it geographically and symbolically before arriving at the Pacific Ocean. Tangerine follows two friends from the hood as they navigate SMB which serves as real an urban landscape as there is, a neon mosaic of strip malls, donut huts, and hot sheet hotels; of shadowy strolls on the side streets of film lots; of jostling bus rides to the never-ending hope of audience validation. Tangerine‘s Hollywood is eviscerated of glamour in every way but the spirit of the lead actresses — tellingly fixing their faces in a drag bar, cleaning their clothes together in a seedy laundromat, gifting a benefactor cabby a shoplifted air freshener. A quasi-documentary (shot entirely on IOS), Tangerine allows the gender politics of the cast and their characters to speak for themselves amidst traffic lights and fistfights. Dreamy and rough, audacious and poetic, this Hollywood fable is so bent that the donut shop at its center got a real-life sequel. It’s now an upscale pastry shop helmed by a celebrity.

Everything that an LA story should be, right down to technicolor, dance numbers, and Griffith Observatory, gets shown off in La La Land. Sure, the script is thin, but the joy of the film overrides any quibbles. That’s an applicable description of most canonical movie musicals which were often just as devalued as La La Land has been. Yet like its predecessors, La La Land understands the power of an audience. From its coloring book palette to assured pacing to its easy flow that offramps and merges as effortlessly as the freeway in the opening number, La La Land delivers a cautionary tale performed with exuberance. Director Damien Chazelle may not have invented the self-absorbed allegory but with La La Land he places the theme upon the screen perfected, thereby assuring himself, his stars, and the city and mindset he’s trying to make sense of a place.