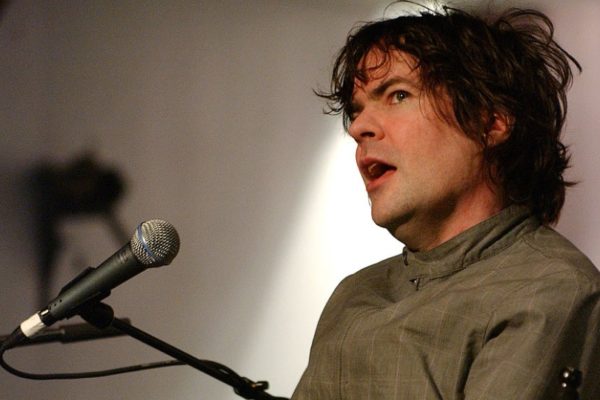 The uber-talented Jon Brion has done sterling work composing scores for several films by director Paul Thomas Anderson, including Magnolia, Punch-Drunk Love and Hard Eight. He’s played with the bands ‘Til Tuesday and Jellyfish, and produced albums for Rufus Wainwright, Best Coast, and Robyn Hitchcock. Brion even worked with Kanye West on Late Registration. His live performances have received rhapsodic reviews from critics and fans. Back in 2001, he released a fantastic solo album entitled Meaningless. Haven’t heard of it? You’re not alone. After Lava — a subsidiary of Atlantic — declined to release it, Brion put out the album on his own label, the aptly named Straight to Cut-Out Records. Yet Meaningless is a power pop gem, loaded with excellent songs worthy of a wider audience.

Just look at a few key tracks on the record: The opener, “Gotta Start Somewhere,” is a gentle acoustic number that starts off the album on a hopeful note. Next up is the sprightly “I Believe She’s Lying,” co-written with frequent Brion collaborator Aimee Mann. Then comes the guitar-driven title tune, featuring some excellent playing by Brion. In fact, he masterfully plays most of the instruments on the disc, though the song “Trouble” does feature guest appearances by veteran rockers Benmont Tench on keyboards and Jim Keltner on drums. One of the album’s greatest strengths is that introspective tracks like “Hook, Line and Sinker,” sit comfortably alongside the more rocking songs, such as “Walking Through Walls.” There are even some lovely surprises, like “Her Ghost” which sounds like some long lost collaboration between The Beatles and Burt Bacharach.

If you’re a fan of The Fab Four, Elvis Costello or Big Star, you’ll feel right at home listening to Meaningless. Brion was a member of a pair of short-lived power pop outfits — The Bats and The Grays — both fondly remembered by a small but loyal group of in-the-know fans. That previous experience has served him well here as he’s created an album filled with clever wordplay, intricate melodies, and expansive production that would make Brian Wilson smile. Take for example, the ironic, piano-driven ballad “Ruin My Day” which sports the lyrics: “I don’t wait by the phone like I used to…I don’t hope for kind words you might say…You don’t prey on my mind like you used to…But you can still ruin my day.” Clearly, Brion hasn’t gotten over that former love just yet, and as listeners we’re forever grateful.

On a personal note, Meaningless now ranks as one of my favorite pop records. It sits comfortably alongside such fully realized works as Matthew Sweet’s Girlfriend and Fountains of Wayne’s Welcome Interstate Managers, two modern-day power pop classics. I can understand why the record company hesitated to release this in the early 2000s. It’s a throwback to a much simpler, more elegant sound that was out of step with the harder edged, punk-fueled music that was selling at the time. It’s no accident that the album closes with an excellent cover of Cheap Trick’s “Voices.” Brion knew he was harkening back to an earlier era. I for one can only thank him for it.

0 comments on “Jon Brion Is Anything But Meaningless”