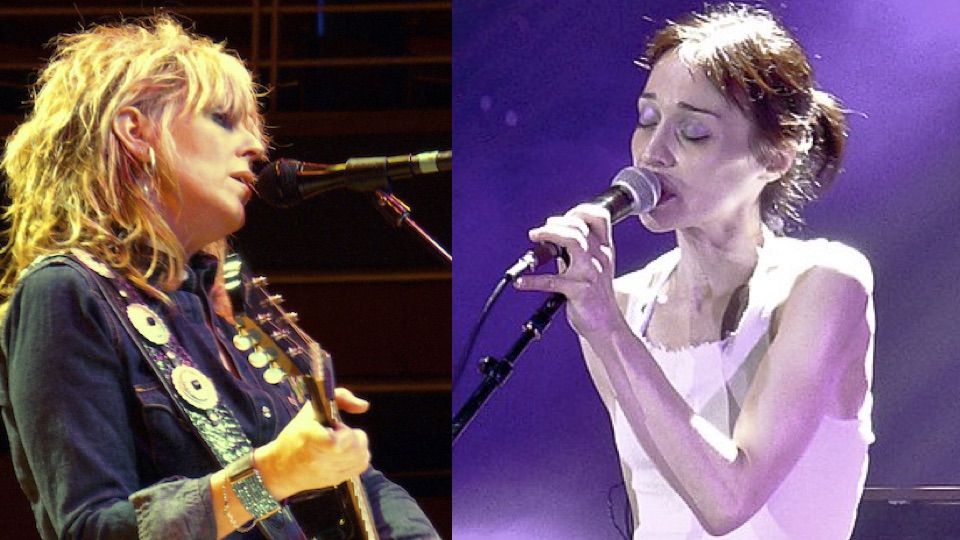 I happened to hear Fiona Apple talking about her new album, Fetch The Bolt Cutters, on Democracy Now! The conversation between her and host Amy Goodman, sprinkled with a few song snippets, made me want to take a listen. And then another, and another. A few days later I listened to Lucinda Williams’s new release, Good Souls Better Angels, several times. Musically speaking, it was a good week.

Related: “Miles Davis at 94: Still Cool As Ever”

Both albums are musically and lyrically engaging, intelligent, and without an iota of self-consciousness. Their musicality and vibe are quite different—FTBC blends DIY whimsy with superb musicianship and creative, genre-subverting instinct; GSBA masterfully dips into rock and blues with an exquisitely expressive electric guitar. Yet they both have a self-aware, emotional intensity that I find refreshing at this moment when the voices of fools are so ubiquitous and loud. These women are astute observers of human behavior, brilliant songwriters, and exceptional vocalists. There’s no bullshit here, so be prepared.

The past few years have newly sensitized me to the everyday sexism in the culture and in my own life. So when Fiona sings, “Kick me under the table all you want, I won’t shut up,” it resonates, literally and metaphorically. I relate to her cerebral reflections on her former self, susceptible to the judgments and definitions of others. FTBC celebrates a new level of self-knowledge and living life on her own terms, with clarity.

GSBA, in contrast, is more uncertain; fragile. It’s a dark album that gives voice—and what a voice it is—to the despair and rage many have been feeling for the past few years. She struggles with personal and public evils, trying to hang on to hope. Willliams’ ability to add a complex emotional nuance to even a simple lyric is on full display. Every song on GSBA, and FTBC, delivers musically, lyrically, and vocally; selecting highlights is a delightful challenge.

GSBA opens with “You Can’t Rule Me,” a rousing “fuck you” that captures the delicious rudeness of all great rock and roll and sets the mood for the hour.

The melodic and inspirational “When the Way Gets Dark” is one of my favorites. The vocal, instrumentation, and lyrics are all superb. It became an earworm for me, but it was quite pleasant. “Good Souls” is the album’s calming close. It’s a seven and a half minute waltz-like meditation or prayer of gratitude for the “good souls” who help her feel fearless and who’ll guide her home with “a hand at her back” when she “strays from the pack.” It provides closure and emotional reset after an intense but satisfying hour.

FTBC also offers an intense hour, opening with “I Want You to Want Me,” a piano ballad that, like the opener of GSBA, sets a tone of audaciousness. “Shameika” reflects on mean girls and bullies—a theme that comes up more than once on the album—and offhand remarks that, for better or for worse, linger in your psyche for decades.

The title song, “Fetch the Bolt Cutters,” digs deeper into the album’s overriding metaphor of breaking free from people, ideas, situations, and the parts of yourself that keep you from your authentic self. She wants out, “whatever happens.” About the judgments of others, she says, “I listened because I had not found my voice yet, so all I could hear was the noise that people make when they don’t know shit, but I didn’t know that yet.” She recalls, “I grew up in the shoes they told me I could fill, shoes that were not made for running up that hill, and I need to run up that hill, I need to run up that hill, I will, I will.”

“Relay,” with its tribal drums, unexpected changes, and engaging lyrics is a good example of the album’s artful quirkiness. She chants, “Evil is a relay sport when the one who’s burned turns to pass the torch.” She continues in a bluesy interlude: “And I see you keep trying to bait me, and I’d love to get up in your face, but I know if I hate you for hating me, I will have entered the endless race.” There’s a lot going on here.

“Newspaper” is a poetic and engaging post-mortem of a love triangle. Apple’s soaring vocals against a Middle Eastern-ish percussion groove makes it one of the most sonically interesting—of many sonically interesting—cuts on the album. Apple has spoken in interviews about how women shouldn’t let men pit them against each other, a point of view expressed in “Newspaper” and in the next cut, “Ladies.” Here, a playful bit with quasi-spoken lyrics about happily bequeathing items to her ex’s new girlfriend alternates with more serious musings: “Nobody can replace anybody else so it would be a shame to make it a competition; And no love is like any other love, so it would be insane to make a comparison with you; Yet another woman to whom I won’t get through.” The clean, insistent percussion brought to mind Lennon’s “God.”

“Heavy Balloon” is for Apple what the “Big Black Train” is for Williams. “People like us we play with a heavy balloon; We keep it up to keep the devil at bay but it always falls way too soon.” Other metaphors for depression: a Sahara-like sun so hot it forces life to retreat; the relentless, gnawing of a rat, and a boa constricting a hose, so “nothing flows and the pressure grows, instead of the seed.” Continuing the garden imagery and the theme of breaking free, she declares, “I spread like strawberries/I climb like peas and beans/I’ve been sucking it in so long that I’m busting at the seams.” The percussion-only, mantra-like “On I Go,” with its momentum and certainty, is a satisfying, summarizing conclusion.

Listening to music closely requires letting one’s guard down and engaging. This has been difficult lately. The pandemic, police brutality, and daily validation of the fears I’ve held in my heart since November 2016 leave me in a state of high alert and anxiety. But these two albums are exactly what I need right now. Maybe they’re what you need, too.