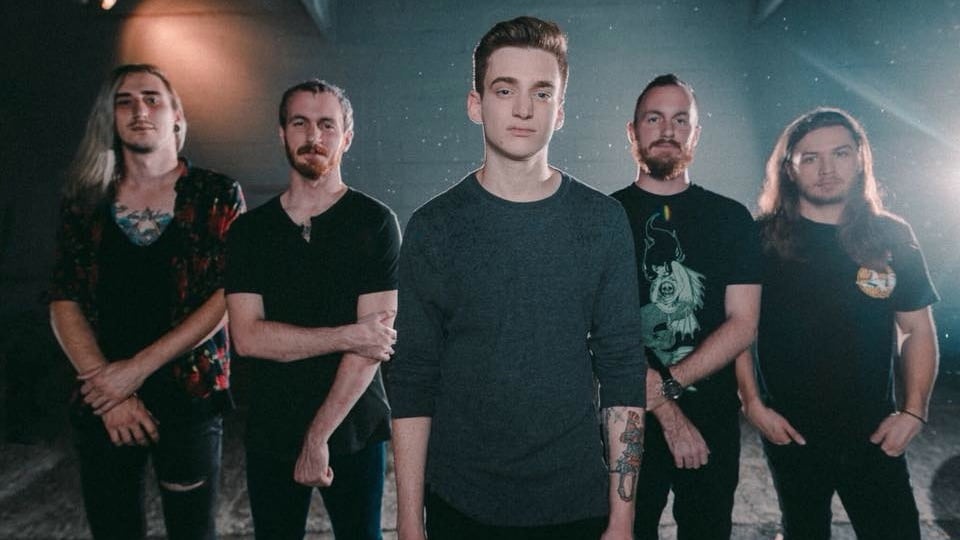 Much is made of rock bands that have lost their magic when they lost their lead singers: The Doors, The Beach Boys, and even Van Halen at least once if not twice. But what about groups that alchemize when a new lead singer arrives? Such seems to be the case with Makari, a Florida-based quintet, which is now attaining next-level excellence thanks to the addition of new frontman Andy Cizek. The band’s new album Hyperreal is nothing short of astonishing while Cizek’s full-bodied covers of old numbers like “Afterglow” are sure to reward longtime fans with newfound pleasures. Check out our interview with Cizek below.

Q: Your voice and the band have a seamless fit. Did you guys click immediately or did it take a while to get into a groove? Was there a moment when you felt it all come together?

A: I’d say it was pretty seamless. The guys sent me the instrumental demo for “Control” from states away, I recorded scratch vocals, and it felt really natural. I flew to Florida shortly after to record the final version with Andrew Wade and when it was done, I think we all knew this was the perfect fit for both parties.

Q: Given that Makari had put out a couple of EPs prior to your joining, is there anything from the back catalog that you’ve particularly enjoyed singing?

A: I was a huge fan of Elegies before joining. I love singing “Afterglow” because I enjoy the unique melodies and melancholy nature of the song. I also have a blast singing “Paper Ghosts” from the Ghost Stories EP because it’s a nice easy song and it always gets the crowd pumped up.

Q: You and the band have toured extensively this summer. Was there a city that struck you as exceptionally memorable?

A: I couldn’t pick a favorite city, but every single show we’ve played in Texas has been amazing. The music scene is incredible there, the crowds are wild, unlike anything I’ve experienced back home. Houston, McAllen, and El Paso were some of the most memorable.

Related: “Tex-Mex Music: The Best of the Border”

Q: The title song on Hyperreal has a great line: “I wanna take back / All the things I said / Subvert the actors and actresses / Make my life a movie where / You’re the highlight reel.” So… who would you want to play you in a movie and why? (The actor can be from the past.)

A: If I’m being idealistic I’d say Frank Sinatra, Kurt Russell, or Tom Hardy (because they’re badass). But being realistic it’d probably be more like Macaulay Culkin, Michael J. Fox, or Andrew Garfield (because they’re scrawny).

Q: It sounds like you throw yourself completely into the songs. How you make sure your voice isn’t wrecked after a series of concerts?

A: I’m always singing at the top of my range, it’s tough! I have a pretty strict routine that I abide by on tour (teas, lozenges, throat gargles, as much water and sleep as I can possibly get). I warm-up my voice thoroughly before each show and practice vocal rest when I’m not performing. Some nights are easier than others, especially if we’re lucky enough to have had an off-day or two. Provided I’m taking care of myself, I usually stay pretty fired up!

Q: Are you still working with your former band WVNDER?

A: Yes. We’ve become more of a studio project these days, as I have Makari now and most of the guys in WVNDER aren’t interested in touring anyway. However, we come together and write music whenever we get the itch. We’ve just finished tracking our third full-length album with the incredibly talented Jamie King, and that will be coming out early 2019!

Q: The closing song has a refrain that starts off “We have all been scared to lose our glow . After all, after all.” But your performances sound pretty fearless. What actually does scare you?

A: I think that song is a good portrayal of my actual fears. Mortality scares me. Running out of time, and not knowing what’s going to happen to me or my loved ones when we die. The plus side of that fear is that it compels me to seize the day, and cherish the time I have. Also spiders. Gross!

0 comments on “Makari Is Born Anew”