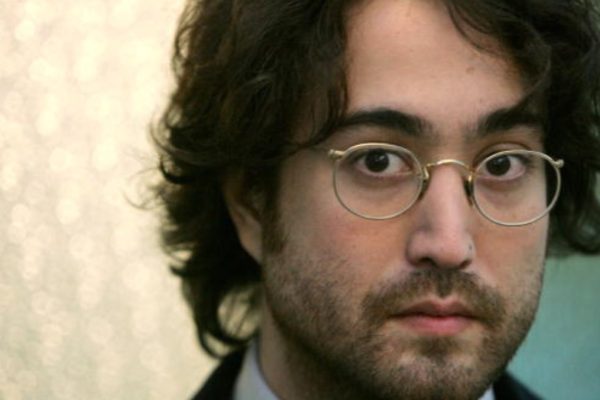 Going into the family business gets a lot more complicated when you’re a musician following your parents’ path. It’s tough enough to be “the boss’s kid” when you’re stepping into your mom’s or dad’s dentistry practice but what if the boss in question was Bruce Springsteen? No, so far none of the offspring of Springsteen and Patti Scialfa have embarked on musical careers, but the children of plenty of other renowned artists have. And any advantages they may have enjoyed in that regard are undoubtedly offset by having to shake off the shadow of their famous folks and establish themselves as artists in their own right. Here’s a handful of impressive scions of innovative musicians who’ve managed to make their own way in the music world.

1. Amy Allison
Though she’s the daughter of legendary jazz singer-songwriter-pianist Mose Allison, Amy Allison found her mode of expression in country music. In the mid ’90s she was half of the alt-country duo Parlor James along with Ryan Hedgecock, erstwhile guitarist of ’80s roots rockers Lone Justice. But around the same time she also kicked off her recording career as a solo artist, bringing a dark lyrical sensibility and keening croon to songs that gently updated the classic country template while keeping a firm foothold on the rootsy side.

[amazon template=right aligned image&asin=B0000029DD]2. Jeff Buckley
Jeff Buckley inherited a lot more from his father than just a photogenic mug. Tim Buckley was one of the most innovative singer-songwriters of the ’60s and ’70s, and the owner of an almost superhumanly flexible voice. He passed away in 1975, but a couple of decades later, the son he never really knew emerged as one of the most powerful young vocalists of his generation. Jeff Buckley only released one album during his lifetime before following his father a step too far towards a similarly untimely death, but his short, shining career became massively influential.

3. Femi Kuti
Femi Kuti may not have invented the Afrobeat genre that blends R&B/funk grooves with African musical traditions — it was his father, the iconoclastic visionary Fela Kuti who did that — but he’s better than anyone at carrying the flame forward. London-born, Lagos-bred Femi played in his father’s band as a teen, and released his first album a couple of years before Fela’s 1997 death. But since his father’s passing, he has emerged as a powerful force in pushing the Afrobeat legacy further into the future. FYI, Femi’s younger brother Seun has been instrumental in this effort too.

4. Sean Lennon
Julian was the first of John Lennon’s offspring to make a musical name for himself, and has distinguished himself over the years as a worthy tunesmith. But his younger half-brother, Sean, has the double distinction of walking in the footsteps of his mom, Yoko Ono, as well. He released his solo debut, Into the Sun, in 1998, showing from the start that he’d inherited some of his dad’s songwriting smarts (not to mention his vocal style). Ever since, he’s continued to create compelling, challenging music under a multitude of umbrellas — with girlfriend Charlotte Kemp Muhl in duo The Ghost of a Saber Tooth Tiger, with Primus’s Les Claypool in The Claypool Lennon Delerium, with Deerhoof’s Greg Saunier in Mystical Weapons, or as a producer and accompanist on his mother’s latter-day output.

[amazon template=right aligned image&asin=B00H050QD4]5. Rufus Wainwright
Rufus Wainwright released his first album in 1998 too, but unlike Sean Lennon, he never sounded even remotely similar to either of his musician parents. The son of sardonic singer-songwriter Loudon Wainwright III and Canadian folkie Kate McGarrigle initially crafted a sound that seemed to evoke ’60s art-pop auteurs like Harry Nilsson, Van Dyke Parks, and Brian Wilson more than anyone listed on his birth certificate. In fact, singer-songwriters abound in his family (Sloan Wainwright, Martha Wainwright, etc.); and though it’s too soon to tell, as the father of Leonard Cohen’s granddaughter Viva, he may just keep that chain going.

6. Dweezil Zappa
Dweezil’s been in the news a lot lately precisely on account of trying to pick up where his father, Frank Zappa, left off. Like his late dad, Dweezil is a virtuosic guitarist, and having closely studied his father’s music, he’s uniquely qualified to perform Frank’s canon live, which is exactly what he’s been doing. But after the death of his mother, Gail, in 2015, Dweezil’s brother, Ahmet (with whom he once had a band called Z), brought a lawsuit against him, attempting to stop him from using the family name in the Zappa Plays Zappa banner under which he frequently tours. It should be noted that Dweezil has also unleashed some excellent material of his own, but he continues to battle against the unreasonable assaults of his brother to bring Frank Zappa’s music to eager audiences.