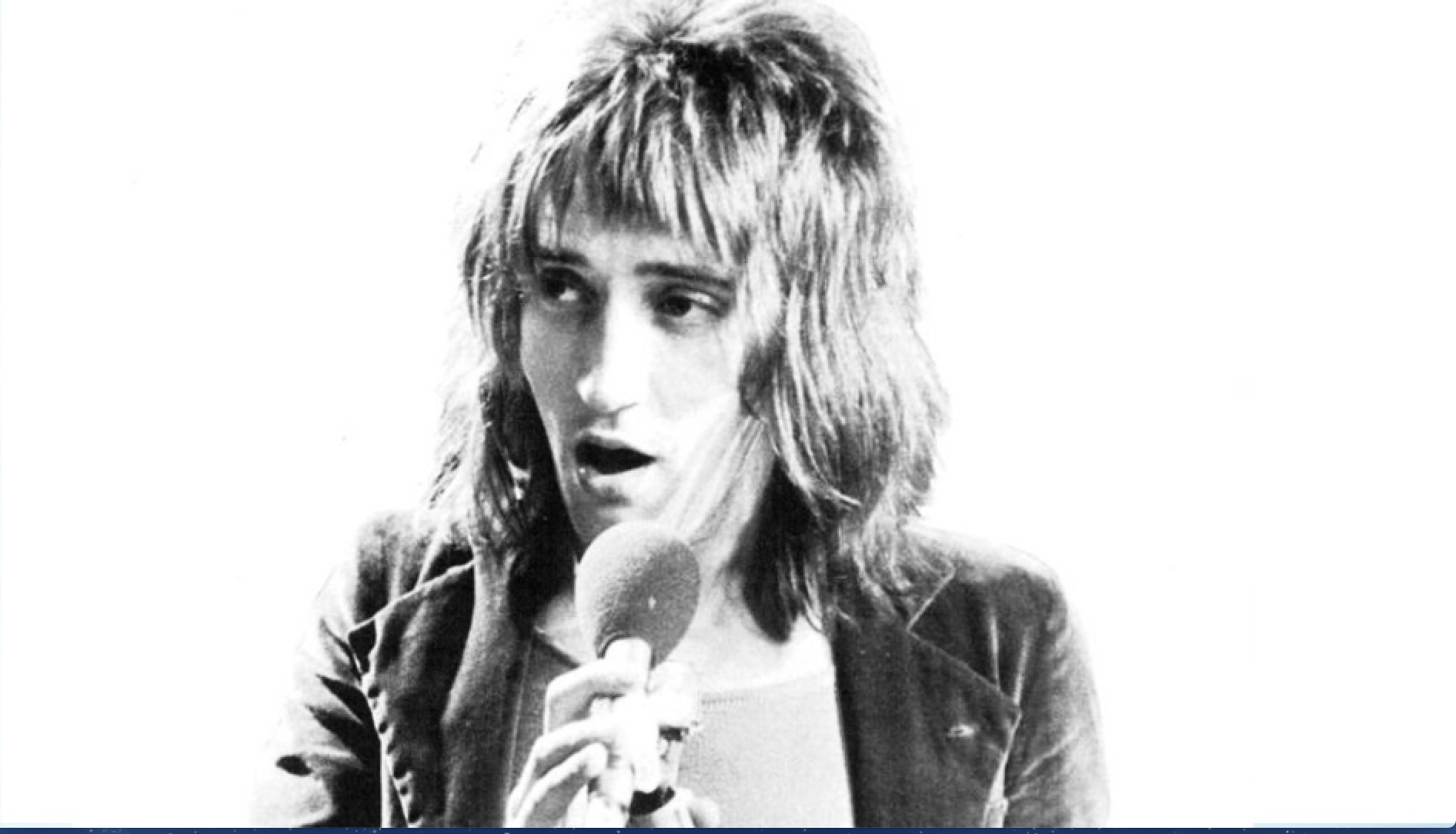 When Rod Stewart warbled about some guys getting all the breaks, he could’ve been singing of himself getting a HUGE one…from a fellow musician.

Back in the day, Rod was a forlorn 18-year-old bloke without a band and singing a blues song at a London railroad station when Long John Baldry approached him. Perhaps Rod was singing the blues because he was remembering how two years earlier, he and his band, the Moontrekkers, had auditioned for producer Joe Meek only for an irate Meek to run into the studio with his fingers in his ears, order Rod to take his offending voice out of the building — but then signed the rest of the Moontrekkers. Meek later went on to shoot both his landlady and himself, while Rod went on to a never-ending career, one kick-started by Baldry.  Rod recalls:

“Long John launched me on my musical career.  I was singing a Muddy Waters song in a railway station when he ran over to me from the other side of the tracks. I had just been to see him play at a club; he was one of the top bluesmen in England.  And now he was asking, ‘Would you like to join the band?’  For me, just shaking his hand – knowing all the great musicians whose hand he’d shaken before – was mind-blowing.  I was a huge fan and was intimidated by his offer.  Rod Stewart wasn’t in demand in those days; no one was interested. I immediately said yes.”

If Rod thought he was intimidated by Long John, imagine being an unknown, unemployed musician and you find yourself auditioning for … Paul McCartney and George Harrison?

Such was James Taylor’s fate. Danny Kortchmar (the guitarist in his old band, The Flying Machine) gave Taylor’s demo tape to Peter Asher (of Peter and Gordon fame) but then the A&R head/talent scout for the Beatles’ new label, Apple. James explained how Asher informed him of his audition date:

“Thankfully, Peter only told me about an hour before it was going to happen.  I wouldn’t have slept for a week if it had been a week ahead.”

After singing some of his songs, James signed a contract becoming Apple’s first non-British act. There’s no truth to a rumor that in this contract, in extremely small print, is a clause that states, “James Vernon Taylor hereby grants George Harold Harrison to appropriate one of Mr. Taylor’s Apple audition songs, ‘Something in the Way She Moves,’ as a lyric in a future Harrison song.”

But as much as some musicians long to help fellow musicians, sometimes it’s not the best idea for them to run their own record label. Danny Hutton, Chuck Negron, and Cory Wells found this out firsthand when the singers’ band (Redwood) almost signed with the Beach Boys’ label, Brothers Records.  Beach Boys leader/songwriter, Brian Wilson, wanted Redwood to record his song “Time to Get Alone.”

Negron explained how the heads of Brother Records made him think, “Oh brother!!”

“(Beach Boys’) Mike Love, Carl Wilson, and Al Jardine came to the studio and heard our version of ‘Time to Get Alone.’  They maneuvered Brian into the control booth and reduced him to tears. Danny, Cory, and I were in the studio and could see it all happening through the control-booth window.  It was as if Brian had turned into a little boy.  The others were doing most of the talking, like overbearing, controlling parents.  Brian would move away and they would block his escape.  When Brian came out of the booth, a tear dropped down his cheek. And this brilliant musical icon weepingly told us, ‘We can’t do this.  I have to give the songs to them.  They’re family and I have to take care of my family.  I’ll give you any amount of money you want to finish an album, but I can’t produce it.  They won’t let me.’”

Redwood soon found a new producer, a new name (Three Dog Night), a new label (ABC-Dunhill), fame, and fortune.  They also greatly raised the profile of another musician, Randy Newman, after Three Dog Night covered his song “Mama Told Me Not to Come.”  Cory Wells found that Mr. Newman had a sardonic way of expressing his gratitude:

“Right after it hit No. 1, I got a phone call from Randy and he said, ‘Thanks for putting my kid through college.’  And then just hung up.”

But for every back-handed compliment, there are countless stories of musicians lending a helping hand to others of their ilk.  The most famous tale is of Animals’ bassist Chas Chandler taking the unknown, flat broke Jimi Hendrix under his managerial wing, and then took him to England. Chas even put together Jimi’s band, convincing bassist Noel Redding and drummer Mitch Mitchell to be part of Jimi’s “Experience.”

Then there are those musicians (like Charles Manson) one musician (Beach Boy drummer Dennis Wilson) wished he had never helped…or even met. But that’s another story.