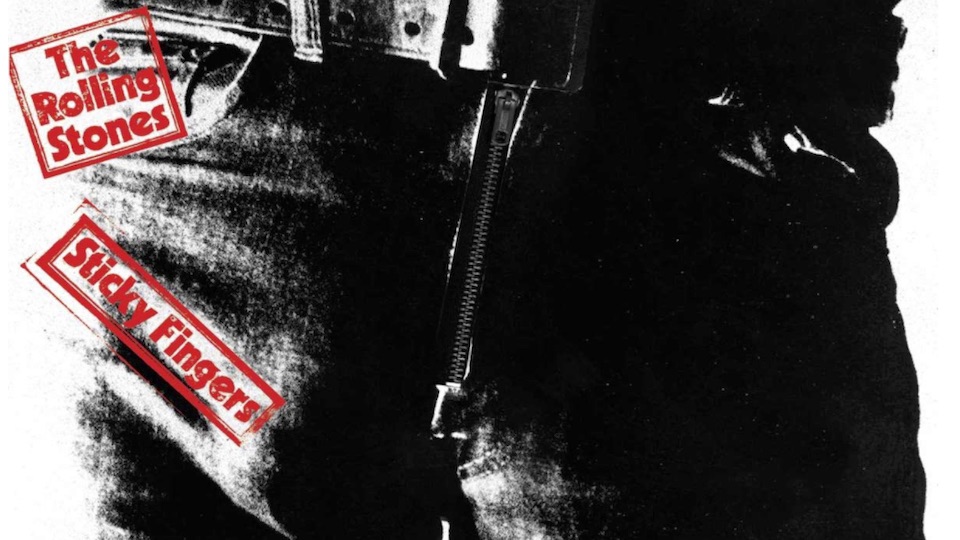 The Beatles were cheeky, The Who were naughty, and The Stones…they were sexy. They started off as charming, handsome bluesmen, as eager to pass their fingers down a skirt as they were down a Fender or Telecaster. By the dawn of the seventies, The Rolling Stones had discarded any semblance of innuendo for a lecherous long-player.

Related: “Reconsider Me: ‘Black and Blue'”

Sticky Fingers flaunted the thinly-veiled crotch of a jeans-clad model. Many have since assumed that the figure is none other than Mick Jagger himself. It isn’t, although the pants certainly boasted a sexual gravitas comparable to the raw performances Jagger boasted at their gigs.

Jagger came closest to becoming band pin-up, especially in the early days. The other four were no slouches, what with Keith Richards’ bohemian postures and Mick Taylor’s doe eyes. We can’t forget Charlie Watts, a drummer with a  penchant for Saville Row suits, and Bill Wyman’s brooding good looks. Any one of them could have legitimately featured on the cover of a teen magazine, and all five of them gallantly posed for a promotional advert in varying forms of undress.

For those who’d seen any, um, “shortcomings” exposed by John Lennon in 1968’s Two Virgins cover art, this was hardly pornographic, but the quintet was more than happy to continue their foray into an idiom even more profane. From “Brown Sugar” to “Can’t You Hear Me Knocking,” Sticky Fingers charges with animal energy emanating from a place of tremendous lechery, barely taking a moment to breathe with the wistful “Sway.”

“Sister Morphine” (co-written with Marianne Faithfull) brought audiences from a world of sexual addiction into the darker terrains of drug consumption, while blues standard “You Gotta Move” sounded even more primal through Jagger’s mouth than it did in Sister Rosetta Tharpe’s.

With typical nonchalance, Jagger burst The Beatles’ bubble of popularity with a tone of boastful indifference: “It’s good for us. I’m very sorry they broke up, but there you are, you can’t have everything. They’ve been together a long time.”

Instead, Jagger channeled the spark that journalists had foolishly written off as competitive, for a sprawling, soul-tinted spectacle that ends the album on a somber note. “Moonlight Mile”, much like the parochial “Wild Horses” that preceded it, showcases a lyricism unheard of on the thunderous riff-fest that would be Exile On Main Street.

Indeed, for some, this is the single most moving song in the band’s canon, though the Stax flavors heard on “I Got The Blues” are also remarkable, while the honky-tonk punch of “Dead Flowers” is one of their more impressive rockers.

Taylor and Richards were letting themselves go with more fluidity, capturing the mercurial, muscular singer’s stage performances with riotous energy entirely in keeping with the decade’s aesthete. And primed as they were to push forward, the two-guitar band captured a movement more interested in sex than story. It worked, hitting the number one spot on the British charts in May 1971, before making an imprint amongst the American public that same year. Laced from “zip” to toe in innuendo, Sticky Fingers (the most successful record The Rolling Stones had yet committed to tape) is a document of its time, essaying a view that might not align with contemporary values. But what an exhibition it is, demonstrating The Rolling Stones at their tightest, loosest, and most downright sexy.