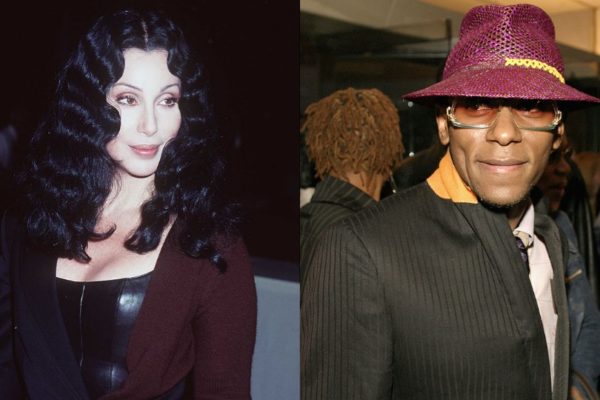 Recently, I took a look at the lesser-known, non-Beatles films of Ringo Starr, which got me thinking: what famous musicians have been able to make the leap from pop star to movie star? Many try — right now in theaters, you can see Harry Styles (One Direction) as a pretty believable soldier in Dunkirk and Flea (Red Hot Chili Peppers) as a dim-witted bank robber in Baby Driver. Below, in alphabetical order, are six of my favorite performances by great musicians who have proved to be pretty damn good actors, too. Omitted from this list: Anyone who, in 2017, is better known for their acting than their music — so no Will Smith, Queen Latifah or Mark Wahlberg — as well as anyone best known for their work in musicals or playing performers — sorry Elvis, Eminem, and Jennifer Hudson.

1. David Bowie
The Thin White Duke was one of the most influential songwriters and performers in rock history, an artist seemingly capable of reinventing his sound and style for every era. So it’s no surprise that Bowie’s character-creating skills translated perfectly from clubs and concert halls to the big screen. You really can’t go wrong; his IMDb page lists one memorable performance after another, from Labyrinth’s Goblin King to The Prestige’s Nikola Tesla. But the one I find most remarkable is his debut in The Man Who Fell to Earth in which he lends his otherworldly star power to the role of an alien sent to find water for his dying planet, but who instead loses himself to Earthly sex, alcohol and celebrity.

2. Cher
Depending on your age and inclination, you may know Cher as a singer who sometimes acts, an actress who sometimes sings or a diva who does it all and somehow still looks fabulous in rhinestone and lace well into her 70s. Cher may have traded in her film career for an extended Las Vegas residency, but from the early ‘80s through the early ’90s, she was a bona fide movie star. She established herself as a serious actress with an Oscar-nominated supporting turn in Silkwood (1983), followed by a Cannes-winning lead performance in Mask (1985). But Moonstruck (1987) has to be the quintessential Cher performance. She stars as a woman caught in a love triangle between two brothers (Danny Aiello and Nicolas Cage). The role carried her to her only acting Oscar win, over stiff competition that included Meryl Streep, Glenn Close, and Holly Hunter.

3. Yasiin Bey (a.k.a. Mos Def)
Before his career in music, Bey (known prior to 2011 as Mos Def) started out as a child actor with multiple film and TV credits. In the mid ‘90s, he shifted his focus to music (first with Black Star, later as a solo act), but returned to acting in the 2000s, showing a flair for both dramatic and comedic roles in films like 16 Blocks (2006), The Woodsman (2004) and his Emmy- and Golden Globe-nominated performance in the TV movie Something the Lord Made (2004). For something a little lighter, I recommend Bey’s performance as the world’s most ingenious video store clerk in 2008’s Be Kind Rewind.

4. Jennifer Lopez
Let’s be honest: Jenny from the Block’s movie work is a mixed bag. She’s been in 20 feature films since 2000, not one of which has a “fresh” rating on Rotten Tomatoes. I choose to pin the blame not on her acting skills but on a blend of bad luck and questionable judgment as to which scripts best suit her talents. (Admit it: On paper, Gigli, a romantic crime caper from the man who made Beverly Hills Cop, would have seemed like a pretty good bet to you, too.) In the right role and project, J.Lo has been nothing short of great, as was the case in her star-making performance in Selena (1997) or, even better, opposite George Clooney in Out of Sight (1998). Here’s hoping another script that good finds its way to La Lopez soon.

5. Tupac Shakur
Few of us figure out our life’s direction by age 25, let alone build the kind of musical legacy hip-hop icon 2Pac left behind before his tragic murder in 1996. As an actor, he appeared in a mere six films, but his raw talent and charismatic charm are on display in each. A good starting point is his first, Juice (1992), where he plays a Harlem teen whose taste for violence puts him in conflict with his closest friends. Given more time to develop his acting chops, who knows how far Shakur might have gone?

6. Tom Waits
To call Tom Waits a character actor is to miss the point. Waits is a character, full stop. Since the 1970s, Waits has been the poet laureate of bourbon-soaked eccentrics and lost souls, mythologizing a forgotten beatnik-meets-Vaudeville-meets-Depression Era America. On-screen, Waits tends to play exactly the kinds of outsiders he sings about — grifters, madmen, drunks, and devils, each imbued with his trademarked gravel-filled growl. You can’t go wrong with his supporting turns as Renfield in Bram Stoker’s Dracula (1992) or a depressed, alcoholic limo driver in Short Cuts (1993). But if you have a taste for idiosyncratic ‘80s indies, check out Waits’ lead performance as a deejay on the lam in Down By Law (1986), co-starring fellow musician John Lurie and Roberto Benigni in his first (mostly) English-speaking role.

Honorable mentions: Mariah Carey in Precious, Meat Loaf in Fight Club, Bjork in Dancer in the Dark, Madonna in A League of Their Own, Justin Timberlake in The Social Network…and Frank Sinatra in pretty much everything.

0 comments on “6 Must-See Performances from Musicians-Turned-Actors”