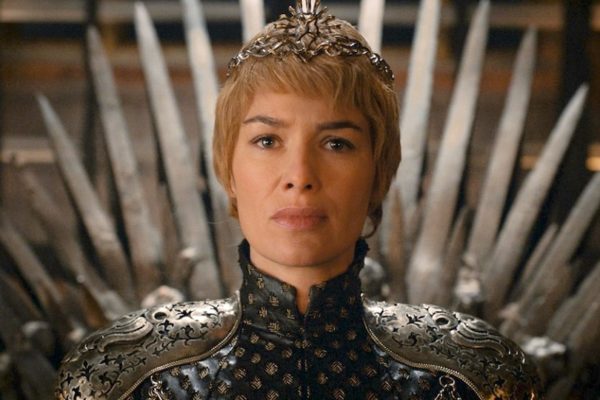 Any true fan of Game of Thrones knows that bloodlust runs through the veins of almost every character, even those who seem quite innocent at first blush. That’s why we decided to take a look back over the past seven seasons to rank the top five most bloodthirsty characters in the series. You’d definitely want to watch your back if you ever ran into these killers on the streets of Westeros or Winterfell! Take note: If a character didn’t survive a number of seasons, they didn’t make the list. It takes years to qualify for this level of over-the-top, foaming-at-the-mouth bloodlust.

Arya Stark
Since season 4 of the series, Arya Stark has built up a lengthy “kill list” of people who have betrayed her family and deserve to die for it. The odds are good that this youngest daughter still recites the doomed names each night like a prayer to remind her of the justice she seeks, despite a “faceless man” who encouraged her to let that all go. Sure, some targets were offed by others (the poisoned Joffrey Lannister for example), but after extensive assassin training in Braavos, she has managed to collect a few scalps of her own: The Season 7 decimation of Walder Frey‘s minions and that surprise takedown of Littlefinger at his murder trial were deeply satisfying for fans of Arya.

Cersei Lannister
As the show’s reigning villain (recently invoked by Hillary Clinton of all people), Cersei made her big red splash by using wildfire to slay her enemies including her rival and daughter-in-law Margaery. Though her victims may not see her coming sometimes, Cersei has been pretty blood-mad since the beginning. Do you remember when she had her brother Jaime push poor Bran out the window to protect their little incestuous secret? That’s a fine example of the lengths to which she’s willing to go to protect her power and her loved ones. She also encouraged the murderous appetites of her evil son Joffrey. (May he rot in hell!) Well, one day soon she’ll meet her maker. We hope.

Daenerys (Dany) Targaryan
Technically, you could say Dany’s dragons, not Dany herself, toasted her victims, but she’s still the one flying on their backs and giving them guidance as to who to torch next. Never was that more evident than in Season 7 when her winged creatures swooped in to save the day during the conflict with the Lannister Army. If you count all the times Cersei has sent Dany’s Unsullied Army and Dothraki into war, then Dany might qualify as the most savage character, simply wrapped in a well meaning package. Now that she’s making moves to take what she believes is her rightful place on the Iron Throne, she’s leaving more charred bodies in her wake than ever.

Jaime Lannister
His biggest claim to fame is killing the “Mad King” (and no one will ever let him forget it). Even so, Jaime is a knight, who despite one wooden hand, has managed to dispatch of more than a few soldiers in battle on top of his most well-known slay. His biggest top-tier toppling of late is the poisoning of Lady Olenna Tyrell on his sister’s behalf. Somehow, Jaime’s managed to escape death’s clutches on more than a few occasions so perhaps that is why despite all of his kills in the heat of battle, he seems less bloodthirsty than his twin sister, Cersei. Jaime seems to kill only when prompted by his sister or as a survival mechanism.

Jon Snow
Proof that you can have bloodlust and be noble: Every single person Jon Snow has knocked off has been for a pretty good reason. By our count, most of his kills came during Season 6’s Battle of the Bastards, although his prior slaughters of the Wildings before he made them his allies added a few notches on his belt as well. That said, the most satisfying death brought on by Jon is that of Ramsey Bolton. (May he rot in hell, too!) Because most of his recent slays were of the “white walker” kind, we won’t include them in any final tally. Even so, mad respect.

PS. You may also enjoy our post Why “Westworld” Could Be the Next “Game of Thrones.” Plus, for more bloodthirsty characters, check out our posts on Bates Motel and Dexter.

0 comments on “Whose Bloodlust Rules on “Game of Thrones”?”