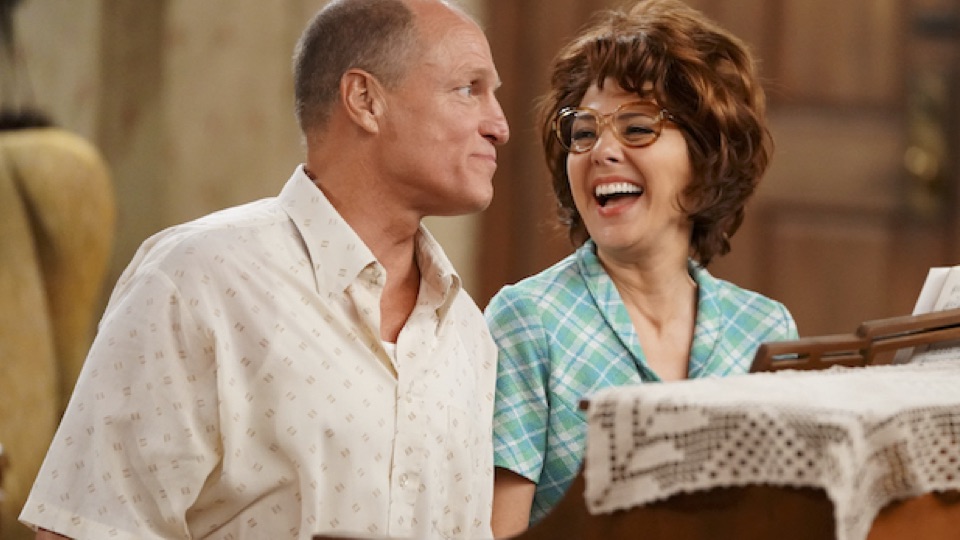 If you caught Woody Harrelson, Marisa Tomei, Wanda Sykes, and Jamie Foxx perform some pretty decent imitations of the cast of All in the Family and The Jeffersons last month, you also noticed something else: the challenges that faced both families are very similar to those that face us today. Some forty years later, many of the same themes still apply.

Norman Lear took the squeaky-clean sitcoms of the 1950s (Leave It to Beaver) through the early 1970s (The Brady Bunch) and created shows that reflected the true social conflicts that the nation was wrestling with.   Jimmy Kimmel, host of the late-night show Jimmy Kimmel Live! has recently made a habit of reuniting the casts of memorable shows, including Friends, E.R. and Breaking Bad.  Together, he and Lear assembled a cast to perform full 30-minute shows in front of a live audience. All in the Family delivered the episode titled “Henry’s Farewell” and The Jeffersons staged “A Friend in Need”.

And while some of the imitations were a bit off-putting (Woody Harrelson doing Carroll O’Connor’s accent) others were surprisingly dead on (Marissa Tomei as ever-giddy “Edith”). They reminded us that well-acted, well-written shows can still keep us riveted to the TV, even in the sitcom format. This all follows a recent revival in not only bringing back shows long-since-gone but also creating new shows patterned after classic sitcoms, such as The Good Place, Superstore and Black-ish.

Related: “The ‘Shaft’ Movie Soundtrack Is A Bad…(shut your mouth)”

All in the Family premiered in January 1971, ran for nine seasons and continued as Archie Bunker’s Place for another four years. The original show followed the Bunker family, led by Archie (Carroll O’Connor), wife Edith (Jean Stapleton), daughter Gloria (Sally Struthers) and son-in-law Michael (Rob Reiner).   Originally based on a British show called Til Death Do Us Part, Lear wanted to bring the popular British show to America but include experiences from growing up in his own family. He chose to eschew the then-current process of using a single camera to film the show and later adding “canned laughter.” Instead, Lear put his show on videotape, used a three-camera system and shot in front of a live audience with no laugh track. It had the feel of I Love Lucy or The Honeymooners.

Archie Bunker played a conservative, bigoted head of a family who repeatedly expressed his disdain for various “other” cultures (Polish, Italians, Germans, Jews, Catholics), as well as for African-Americans and liberal “hippies,” of which he considered his son-in-law to be. The show discussed many topics (often led by Archie) that even today would stir controversy, including wondering who would receive his “white” blood from the blood bank, leading a campaign to keep blacks out of his neighborhood, the difficulties of menopause, fascism, rape, transvestites, breast cancer — even Nixon and Watergate.  And while some of these topics might raise a few eyebrows today, in the 1970s they were downright unheard-of. Interestingly, in the recent replay of The Jeffersons, the “n-word” was bleeped where it was not when originally aired.

In The Jeffersons, a spin-off of All In the Family, George (Sherman Helmsley) and Louise (Isabel Sanford) play a prosperous African-American couple who move from the Queens to Manhattan.   The family originally lived near the Bunkers but moved out of the neighborhood in a first season episode. It too routinely addressed topics of racism, gun control, literacy, and suicide, although late in its run, it moved into more traditional sitcom comedic mishaps.

George routinely is racist against both blacks and whites, much to the chagrin of his wife Louise (or “Weezy”). The show includes neighbors Tom and Helen Willis, a mixed-race couple who often draw ire, sarcasm and off-color comments from George.   Lear’s goal for the show was to show the challenges of being African-American in an upper-class white culture, and that racism also appears in black families.   It was nominated for 14 Emmy’s.

If you missed the two recent episodes, it’s worth heading to http://abc.go.com/live-in-front-of-a-studio-audience to give them a watch.   First, the cast is solid; even Woody Harrelson’s imitation of “Archie” improves as the show goes on. And second, it’s live, so look out for a muffed line by Jamie Foxx as “George Jefferson” in the All in the Family segment, while Woody Harrelson turns away from the camera to break character in laughter. When Jennifer Hudson blasts out the theme song for The Jeffersons, I dare you not to sing it with her.