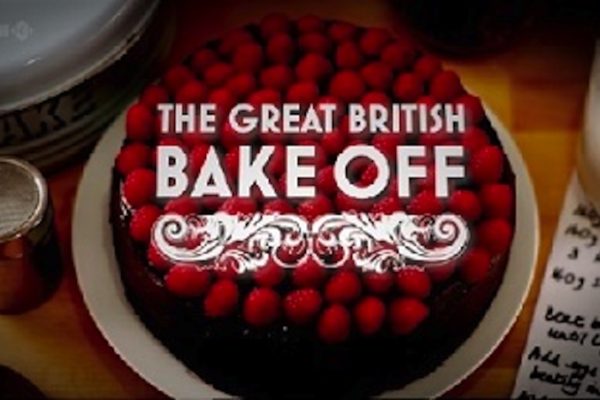 The Great British Bake Off is not just the best baking show on television; it is arguably the best show on television, period. With five seasons in its roster, it dominated the list of the top 10 shows watched in the UK in 2015, rivaling Downton Abbey in popularity. Not without reason. It’s an enchanting show, featuring ordinary people with extraordinary talent competing in a magical world of puff pastry, sponge cake and jam. Unlike televised US competitions, the contestants are warm and genuine. There are no back-stabbing divas, scheming saboteurs or bratty tirades. It is dignified and beautiful.

[amazon template=left aligned image&asin=1849906084]The camera work is absolutely mouthwatering, employing captivating close-ups and seductive framing of an unending array of cakes, pastries, breads and desserts. The show is thoroughly enjoyable simply for the eye candy. But if you happen to be a baker, you’ll delight in the tips and tricks you’ll learn along the way and be inspired to try out the featured recipes the second you turn off the TV.

The Great British Bake Off takes place in a big white tent in a peaceful meadow on a grand English estate. The show is judged by two master bakers, Mary Berry (think Mary Poppins as a grandma), and the oh-so-blue-eyed Paul Hollywood (need I say more?), who exude the gravitas and even-handedness of cherished professors. The endless variety of classic British baked-goods, only vaguely familiar to American audiences – such as Victoria sandwiches, Battenburg cakes and Yorkshire pudding – is fascinating. Contestants are also tasked with creating difficult signature baked goods from other countries, such as the Austrian Spanische Windtorte, the Hungarian Dobos Torte and French entremets (the quintessential pastry featured in every French patisserie case).

Although five seasons have been aired in the UK, there is only one season available to American audiences, on Netflix. This show is seriously addictive, so when you find yourself wanting more, you’ll have to pony up to stream the rest on the BBC website. Make no mistake, you will do.

PS. Hungry for more? Check out these four great food documentaries that are not only about cooking, but the pursuit of perfection. And for great food to give as a gift at any time of year, read our post Indie Music. Indie Film. Indie Food?

0 comments on “The Great British Bake Off: Lovin’ From the Oven”