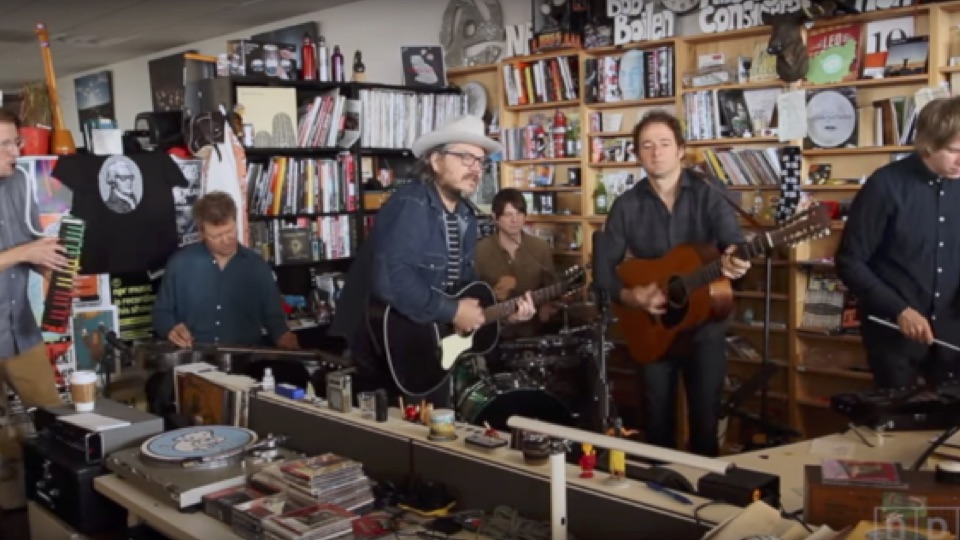 Pioneered by Stephen Thompson and Bob Boilen in 2008, NPR’s Tiny Desk Concerts are intimate live performances, all produced at Boilen’s desk at NPR’s headquarters in Washington, D.C. The concept for this series was birthed from a night of live music that left Thompson feeling frustrated from not being able to hear the band play over the bustle of the bar crowd. Suggesting in jest to his friend and renowned folk musician Laura Gibson that they should record her playing a short set at Boilen’s office desk, they did just that. To date, the Tiny Desk series has accumulated over 2 billion views on YouTube, along with a massive virtual following.

From the cast of Sesame Street to hip-hop giant Chance The Rapper, Tiny Desk has left no genre untouched. Here are five notable Tiny Desk performances that celebrate the beauty of live music.

It’s hard to affix a single genre to Anderson .Paak’s musical body of work, which is likely why their Tiny Desk performance has downright flourished since its debut. Racking up over 35 million views and holding its ground as Tiny Desk’s most viewed concert to date, Anderson .Paak & The Free Nationals deliver a jubilant, multigenre set to the Desk.

“Come Down” kickstarts their performance with punchy beats produced by Chicago native DJ Hi-Tek. “Heart Don’t Stand A Chance” lets The Nationals strut their stuff, with guitarist Jose Rios riffing over the velvety smooth bass lines of Kelsey Gonzalez. .Paak plays dual roles, supplying lead vocals while holding down a crisp groove on drums. “Put Me Thru” oscillates between rock and jazz, with Ron Tnava Avant’s driving piano licks bringing the song to life. Their show ends with “Suede,” a unanimous request from the audience.

Wilco held their debut Tiny Desk concert in 2011, a month after the release of their 8th studio album, “The Whole Love.” From the first few jovial guitar strums in “Dawned On Me,” it is abundantly clear that the six-piece folk ensemble is here for a swingin’ good time. Wilco’s performance at Tiny Desk is a prime example of how musicians and producers have uniquely utilized this small space to host larger groups. Glenn Kotche supports this fully acoustic set by creating a desktop percussion unit from a melting pot of office supplies, tapping away on pencil holders, bubble mailers, and rubber bands to replicate the band’s classic Americana rhythm throughout. The album’s title track “The Whole Love” is driven by Wilco’s bright string section, featuring Jeff Tweedy, Nels Cline, and Pat Sansone on guitar, and John Stirratt on bass. “Born Alone” has a slow build, bringing the band’s jamming abilities to the forefront of the Desk. Their set comes to a close with “War On War,” a selection from their 2002 release, Yankee Hotel Foxtrot. In 2016, they returned to Tiny Desk for another round.

In August of 2018, Erykah Badu supplied the Desk with 15 minutes of brilliant vocals, luxurious instrumentation, and a whole lot of soul. “Rimshot” commands the tone of the performance, with Badu rattling off a list of her alternative artist names as a self-introduction. “Green Eyes” is the ultimate focal point of this two-song set, proving why Badu’s live shows should really be described as an experience rather than a performance. Felix Contreras of NPR’s Alt.Latino reflected on the concert, noting that “some folks around the NPR Music office said they felt an almost spiritual connection to Erykah Badu during her visit to the Tiny Desk. And that was before she and her band even played a single note.”

Tank And The Bangas

Tiny Desk hosts an annual contest, accepting submissions from musicians of all genres to have their shot behind the Desk. New Orleans-based powerhouse group Tank And The Bangas won the contest in 2017, delivering a victory concert for the books. Frontwomen Tarriona “Tank” Ball and Anjelika “Jelly” Joseph give an electrifying call-and-response vocal performance, answering each other’s witty yet poignant spoken word lyrics. Laughter can be heard coming from the audience at the end of “Boxes and Squares” as Tank adds a few final bars, candidly singing, “I just won Tiny Desk” over and over. “Quick” exemplifies their mastery of storytelling, following the turbulent tale of a young woman plotting a murder during a night out on the town. “Rollercoasters” ends with poetry, passion, and pure honesty seeping out of every note, leaving the audience in awe. Since their performance on Tiny Desk, Tank and the Bangas have gone on to release their second studio album, Green Balloon.

Supergroup boygenius might be new to the indie scene, but it’s members are Tiny Desk veterans. Comprised of Julien Baker, Phoebe Bridgers, and Lucy Dacus, boygenius is sure to tug at your heartstrings, so keep a box of tissues at the ready. “Souvenir” features Baker on mandolin, and showcases the trio’s smooth yet powerful vocal blend. “Me & My Dog” is a heartwarming, skin and bones love song, where Baker switches over to the keys to support Bridgers on guitar. “Ketchum, ID” will make you miss your hometown, referencing their longing for home while out on the road. While they only perform three songs, this is half of their self-titled debut EP.