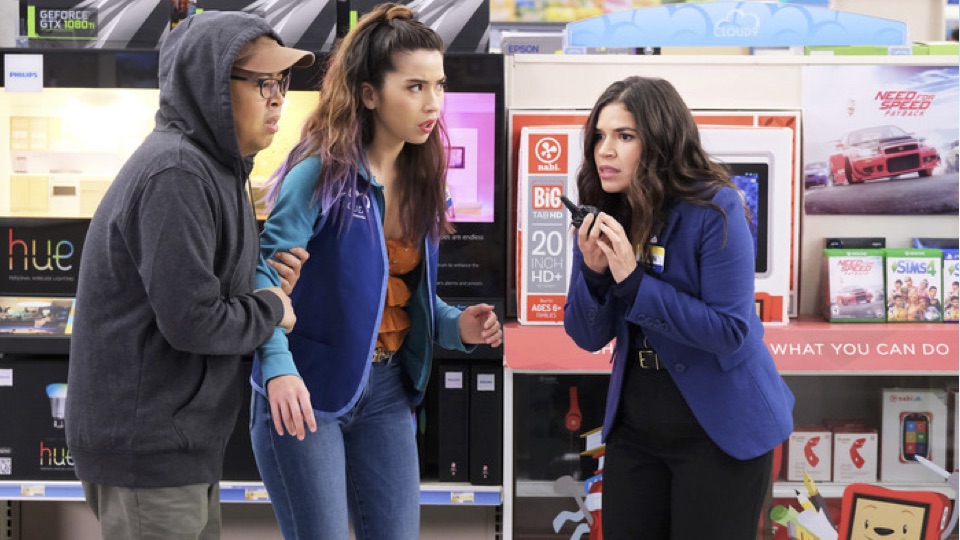 Superstore is a workplace comedy centered around the fictional store, Cloud 9. It airs on NBC and can be streamed on Hulu. Before Superstore, NBC was home to some of the most well-known workplace comedies including The Office and Parks and Recreation. While the popular sitcom format has adapted over the years, a common theme of the “workplace comedy” is the environment reflecting current times. Superstore is no exception, and it uses the antics of the group of coworkers to explore the modern working class.

Related: “From the TV Archives: ‘The Office”s Finest Moments”

One might wonder how a TV show about a mega-store is so successful when millennials are killing every industry, but Superstore manages to be popular among a wide range of demographics. The show’s main characters have diverse backgrounds: a Christian man, a grad school dropout, a teen mom, a Filipino immigrant, and a disabled man.

Superstore boasts a stellar cast centered by America Ferrera as Amy Sosa, a Latina floor supervisor. Ferrera is a comedy veteran, known for her roles in Ugly Betty and The Sisterhood of the Traveling Pants film series. Ben Feldman plays Jonah, a floor worker who dropped out of business school and annoys the staff with his progressive causes. Mark McKinney stars as Glenn, an overly-positive Christian who tries to bring his religious beliefs to the workplace. Nico Santos, who recently had a supporting role in Crazy Rich Asians, Colton Dunn, Lauren Ash, Nichole Bloom, and Kaliko Kauahi also make up the cast.

Most of the episodes take place inside the Walmart-esque store. Viewers watch the characters work through everyday struggles in spite of their differences. Their relationships are complex due to their conflicting personalities and opinions. While a different show would have used this to cause drama, Superstore uses the characters’ conflicts for comedy. To add to the humor, clips of customers are scattered throughout scenes with the main cast. As the main characters deal with a store crisis, customers can be seen in the background bringing in animals, sleeping on the store’s furniture, or eating produce.

The issues in Superstore range from employees being stuck in the store overnight because of a snowstorm to them deciding whether they want to unionize. The show also explores the idea of going on strike, how corporations treat lower-level workers, healthcare, workplace sexual harassment, “ableism,” and immigration. Even though the show tackles hard-hitting issues, it still remains a comedy. While some shows attempt to insert politics into storylines to stay relevant, Superstore keeps the focus on the characters. They –and their friendships — stay consistent even as they are affected by real-world issues.

The show was recently renewed for a fifth season by NBC after boasting strong ratings. Four full seasons are currently available on Hulu to stream, and the fifth is expected to return to NBC in the fall. In a time when so many shows are as dreadful as watching the news, Superstore is a breath of fresh air.

0 comments on ““Superstore”: Why You Should Be Watching”