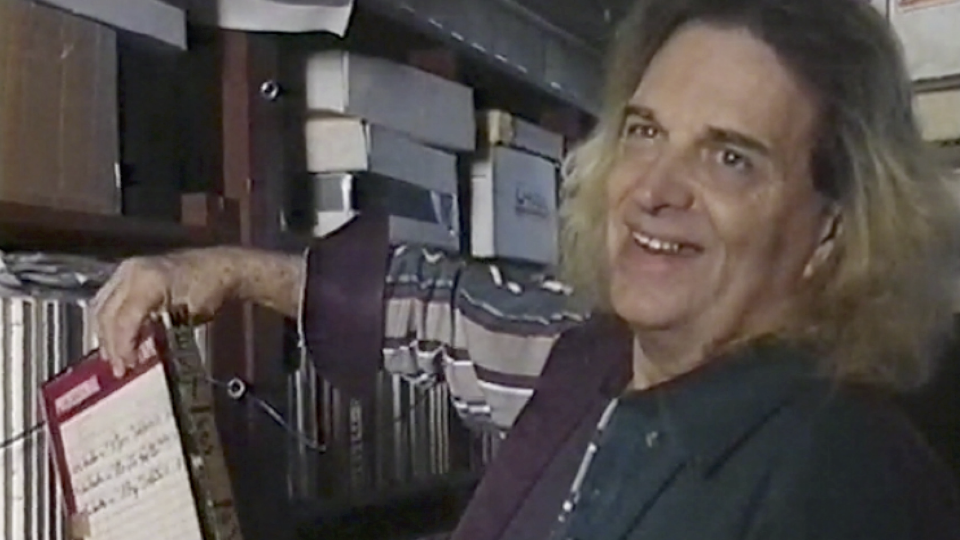 There have been several musicians who have had number-one-with-a-bullet hits but only Gary S. Paxton had two number one novelty hits and then was hit by four actual bullets.

Gary had legitimate reasons to name his 1975 Grammy Award-winning Country/Christian album The Astonishing, Outrageous, Amazing, Incredible, Unbelievable, Different World of Gary S. Paxton. But before he gave himself enough adjectives to fill multiple Scrabble boards, Gary was afflicted with spinal meningitis at age eleven.  During his recovery, he learned to play guitar so well that at 14, he led a band (The Rockabillies) in Tucson.  Three years later, his world was rocked when he learned he was adopted after a 32-year-old woman approached him to announce, “I’m your mother.”  Two years after that,  Gary learned that a demo of a song he’d made in Phoenix with future Byrds member, Clyde Battin, was a hit.

Gary was living with his biological mother, picking pecans on a Washington farm, and playing in a band led by a then-unknown Buck Owens. Gary recalled:

“Buck said when anyone goes to the restroom, you play their instruments.  But one day, I’m up a pecan tree, and I hear this song (“It was I”) on a radio.  I run over to a parked car to listen and I realize, ‘That’s my song!’  So I got through to Brent Records (the song’s label) to ask who cut my song and they told me, ‘That’s you, fool!  The record’s number 47 in Cashbox and Dick Clark wants you on American Bandstand so we’ve been waiting for your call.’”

He discovered that the label’s owner, Bob Shad, (Judd Apatow’s grandfather) got hold of their unnamed demo and named them “Skip and Flip” after his wife’s poodles.  But Gary found life on the road was no life for him and was determined to finally get paid for making a hit.  Around the time that he discovered how publishing rights worked, he discovered songwriter Dallas Frazier (who later wrote “Elvira” by the Oak Ridge Boys).  Dallas was sitting in a gas station when Gary entered after his car ran out of fuel.  Dallas recognized him as “Flip” and pitched him a song about a caveman called “Alley Oop.”  Gary wound up co-producing the #1 tune.

Because Gary was under contract to Brent Records as “Flip,” he called the band the “Hollywood Argyles” because the studio was located at Hollywood Boulevard and Argyle Street.

He also noticed a group playing at a root beer stand in Boise, Idaho named Paul Revere and the Raiders.  Paxton produced and arranged the band’s first Top 40 hit, the instrumental “Like Long Hair.” After that, Paxton produced another monster hit (literally), Bobby Pickett’s “Monster Mash.” Released on Gary’s “Garpax” label in 1962, it still sells, notching over 2 million Spotify listens as recently as October 2021.

In the ’60s, Gary became a staggering success, producing Tommy Roe’s “Sweet Pea” and the Association’s “Along Comes Mary” and “Cherish, He also became a staggering drunk and drug addict. He moved to Nashville in 1970, where he continued to produce hits (Don Gibson’s #1 Country hit “Woman, Sensuous Woman”).  His self-abuse stopped when his business and music partner, Thomas Wayne, died in a car accident.

Gary believed it was a sign for him to stop his evil ways and become a God-fearing Christian. Yet this transformation put him in the crosshairs of country singer Vern Gosdin — literally.  Vern told his then-producer that he wanted to do an album of drinking songs, only for Gary to reply, “I’m a Christian.  I don’t do no drinking or jumping in the back seat albums.”

Gosdin tried to get out of his contract with Gary, but the courts sided with Paxton causing the singer to snarl that he was going to kill him. Paxton didn’t take the threat seriously until the night of December 29th, 1980. Daryl Langley and Daryl Bailey knocked on his door and said their car had broken down. Paxton drove the men back to their car only for them to nearly drive Gary to an early grave: he was clubbed with a lead pipe and then shot four times. Gary repeatedly screamed, “In the name of Jesus, you cannot kill me!”.  He then grabbed the gun and wounded one of the lowlifes, who were later arrested.

Fearing that their families would be killed if they revealed who paid them to kill Gary, the hitmen wouldn’t testify that it was Gosdin who had hired them but did serve six years in prison.  When a born-again Langley got out of prison, he contacted Gary and said, “God wants me to be your bodyguard.”  Gary replied, “He never told me!”

Gary continued to embrace the Lord—and possibly televangelist Tammy Faye Bakker. Although Gary denied reports of an affair while he was producing a number of her albums, he sent an eight-page letter to Jim Bakker explaining his actions, only for Jim to mail it back.

Paxton later moved to Branson, Missouri where he finally died in 2016, leaving an outrageous mark on the musical world.  Here’s one more example of his one-of-a-kind vision: because radio stations wouldn’t play a single he produced called “Elephant Game (Part One)” because it sounded “too black,” he responded by having fifteen cheerleaders and one elephant march down Hollywood Boulevard.  He was arrested after the pachyderm defecated.

1 comment on “Of Hits and Hitmen: The Gary S. Paxton Story”