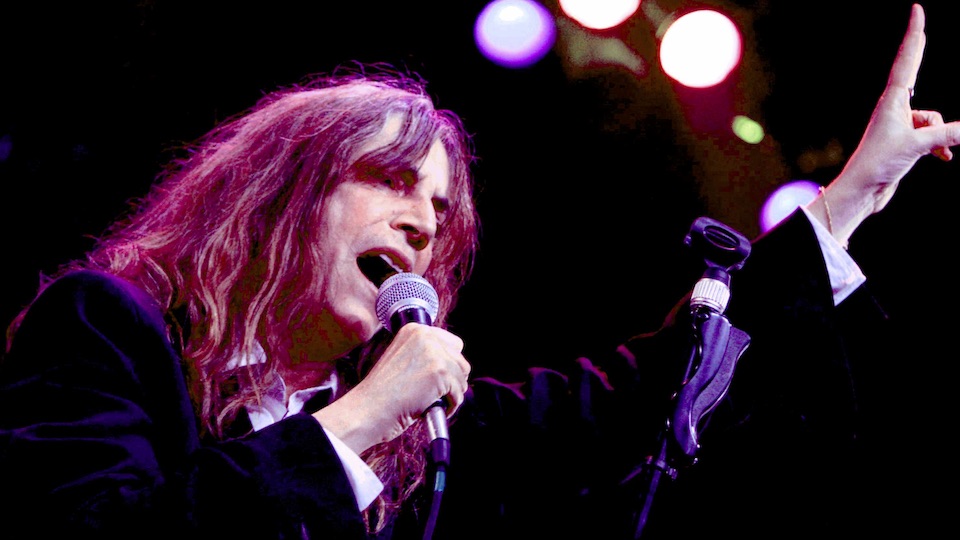 From Joe Strummer to Billie Joe Armstrong, boys have long had their punk role models. Chief among them was Patti Smith (whose appeal wasn’t limited to punk boys). Spinning tales of New York debauchery, Smith found herself a bastion of truth, championing anthems for the underdog. Smith’s trajectory, as expansive as it is impressive, continues to interweave through punk’s growing tapestry. Here are 10 songs that we think rank among her best.

“Gloria”: Name me one greater opening line in rock? Smith shatters any preconceptions a listener held on what is purportedly a gospel line. The song is replete with rock influences: Belfast rocker Van Morrison wrote the lyric, Welsh bassist John Cale worked the controls, while future R.E.M. collaborator Lenny Kaye can be heard during the biting chorus.

“Redondo Beach”: With its jaunty organ riff, and bouncy air of defiance, this vignette from 1975 has the vocalist capturing a sound that can only be described as “White Reggae.” Smith preceded The Police and The Clash in her manifesto to bring the thunder that emanated from Black America into the confines of more commercial pop.

“Pissing in a River”: Smith was never afraid to bandy an epithet with militant aim and anger, but this remains Smith’s most successful foray into the realm of swearing. In keeping with Radio Ethiopia’s aesthetic, this pounding rocker decorates a world fading into an abyss of its own making. That fiery solo is every bit as powerful now as it was in 1976.

“Space Monkey”: Easter, Smith’s third album, is the songwriter’s most assured work, and just may be her most important. From beginning to end, the album swishes with an invention that could only come from a place of incredible passion. “Space Monkey,” a punchy rock number written almost as an afterthought, remains one of the lightest numbers in Smith’s sprawling canon of work. It’s also that one thing you’d rarely expect from a Smith number: a hell of a lot of fun.

“Because The Night”: Initially slated for a future Bruce Springsteen album, engineer Jimmy Iovine recognized the tune’s commercial properties and suggested it for a Smith project. The Boss was approving, and told Iovine “If she can do it, she can have it.” Ever the innovator, Smith turned the song into one of her own, and now it’s almost impossible to separate that soaring voice from the finished product. A fan favorite to this day, the song remains one of her most astonishing remakes.

“Dancing Barefoot”: A bonafide feminist anthem, the song celebrates the indomitable nature of the female spirit. Complete with skiffle drums, flamenco guitars, and a suitably energetic vocal, the song -much like the artist- transcends a notion as insubstantial as gender. Irish rockers U2 certainly thought so, and they duly covered the song themselves as the B-side to “When Love Comes To Town.”

“People Have The Power”: Marching to the beat of an explosive drum, Smith essays a message every bit as expressive as the thunder that echoes all around her. Eager to express herself in the most direct and honest way, Smith used the album Dream of Life as a means of reigniting interest in the halcyon ideas of the late sixties. If her interest was to inspire, Smith certainly did with “People…”: NME ranked it 22nd on their “Singles of the Year” list in 1988.

“Dream of Life”: How this song, complete with a Hendrix-like hook and angelic chorus, wasn’t a monster hit is beyond me, but Smith certainly sings this number with every ounce of her being. Beside her, Fred “Sonic” Smith performs with shrewd skill, and the song veers from the exhilarating to the esoteric. Pleasantly reminiscent of 70s-era McCartney, the song avoided any temptations that the 80s provided to pad it out; it says everything it needs to in an economical five minutes.

“Gone Again”: Much as Yoko Ono did with John Lennon, Smith enjoyed a fulfilling partnership with her beloved guitar-playing husband, Fred (who died in 1994). Though superficially different in their philosophies as artists, Ono and Smith both inexplicably found themselves widows in a genre that frequently robs wives of their husbands. She channeled this emptiness as effortlessly as Ono did on her superlative Season of Glass. That Gone Again – especially the astonishing title track – could carry such depth at a time of great sorrow just showed how comforting music was to Smith during that time.

“This Is the Girl“: Smith moves listeners, not by bringing them into her sorrow, but the sorrow the world felt for the astonishing Amy Winehouse. Cannily aware of the influence Smith held on Winehouse, both as a woman and an artist, Smith captures her latest subject in a somber performance in keeping with the song’s topic. As someone who watched Smith perform this song in 2012, I can testify that the lyric is even more potent on stage (if that’s possible).