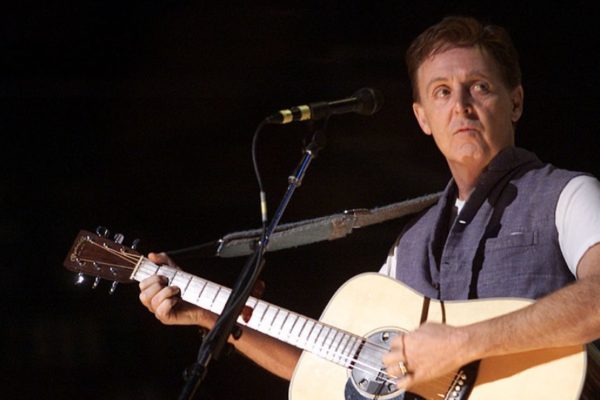 You have to suspend disbelief to buy into the concept of Paul McCartney’s I/II/III box set. The general idea is that these are the albums where McCartney was on his own at different points in his career and took it all on himself to create the music included. But that’s discounting the fact that, except for work with a few strong collaborators here and there (Elvis Costello, Jeff Lynne, Nigel Godrich), McCartney has never had anything but complete control and ownership of his post-Beatles output.

Sure, there have been other technicians and players milling about his records. But Paul, the multi-instrumentalist, producer, and songwriter, doesn’t need much help. Heck, he probably makes his own tea when he needs a session. Thus, the idea that these are somehow McCartney’s three true solo albums requires logic more elastic than his bass playing.

From a marketing standpoint, these three albums are a bit stubborn to corral into a single category. McCartney (or McCartney I for the purpose of this set) and McCartney II are similar in that Paul was at somewhat of a crossroads in his career for both. The first solo record arrived in 1970 as The Beatles were dissolving and Macca did the only thing he knew how to do to stave off encroaching depression: write and make music. And McCartney II, released in 1980, came as Wings had finally run aground and Paul was gathering his wits for what lay ahead of him in the 80s, which, as it would soon turn out, was the unthinkable tragedy of John Lennon’s death.

2020’s McCartney III doesn’t really fit in that respect. Other than the fact that it was made during the pandemic, there was nothing going on in his life or career that was quite as tumultuous as the times surrounding the other two.

The latter two albums do possess a similarly adventurous spirit. On McCartney II, Paul used the synthesizer as his main instrument, and it cut loose the avant-garde tendencies that had been burbling under the surface in some of the more forward-thinking Beatle songs. At the time it was released, the record was mocked by some for the perceived silliness of certain lyrics. If you can’t get on the same wavelength as a song like “Temporary Secretary,” you’re missing out on Paul at his most whimsical.

McCartney II loses its way on the second side, but you could say that about a lot of the Wings albums as well. But there are two lovely ballads in “Waterfalls” and “One of These Days” that features Paul in contemplative mode, which often brings out his loveliest tunes. And “Coming Up” remains one of his most memorable hit singles, as the special vocal effects cleverly compliment the catchiness of the melody and groove.

As for McCartney III, Paul clearly didn’t worry as much about editing some of his unvarnished musical ideas as he might have in more recent albums. That makes for a ragged listen, but, again, there are high points throughout. Bucolic odes to nature intersperse rather haphazardly with funkier stuff like “Find My Way” and shapeshifters like “Deep Deep Feeling.” “Lavatory Lil” is a rollicking ride, while “Pretty Boys” shows that Macca can still conjure effortlessly brilliant melodies from thin air. III isn’t his best post-millennial album by any stretch (Chaos and Creation in the Backyard and New duel for that title), but it’s an entertaining and varied listen for sure.

McCartney I is the best of the trio, but it’s not experimental in the ways that the other two are. Sure, it had a homemade feel, but that didn’t contrast all that much with some of Paul’s material on the White Album. The melodies are there in abundance, of course, highlighted by “Every Night,” a simple and irresistible ode to romance, and “Junk,” which will make you rethink garage sales forevermore. There’s a countryish bent running through the record and some instrumentals showing off his instrumental versatility. “Maybe I’m Amazed,” anthemic though it may be, almost sounds out of place next to its ramshackle cohorts.

I, II, or III are united by the fact that McCartney played all instruments on each, but that doesn’t connect them as much as this package would like you to believe. But if you buy it, you get three albums of Paul’s brilliance spread out over an even 50-year stretch. So why quibble over branding?