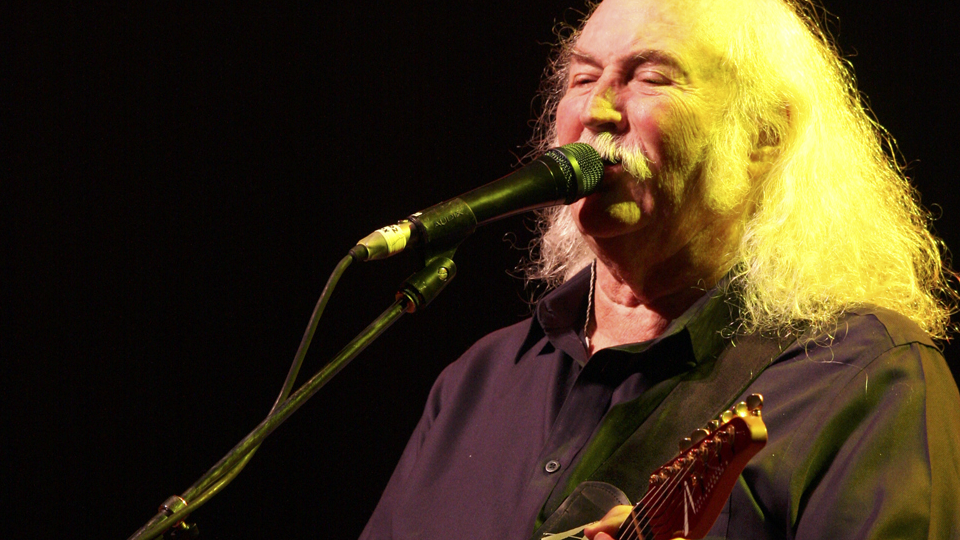 By the time Crosby, Stills, Nash & Young released their first album Déjà Vu in March 1970, it was apparent to the music press – as well as any listener interested enough to note – that three-quarters of the group could be easily categorized based on their contributions. Stephen Stills was the most overtly musical, tackling the majority of the instruments and performing some of the more intricate backing vocals. Neil Young harbored a lyrical ability that later blossomed on the genuinely staggering On The Beach. Graham Nash, all coiffed hair and angelic falsettos, was the one most at ease on the album covers and in television appearances.

Perhaps because of the way he presented himself, David Crosby was the easiest to ignore in contemporary reviews and the hardest for fans to sink their teeth into – although he demonstrated a willingness to converse with the members of the counterculture who were happily buying tickets to their concerts. But there was also no denying that he was the most interesting of the four and certainly the most thoughtful, imbuing an ambiguity that lingered behind his lyrics and opened themselves to constant re-interpretation.

Crosby’s brooding nature was more noticeable onstage than it was on record. Crosby, Stills, Nash & Young had spent much of the 1960s harnessing their sound, dividing their attention on a series of projects before uniting under one banner as a vocal quartet. Their tight vocals superseded the stop/start vocalization of The Beatles, earmarking a newer, more angular sound, more in keeping with the ideals American hippies were espousing.

Considering their metier, Stills and Nash were most comfortable singing the band’s commercial songs, but Young also demonstrated a penchant for melody, which was heard on the proto-punk “Ohio.” Crosby, even when he was writing for the albums, seemed better suited to the bluesier songs, which might explain why “Almost Cut My Hair” and “Déjà Vu” sounded so intense, a set of unflinchingly personal songs, with nary a note wasted.

Stills realized that the quartet possessed a versatility that was lost on many of their rivals, and bolstered Crosby’s work with sturdy guitar hooks that best exhibited the former Byrds’ voice. But although Crosby was a fine vocalist – Genesis frontman Phil Collins was eager to work with him on his solo work, and is rumored to have paid for Crosby’s liver transplant in 1994 – his most important influence on the quartet was the manner in which he kept them afloat amongst the tempers that frequently erupted. Indeed, Stills considered him the “glue” that held the four voices together, describing him as “a giant of a musician” in a written statement following Crosby’s death on January 18, 2023.

Like the other members, Crosby remained active as a songwriter outside of their mothership, releasing a series of albums that furthered his idiosyncratic view of the world. Of the four musicians, Crosby seemed most comfortable with the British-born Nash, which might explain why the two of them performed as a duo during the band’s hiatus in 1972; they released five albums in total. “What has always mattered to David and me more than anything,” recalled Nash, “was the pure joy of the music we created together.”