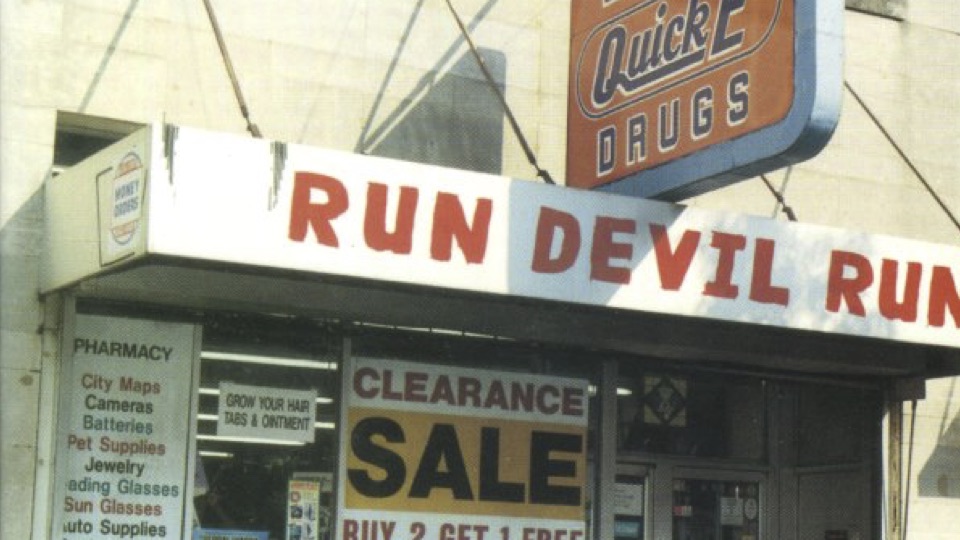 Although she lived in Britain for most of her adult life, Linda Eastman was a proud American and was justly buried in her original homeland after her death from cancer in 1998. After a nearly 30-year marriage, her bereft husband, Paul McCartney, found himself at a creative and personal crossroads. Only a journey through his wife’s national back catalog reignited the spark for music which had once excited and propelled a fourteen-year-old Liverpudlian tuning his guitar.  The resulting Run Devil Run remains one of his edgiest works.

The project reunited McCartney with David Gilmour and Chris Thomas, respected musicians/producers who’d worked on the fiery “Rockestra” twenty years prior. Thomas, who’d made an international name for himself on the explosive Never Mind the Bollocks, Here’s The Sex Pistols, had always been a favorite of Linda’s and his production values invoked the raw instrumentation of a live gig.

“These were just incredible performances,” Thomas recalled to Peter Ames Carlin. “The wild abandon came back, and his smile came back.” Still in his fifties, McCartney was in full vocal control, demonstrating the exhilarating vigor he’d effortlessly bellowed in Hamburg. “When I asked him to do that for ‘Oh! Darling’ in 1969, he shrugged and said, ‘Well, I’m too old”. But now, thirty years later, he could do it again.”

A proponent of the raw and ready, McCartney’s disappointment in the Let It Be project necessitated that his solo debut sounded undressed. He’d used his voice and microphone to rid the demons of The Beatles dying days and now found himself in a position to rid some greater ghosts. “Lonesome Town”, a Ricky Nelson ballad, sounded positively spectral, Gilmour adding a delicate harmony to McCartney’s fragile lead.

The album featured only three McCartney originals, his lowest quota since A Hard Day’s Night, but as a quality trio, “Run Devil Run”, “What It Is” and the deliciously wounding “Try Not To Try” proved as deserving of their place as the fifties standards did. Doubling as a tribute to Linda, the album paid homage to McCartney collaborator Carl Perkins, a man whose delectable voice was welcomed on Tug of War. Perkins, who died in 1998, was remembered on the steely “Movie Magg”, McCartney’s vocalizing recalling the gravesites that Eleanor Rigby visited. “All Shook Up” and “Honey Hush” rectified the occasional glumness with punchy, pristine rockers. Brevity was key to the recordings, many of the songs recorded in a week. McCartney, who’d welcomed the ornate in the past, insisted on few overdubs. The result is exhilarating.

McCartney, who’d abstained from playing bass for much of the eighties, welcomed his Hofner back with a spirited backup band. Gilmour played guitar, joining The Pirates’ Mick Green for the album. Behind them, Pete Wingfield played piano while Ian Paice and Dave Mattacks shared percussive duties. Welcoming nostalgia, McCartney performed a set at the Cavern Club while promoting the album. Released in video form as Live at the Cavern Club, the set showcased McCartney’s then-unparalleled ability to sing. Shorn of the surfeit pyrotechnics which had greeted his stadium gigs, audiences were welcomed to the power of McCartney’s blues-rock singing, proclaimed in all its propensity, vitality and honesty.

Related: “Paul McCartney’s ‘Flowers In The Dirt’: An Appreciation”

Commencing with Flowers In The Dirt, McCartney had reconnected with the songcraft that captivated audiences in the sixties. Ending his most fertile decade since the seventies, McCartney had fittingly signaled the music that once captivated him as an audience member. Arguably his finest solo album of the nineties, it showed that McCartney could sing as tellingly and as beautifully as he always had. He’d sung for Linda with the songs that had decorated her country’s proud musical heritage. Now, he could turn to the millennium a newer man.

2 comments on “Paul McCartney’s “Run Devil Run”: A Return to His Roots”