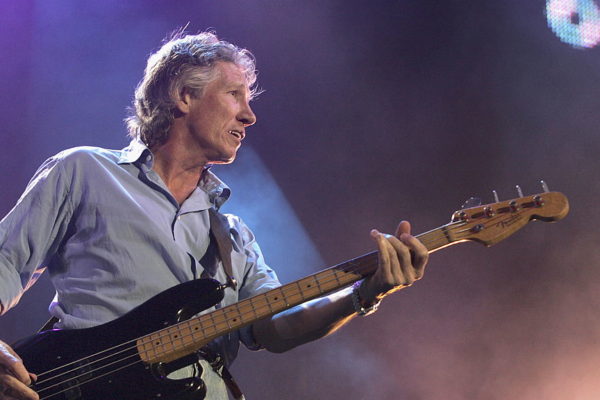 As I’m sure is the case for many other people, Pink Floyd was one of the most important bands in shaping my musical tastes and even who I am as a person. Back when I was 16 years old there was a period where I simply couldn’t wait to get home from school and play their records, every single day. Listening to The Dark Side of the Moon for the first time shattered every notion that I had of what an album could be – it felt like all these new doors were suddenly opening, and I still remember the excitement and awe of finding out what’s behind them. But what I also remember is getting a similar amount of enjoyment from The Final Cut. I understood right from the start that this was a different album, even before I knew its backstory — how it was essentially a Roger Waters album, with minimal involvement from the other members. How the keyboard playing of Rick Wright, once so essential to the band’s sound, was now gone completely. And how most fans hated the album for these very reasons.

But in my mind the album was just as powerful in its own distinctive way. What I heard were a man’s grief-filled and often painful confessions, and that connected with me even before knowing much about the war. Several years later, that feeling still persists. I truly believe that, at its heart, The Final Cut is an extremely personal album, which is why the complaints about it sounding too preachy or too pretentious have always baffled me. Take a song like “The Fletcher Memorial Home.” Sure enough, Waters rails at those “incurable tyrants,” but it all feels more like an attempt to give his deceased father the justice he deserves. Especially when you realize that the place where the tyrants should be taken away is named after him (Eric Fletcher). On top of this, what really makes the song stand out is Waters’ vocal performance. I think we can all agree he’s never had much of a range, but I’ll be damned if he doesn’t use what he’s got to maximum effect, reaching an intensity unmatched before in anything he had sung.

“When the Tigers Broke Free” is an account of exactly how the war day that killed his father went, but the most powerful moments are again those in which the focus is on how this affects Waters himself. First there is that vivid image of him discovering all this as a child (“It was, I recall, in the form of a scroll / With gold leaf and all”) and then there’s the truly poignant closing lyric (“And that’s how the High Command / Took my daddy from me”). Simple, yet so effective. “Tigers” and other songs here are The Wall outtakes which brings up another common complaint about the album. But I like to think of The Final Cut as a deeper examination of certain themes that surfaced on that earlier release — the war and its effect on people was just a brick before; now it takes center stage.

“What happened to the post-war dream?” the protagonist asks at the very beginning thereby setting a tone of disillusionment that lingers throughout the album. The story is looser than the one in The Wall, but generally each song offers glimpses into this post-war life. “Your Possible Pasts” is about haunting memories, so beautifully captured in those organ screams and then in Gilmour’s tense guitar solo. With “The Hero’s Return,” we get another set of lyrics that are both beautiful and painful: “Sweetheart sweetheart are you fast asleep? Good, ‘cause that’s the only time that I can really speak to you.” Yet another highlight comes with “The Gunner’s Dream,” a poetic vision of a war-free world with Waters’ vocals fading into the saxophone playing, a smart trick that Floyd employed before in Sheep (that time with the keyboards).

The Final Cut may not be as musically strong as the band at its best, but then again that was never really the purpose. It is an album whose narrative, if you manage to connect with it, will stay with you forever. It is about what is sung and how it is sung, with everything else drowned out in a sparse atmosphere that occasionally explodes into instrumental solos. And in that regard, it is another perfectly produced Floyd product, with an attention to sonic detail that remains unrivaled. Headphones are definitely required for the full experience. In the end, I’d like to leave you with a quote from Roger Waters himself that I think is perfectly representative of what he wanted to say with the album as well as what it means to certain fans like myself: “I was in a greengrocer’s shop, and this woman of about forty in a fur coat came up to me. She said she thought it was the most moving record she had ever heard. Her father had also been killed in World War II, she explained. And I got back into my car with my three pounds of potatoes and drove home and thought, good enough.”