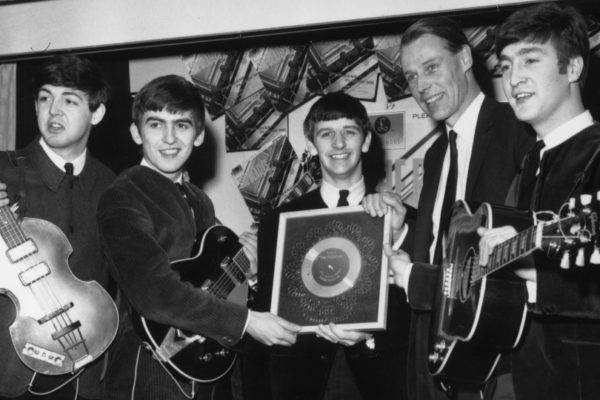 For Americans caught up in (or even vaguely aware of) the first wave of Beatlemania in 1964, NYC disc jockey “Murray the K” was likely the first person they’d ever heard referred to as “The Fifth Beatle.” Murray gave himself the imprimatur to use the nickname and, for many, it stuck. Unfortunately for Mr. K, the lads and the public at large didn’t much buy into the hype. When John Lennon calls you a “wanker,” your personal claims to Beatlehood are tenuous to say the least. So a man came by on a yellow submarine and told us: Find out who really was the fifth Beatle. Never ones to shirk from a challenge, we’ve compiled a list of worthy contenders, then assessed the credibility of each claim. Let us know if we’ve missed anyone.

[amazon template=right aligned image&asin=B06WGVMLJY]The Literal Fifth Beatles
Bassist Stuart Sutcliffe and drummer Pete Best were both actual members of the Beatles during their time as a quintet in the early ’60s. Sutcliffe, of course, went on to become far more better known for his romance with Hamburg local Astrid Kircherr (who’s often credited as an early stylist for the band) and for his brilliance as a painter. Best, for his part, was plagued by inconsistent playing and a moody streak that stood out in stark relief against the lighthearted, almost insouciant attitude cultivated by his bandmates. He also refused to get a Beatle haircut, and ended up looking like a teddy boy in the midst of a bunch of moptops.

The Verdict: Not Beatles because they were only Beatles before the Beatles really became The Beatles.

The Temporary Fifth Beatles
None other than George Martin brought drummer Andy White in to play on “Love Me Do,” the band’s first UK single. But calling White a fifth Beatle is analogous to calling Jimmy Page a fifth Kink. White was a steady studio drummer who went on to work with some of the era’s top bands, but he was never in any serious sense of the term a Beatle. Another fill-in, Jimmie Nicol, is a man of endless fascination. During the height of Beatlemania in 1964, when Ringo was sidelined by tonsillitis prior to the tours of Denmark, the Netherlands and Australia, Nicol subbed for him and “joined” the band for just 13 days.

The Verdict: Basically “no” on White and “kinda sorta” on Nicol. Both did what they were supposed to do but never long enough to earn a permanent label.

The Non-Musical Fifth Beatles
Road Managers Mal Evans and Neil Aspinall were utterly indispensable to the Fab Four, both during their days on the road from Liverpool all the way to San Francisco, and later as confidants, advisors and pressure-valves during the band’s studio days. Nobody worked harder for the Beatles, and nobody served them better. While they weren’t quite as crucial to the band’s success as Brian Epstein and George Martin, they were still indispensable. As for press agent Derek Taylor, he joined forces with the band a bit later, served a similar function and was also the band’s liaison to the press. His reputation for unflappability served him and the Beatles alike in the maelstrom of Beatlemania. Later, he headed up Apple Corps publicity.

The Verdict: The Beatles story would likely be different without these guys. Sure, they never picked up instruments or sang harmony (though Evans probably contributed to the Lennon/McCartney songbook), but their contributions are well documented. Each of them could lay a rightful claim to Fifth Beatlehood.

The Credited Fifth Beatle
Keyboardist Billy Preston, who rose to solo stardom in the early 1970s, will always be the only credited outside musician to appear on a Beatles’ record. This fact alone puts Preston in a league of his own. Better yet, the boys were completely enamored with him as a musician and a human being. Would Preston have become a permanent fifth Beatle had the group survived? John Lennon was certainly intrigued with the idea, and Preston toured with George Harrison post-breakup. Regardless, his work on Let it Be makes a powerful argument that they’d have been smart to hire him.

The Verdict: As much as any musician, and certainly any musician in the post-Liverpool/Hamburg days, Preston has a legitimate claim to fifth Beatlehood. Also, he should probably be in the Rock and Roll Hall of Fame, but that’s a whole ‘nother essay.

The (Almost) Universally Acknowledged Fifth Beatles
It is literally impossible to discuss fifth Beatles without examining producer George Martin and manager Brian Epstein, and we’re certainly not going to buck that trend here. If there are undisputed fifth Beatles, these guys would have to be it. (And, yes, there can be two fifth Beatles, if only because having a fifth and sixth Beatle is stupid and trying to define which is which is a waste of time.) Martin’s studio wizardry, bond with the band, and ability to keep up with their tremendous creativity are well-documented. The musical space between “Love Me Do” and “Tomorrow Never Knows” could hardly be greater, but Martin pushed himself and the band to keep growing and the musical results are history.

When no less an authority than John Lennon claims that your death was the effective end of the Beatles, you’ve probably got good standing to be termed a fifth Beatle, and that’s exactly where Epstein stands. His 1967 death remains a key defining  moment when the Beatles themselves became something different than they were before, and something was lost that could never be regained. Epstein was the first person who truly saw the band’s limitless potential, and signed them almost upon first sight.

The Verdict: If anybody deserves to be called fifth Beatles without irony or ambiguity, it’s these guys. They created and nursed both the music and the myth, and the band trusted them implicitly. Simply put, without Martin and Epstein, the Fab Four may not have changed the world.

9 comments on “In Search of the Real Fifth Beatle”