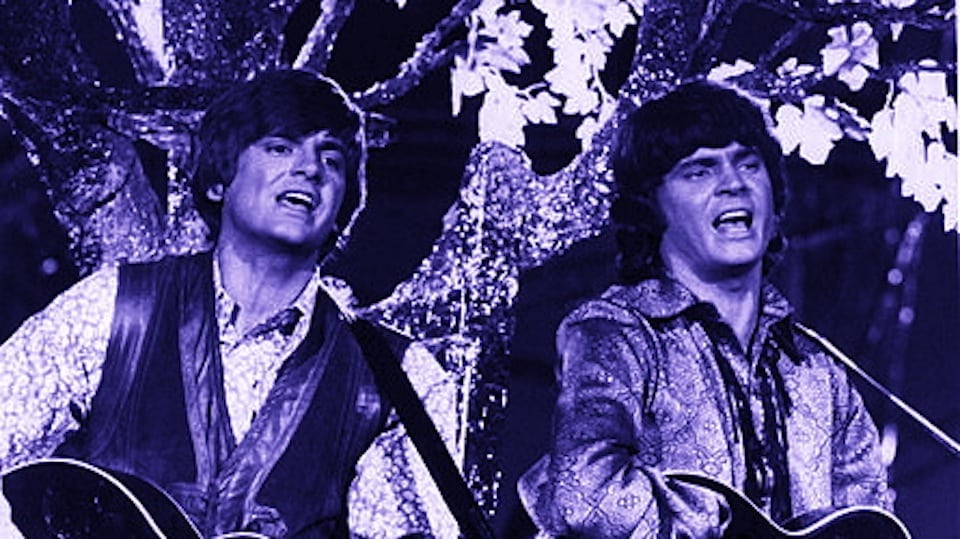 There was a time when you flipped on the radio to hear the soaring harmonies of the Everly Brothers. Or Marvin Gaye and Tammi Terrell, The Righteous Brothers, Simon & Garfunkel, Sonny & Cher. During the 70s and 80s, Hall and Oates ruled radio and MTV, the most successful pop duo in history. In country music, you had legendary pairings like Dolly Parton and Porter Wagoner, Loretta Lynn and Conway Twitty.

So where are the great vocal duos of today? Did Milli Vanilli kill them off?

[At the time of this writing…]A quick scan of the Billboard 100 chart showed that Twenty One Pilots is about the only two-some getting some radio play; vocalist/keyboardist Tyler Joseph and drummer Josh Dun have heated up the summer with their hit “Stressed Out.”

During the 90s, the White Stripes and their low-fi sound made them alt-rock favorites, although Meg and Jack White have since stopped working together. The Black Keys, singer-guitarist Dan Auerbach and drummer Patrick Carney, have been making edgy music since forming in 2001.

Still, these are musical duos – not necessarily vocal ones.

Perhaps sharing a single microphone invades the personal space of each artist. Perhaps there’s a natural instinct to compete in hitting those notes, leading to thoughts of “I don’t need him/her.” Perhaps one of them is less than hygienic in the breath department. At any rate, the duo seems devalued these days.

Personally, I lean towards the “look at me” nature of today’s artists. There are a bunch of songs on the charts with “featuring” credits. To me that doesn’t count: the guest(s) step into the studio to add a little something to a song, but don’t stick around long enough to share the booth with the lead artist. Taylor Swift may have her “squad,” but ain’t nobody gonna step on her vocals the way Kanye stepped on her MTV award in 2009. Bieber? Bitch, please. Always was about him, always will be.