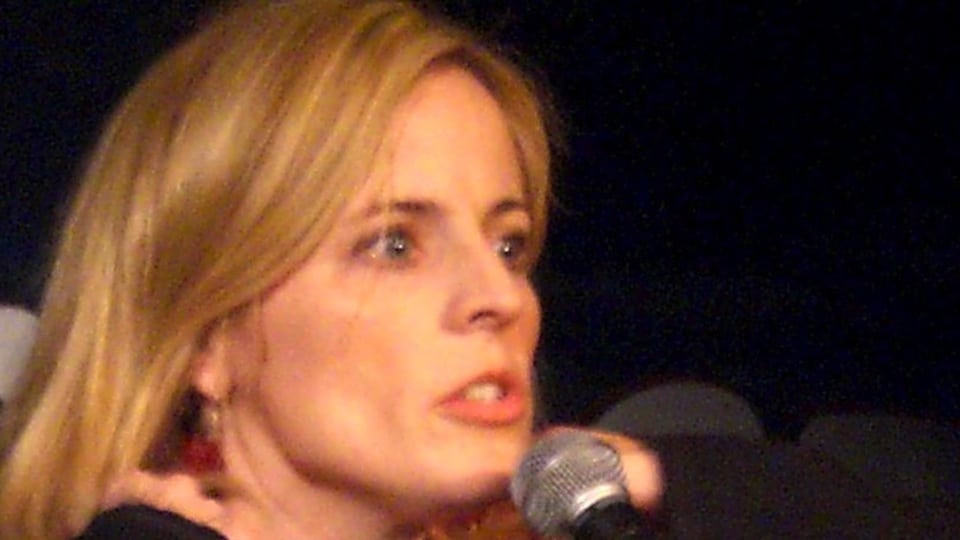 Comedian Maria Bamford skips down the street while stealing balloons and shouting, “I feel French!” Soon thereafter, she coos to the camera, in a shampoo-commercial voice, those corny cliches you might read on the bottom of a yogurt top or inside the discarded wrapper of a Dove chocolate bar. “Sometimes you just have to take a ride when life wants you to,” she says. “It’s not what’s in your head, it’s what’s on it!” Just as the ad’s about to end, the music cuts out. Fellow comic Nicole Byer has popped into the frame to remind her that this isn’t a hair commercial. This is her show. “I have a show?” Bamford asks, confusedly. She can’t believe it. “I’m a 45-year-old woman who’s clearly sun-damaged!”

It’s been a long time coming for Bamford, a stand-up comic since she was 19, and yet somehow now, the arrival of her own series, Lady Dynamite, seems downright inevitable. Over the past 26 years, she’s released stand-up specials, won awards for providing voices to Adventure Time with Finn & Jake and The Legend of Korra, and appeared as a recurring character in Louie and Arrested Development. Her credits are many. So why wasn’t Lady Dynamite’s creator a household name sooner? Well, she’s now on her way to being one.

Her new Netflix meta-comedy, like Bamford herself, is absurd, hilarious, and heartbreaking. She shatters every expectation of what it means to be a woman — her Latrice Duvois hair commercial alone brilliantly mocks Herbal Essences orgasms and horseback-riding woman talking about tampons in one fell swoop. But it’s not just the commercials Bamford’s out to expose as patently false.

Throughout Season 1, Bamford breaks the fourth wall routinely by revealing the lights, the booms, and the crew, and even having actors fall out of character repeatedly to criticize the storyline. “You’re going to be a comedian in your show?” Patton Oswalt scoffs in the first episode, while dressed as a police officer “mad” about a park bench the character Maria has set up in order to get to know her neighbors better — something the real Bamford actually did. In fact, a lot of Lady Dynamite is undoubtedly semi-autobiographical. Across the show’s twelve episodes, Bamford explores depression, anxiety, and bipolar disorder after her character Maria’s been released from a mental hospital. Now Maria’s in the process of trying to regain her footing as both a comedian and person. And she’s got some serious talent helping her behind the scenes.

Lady Dynamite was created by Pam Brady, a writer on South Park, and Mitch Hurwitz, the creator of Arrested Development. You can see traces of both shows throughout in terms of construction and content as the series jumps back and forth in time (often abruptly) in order to explain the history of each character, and employs over-the-top commentary on real-world issues like sexism and bigotry in Hollywood.

Like Bamford in real life, Lady Dynamite’s Maria is career-driven and – apparently – doesn’t always prioritize personal relationships. But by sharing her own inner demons, Bamford is tapping into our universal feelings of being too difficult and complicated to ever be liked, let alone loved for who we are. This is the very real foundation of Lady Dynamite’s fantasy world. People are messy. Deal with it. Each episode ends with a song, “I don’t know what I’m doing more than half of the time…” With that single lyric, suddenly we all feel like Maria. Or Bamford. Or whoever. Regardless, we relate.