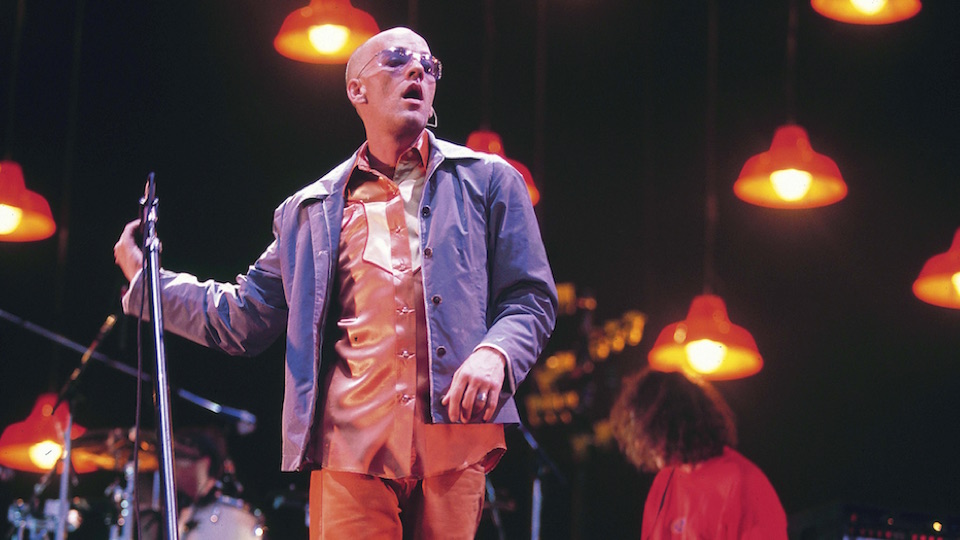 British music fans love R.E.M. and why not? The Athens, Georgia quartet favored them with brilliant performances through the years as evidenced on the incredibly comprehensive eight CDs (plus one DVD) box set entitled Best of R.E.M. At The BBC which was recently released. The collection includes unreleased gems sure to make hardcore fans swoon— such as the 1984, 16-song set recorded at Rock City in Nottingham, England. It should also serve as a hearty introduction to newcomers.  If the full set is too “completist” for your taste, a 2-CD “best of” version was also issued. Here are some of the highlights.

The first two CDs feature in-studio performances which the band recorded for BBC radio throughout the early ‘90s, including intimate versions of “World Leader Pretend” and “Losing My Religion” as well as diaphanous renderings of “Daysleeper” and “At My Most Beautiful” from a 1998 John Peel Session. Mike Mills singing lead on the Troggs’ “Love Is All Around” in a March ’91 set for Radio 1 fits in nicely with the band’s own mandolin-tinged tracks of this era. A stripped-down, KRS-One-less “Radio Song” from the same session is charming, too, especially considering the pre-song banter from Michael Stipe and guitarist Peter Buck.

All the jangly passion and punch of Reckoning-era R.E.M. is captured in the band’s Nov. 1984 performance at the legendary Nottingham venue Rock City. Highlights include “Second Guessing,” “Radio Free Europe” and “So. Central Rain (I’m Sorry),” before which Michael Stipe says softly, “This is my favorite song.” Reportedly, he lost the heel of his shoe before starting “Sitting Still” and someone in the crowd tossed a shoe onto the stage. Though that exchange isn’t featured here, they did capture Stipe a few songs later—just before “Gardening at Night”—sounding every bit the American southerner over guitar stabs and boisterous yobs saying: “Now if I can just click my heels together three times and find out there’s no place like home. This is a song about home.”

Speaking of frontmen and song intros, Stipe often keeps his short and to the point. That was never more apparent than on this Monster-era live recording from the summer of ’95 in Milton Keynes. Throughout, the singer opts for the utilitarian “This is another song” to segue between tunes. When he does say more it’s with pith: ”This is a song about thinking you’re in love and then finding out you’re just drunk” (before the achingly beautiful “Half a World Away”). Who could blame him for not yammering a bunch of rock star cliches? He knew his band was at the peak of its powers and eager to get on with powerful renditions of “What’s the Frequency Kenneth?,” “Get Up,” “Finest Worksong,” “Star 69,” and many others.

According to reports, Stipe and the band nearly didn’t play this gig in Glastonbury. Hours before they were set to go on, the singer and his handler were denied entry by a security guard. A few frantic phone calls cleared up the mess and hours later Stipe and his mates delivered an inspired set. Lucky for us, the BBC was there to record it. Highlights include Automatic for the People’s “Sweetness Follows” and a blistering “The One I Love.”

Disc 8 brings us an 11-song, invite-only performance from 2004 for fan clubbers and BBC Radio 2 listeners at London’s St. James Church. “Leaving New York” from that same year’s Around the Sun gets a faithful rendering and, as if inspired by the hallowed surroundings, “Walk Unafraid” opens with elegiac church organ before kicking into its more familiar guitar feedback and dissonant piano churn. A worthy closer.

0 comments on “R.E.M. at the BBC: The American Invasion”