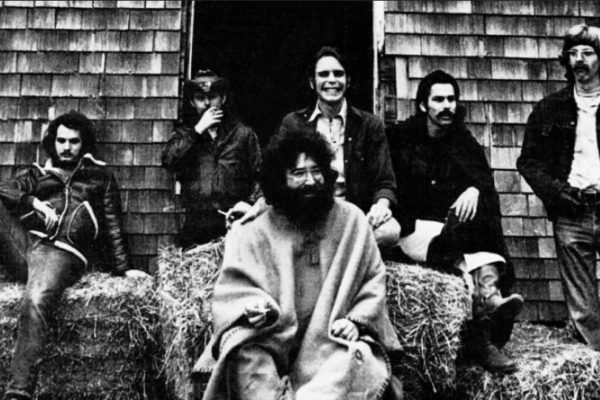 Amid the overwhelming rush of compelling albums that came out in 2016, it’s entirely conceivable that you might have overlooked some of the year’s new releases that weren’t technically new. If you ever needed a reminder that the past is still a potent source of musical discovery, all you need to do is lean an ear in the direction of this tasty batch of reissues and archival releases. Some of them are deluxe expanded versions of classic albums, retrofitted with tons of compelling bonus material. Others are live or studio recordings from decades ago that never saw the light of day until their recent rescue from the dustbin of history. But they’re all worthy of an attentive ear.

The complete recordings of Eggs Over Easy tell the story of how an unassuming, little-known band of West Coast roots rockers quietly changed the course of musical history. In the ‘70s, they made their way to England, where their earthy sound kick-started the British pub-rock movement which in turn led to the punk revolution. But they had more in common with The Band than with The Damned, and their organic Americana still stands up decades later. If this was brand new music, it would have become one of the albums of the year.

There were actually two ways to go on the ‘78 Dead front this year. There was the massive, magnificent July 1978: The Complete Recordings, a box set of a dozen discs chronicling a moment in time when the Dead were undeniably on fire. In the Deadhead realm, the late ‘70s shows sometimes get written off as a time of torpor, but the crackling performances from this particular period put the lie to that notion. And if you want to go a little easier on your wallet, there’s the three-CD set that concentrates on one particularly electrifying concert from that run, at Colorado’s legendary Red Rocks Amphitheatre.

Josh White’s visionary blend of folk, blues, and jazz sounds just as stirring on this reissue as it did when the record was originally released 60 years ago on Elektra Records. With only an upright bassist and occasional harmony singer for company, White delivers everything from the deep blues of “Jelly, Jelly” to the stomping spiritual “Joshua Fit the Battle of Jericho” to the wry novelty of “One Meatball” with its cool croon and deft, darting guitar licks. It’s another vinyl-only endeavor, in glorious 180 gram pressing, so if you don’t have a turntable, go out and get one!

Of all the candidates for New Dylan status who came down the pike in the ‘70s, Georgia boy Sammy Walker might have been the most deserving of the tag. His vocal similarity to Dylan was natural, not an affectation. If anything, his hillbilly twang was arguably more authentic than that of the legendary Northerner. And as these solo-acoustic demo versions of songs from his self-titled 1976 Warner Bros bring his compositional prowess into tight focus, it becomes clear that Walker could stand quite proudly alongside Mr. Zimmerman in the songwriting department too.

Did your mother/aunt/older sister’s Steve Nicks obsession drive you away from the Fleetwood Mac chanteuse’s solo outings at an impressionable age? Well the deluxe reissues of her first two albums are the ideal opportunity for you to finally find your way into Nicks’ world. With 20/20 hindsight (and some sweet remastering), here’s a chance to not only hear hits like the Tom Petty-assisted “Stop Draggin’ My Heart Around” and deep cuts like “The Highwayman” anew, but also to absorb tons of bonus tracks (including demos, live tracks, B-sides, and non-LP cuts) that truly expand Stevie’s story. Of course, failing that, these would also make an awesome present for that mother/aunt/older sister, too.

Taj Mahal has been tapping into his traditional blues roots since the ‘60s, but these intimate acoustic sessions from the mid ‘90s, released here for the first time (and on 200 gram vinyl-only format to boot) are something special. Captured in impromptu sessions with contributions from old-school blues artists like Algia Mae Hinton and John Dee Holeman (with whom he was touring at the time for the Music Maker Relief Foundation), Taj delivered spare, trenchant versions of blues classics. The audiophile pressing makes a big difference too: if you’ve ever longed to have Taj Mahal in your living room this is as close as you’re likely to come.

Photo Credit: Public domain pic of The Grateful Dead circa 1970.