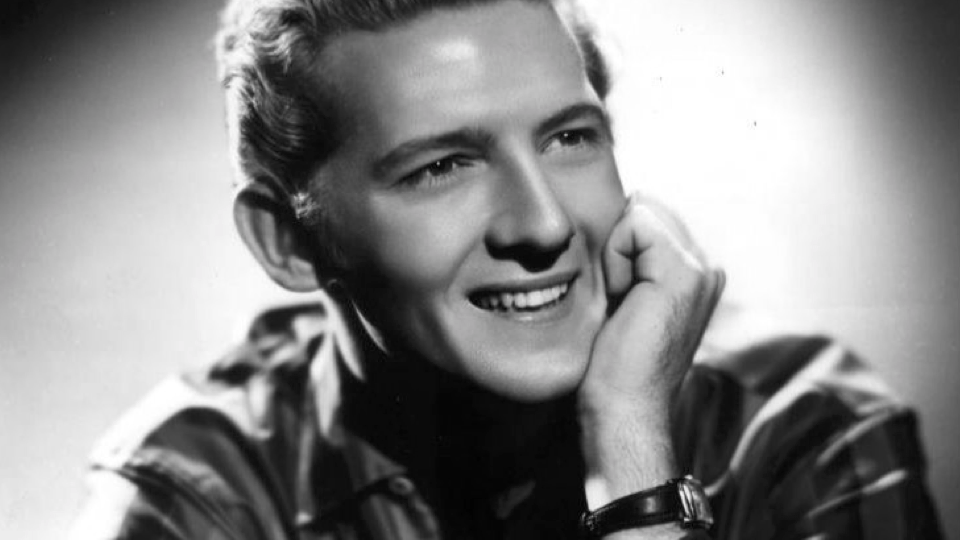 In the decades since the establishment of rock & roll as a musical and cultural force, a shortlist of artists regarded to have been indispensable in its development and subsequent popularization has emerged. The last surviving artist to occupy a slot among these ranks has joined his contemporaries in passing. “The Killer,” Jerry Lee Lewis, has died at the age of 87.

To undertake the delineation of Jerry Lee Lewis’ influence on popular music as it is known today would be akin to explaining the impact of the internal combustion engine as it pertains to large-scale commerce. There is simply so much to unpack that words cease to do justice to the notion.

Lewis was one of several musical giants, along with names such as Johnny Cash, Carl Perkins, and Elvis Presley, to cut their first records for Sun Records in Memphis, Tennessee. The four men would later come to be known as “The Million Dollar Quartet” based on a photo and article which followed an encounter and subsequent jam session at Memphis Recording Service.

Lewis would earn a reputation for his obstinance and unwavering audacity, but these characteristics weren’t born of the effects of success or affluence. Jerry Lee Lewis – or “the Killer, as he would come to be known – was, by all accounts, virtually unmanageable both professionally and personally from the very beginning.

While Lewis’ pathological commitment to his own explosive temperament would bring about a host of problems for the musician over time, it would also endue his stage show with an intensity and fervor by which audiences would be driven regularly to borderline hysterics.

An oft-regaled anecdote that has been incorporated into the rock & roll mythos over time paints a scene of Lewis sharing a bill with Johnny Cash, the latter having been the more popular draw at the time.

As the story goes, upon the conclusion of a typically fiery set, Lewis sauntered past a ghost-white Cash amid the roars of a frenzied crowd, sharply affirming, “Nobody follows the Killer.”

Indeed, Cash would write in his 1997 autobiography Cash, “Nobody, not even Elvis, ever wanted to follow Jerry Lee.”

Every Jerry Lee Lewis performance was an obstreperous, unruly affair, with “the Killer” frequently striking the keys of his piano with his elbows, feet, and other body parts much to the frenetic delight of audience members in attendance.

But despite his abiding reputation as a raucous and animated showman, Lewis’ bag of tricks entailed much more than sheer noise and physicality. Even in the most unhinged of performances, his playing remained remarkably accurate, particularly given the speed at which he would often play.

But at times when the situation called for it, Lewis could also display a dexterous discernment of the musical roles of dynamics and nuance in performance, as well as a fluid grasp of the art of audience engagement. His 1957 performance of “Whole Lotta Shakin’ Goin’ On” on the Steve Allen Show reinforces this notion, and the Live at the Star Club, Hamburg concert album released seven years later stands as a testament as to just why he was known as “the Killer.”

Despite singularly characterizing his own early work as rock & roll, Lewis remains revered by many as a founding father of the rockabilly genre. The influence of country music in Lewis’ music was evident early on, and his work further served to solidify the symbiotic relationship between the genres which still persists today.

Additionally, Lewis’ utilization of the boogie-woogie technique through prominent left-hand bass figures was massively influential to future generations of rock musicians, undoubtedly informing the vocabulary of acts such as The Rolling Stones – founding member Ian Stewart’s deep appreciation for the form has been extensively documented.

Much like Presley, Lewis would begin to explore new musical territory as his career progressed. In the late 1960s, the “Great Balls of Fire” singer made the trip to Nashville to record the first of what would become a string of country music hits.

In the 1970s he would conduct more deliberate explorations of the gospel music he held dear, with projects like In Loving Memories: The Jerry Lee Lewis Gospel Album.

Lewis’ work has remained monumentally impactful, with his playing having heavily informed that of the new generation of rock musicians who would redefine the genre throughout the 1970s.

“Without Jerry Lee Lewis, I wouldn’t have become who I am today,” said Sir Elton John upon the passing of the legendary pianist. “He was groundbreaking and exciting, and he pulverized the piano. A brilliant singer too. Thank you for your trailblazing inspiration and all the rock ‘n’ roll memories.”

Lewis’ influence was underscored when, in 1986 he, along with iconic figures such as Little Richard, Chuck Berry, and Elvis Presley, was among the very first group of musicians to be inducted into the Rock and Roll Hall of Fame.

But the music itself notwithstanding, Jerry Lee Lewis established the template for what is known today as the rockstar archetype. His reckless and truculent approach to his dealings within the music industry and beyond set a new precedent for what it means to be uncompromisingly authentic to one’s self, for better or for worse.

Wrong or right, any hill that Jerry Lee sat atop would be one on which he was also willing to die. His was a life immersed in sex, drugs, and rock & roll at a time before such a thing could be leveraged as a badge of honor. He even once shot his bass player – albeit by mistake – and was known to be prone to fits of rage toward those who knew him.

Both for better and for worse, Jerry Lee Lewis represented something wholly and primordially authentic – a being uncorrupted by pretense of any sort, up to and including fundamental ideals of self-preservation such as risk/reward analysis and general consideration for others’ potential assessments of his own behavior.

Love him or hate him, the world will never again bear witness to a career like that of “the Killer.”

2 comments on “Remembering Jerry Lee Lewis: “Nobody Follows the Killer””