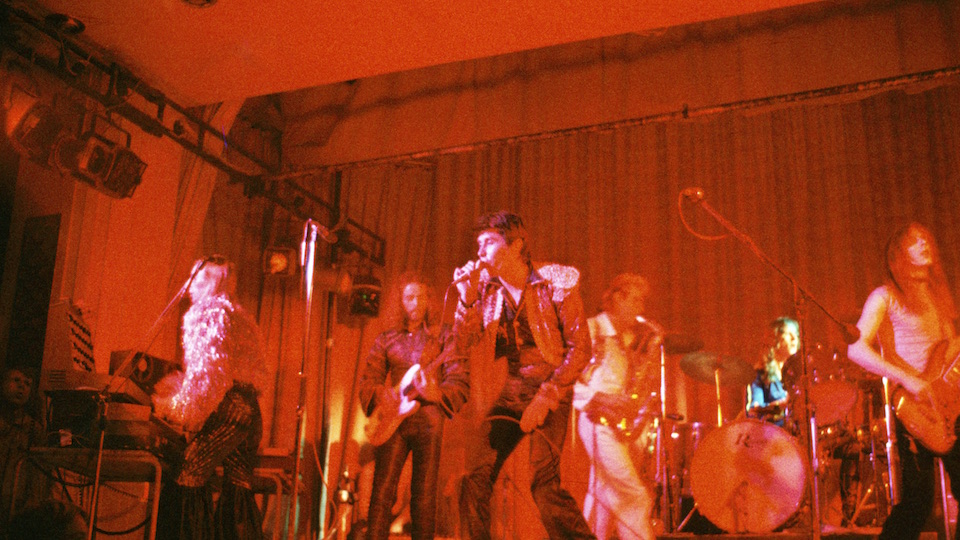 Roxy Music is a band of innovation by design. Bryan Ferry and company helped bridge the gap of the British invasion of the 1960s to the second tide that featured new wave and punk in the late ‘70s and ‘80s.

Bryan Ferry and Brian Eno combined elements of art, fashion, and an avante style of rock with what eventually evolved into a soulful American sound. The band embraced a fashionable glam-rock style at a time when Robert Plant and Jimmy Page looked like they just rolled out of bed for their first morning cigarette. But optics aside, their greatness still comes down to the music. The band was experimental to be sure, but with a certain magnetism that was new at the time. It’s been debated who influenced who, David Bowie or Roxy Music. Doesn’t really matter; they were fans of each other. But pieces of Roxy Music undoubtedly show up in the next wave of artists such as Ultravox and Duran Duran. Simply stated, Roxy Music was incredibly influential.

While many rock contemporaries were belting out rock anthems with screeching, scratchy vocals, Bryan Ferry’s voice was different. Think David Byrne…before David Byrne. The band’s eponymous debut album, released in 1972, is universally regarded as an important record as well as a critical success. The opening track, “Re-Make/Re-Model”, is a perfect example of Roxy Music’s innovation. The track opens with a sample of cocktail party noise, adds a touch of Beatles’ “Day Tripper” on the horns and showcases solos from each band member including Phil Manzanera’s guitar solo of only chords. Quite an introduction, but an introduction on their terms. Ferry would admit later that Roxy Music was an art school band not driven by commercial success. Manufacturing hit singles were never part of the plan. They just wanted to do their kind of music. Ferry’s vocals were usually added last, so the other guys in the band never knew how the song would eventually turn out. When they finally heard the finished product, there were often knowing glances exchanged in recognition of something special.

When Brian Eno left the band in 1973, in part because of creative differences with Ferry, he had certainly left his mark. He helped put the band on the tracks and start the engine, but Eno wasn’t really a musician, he was more or less a sound engineer and went on to produce other artists like David Bowie, Devo, David Byrne, Peter Gabriel, and U2. And there are subtle pieces of Eno in every band he touched. None of that would have happened without Roxy Music.

As the 1970s rolled on, so did Roxy Music. In Britain, the band pressed gold record after gold record. But the success in the U.K. didn’t fully translate in America. Fans in the States finally noticed Roxy Music in 1976 when the band scored a modest hit with the single “Love is the Drug”, which peaked at number 30 on the Billboard Hot 100. Andy Mackay’s saxophone and the record’s thumping bass line proved infectious. “Love is the Drug” would fit in nicely if it were released in 1986, not a decade earlier. There is probably no song recorded in the 1970s that influenced the upcoming New Wave movement more than that one track. Bands from the Talking Heads to The Psychedelic Furs to Simple Minds paid attention.

Bryan Ferry moved Roxy Music toward a new sound as the 1980s commenced. The last two of the band’s eight studio albums, Flesh + Blood and Avalon showcased Ferry’s matured vocals, often described as “crooner-esqe”. The songs were different as well, less experimental, more polished. Some critics were not impressed, but looking back, it could be said that Roxy Music was again ahead of their time. Their smoother sound helped make Avalon their only album to be certified platinum in America. “More Than This”, which somehow failed to break the top 100, has a seminal ‘80s sound that would be imitated throughout the decade.

Roxy Music’s sound, which evolved from exotic to soulful, helped define popular music in a couple of ways. It infused the 1970s with something fresh and, yes, cool. And it kick-started the ‘80s sound which has become a genre of its own. They were a band’s band, and there aren’t a ton of those. Not really.