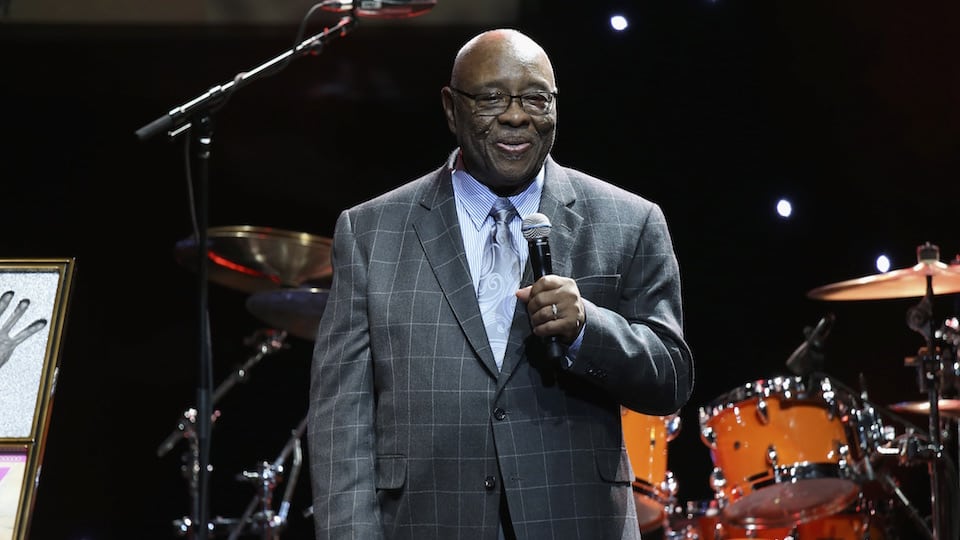 When John “Jabo” Starks passed away on May 1, 2018, at the age of 79, we lost the last living link to something irreplaceable: that vintage James Brown beat. From the mid-’60s through the mid-’70s, Starks and Clyde Stubblefield (who departed a year or so before Starks) rolled out the rhythms for Brown. During the period when the Godfather of Soul was at his most innovative, Starks and Stubblefield were the core of his sound. On a raft of legendary tracks including “The Payback,” “Talkin’ Loud and Sayin’ Nothing,” and “Get on the Good Foot,” it was Starks behind the stool, but most exalted among his immortal contributions was “(Get Up, I Feel Like Being a) Sex Machine.” In honor of his memory and lasting influence, here are some drastically diverse covers of that song. They show just how long a shadow Jabo cast.

There’s no question that James Brown was a crucial influence on Prince. Most of the time, His Royal Purpleness merely transmogrified some of the signature grooves that Starks, Stubblefield, and company created. But in this 1987 performance in Paris, Prince made the connection explicit, starting off an extended medley with his own searing take on Starks’ most famous beat.

Iggy might not be famed as a “funkmeister,” but you’d best believe that the man behind “Lust For Life,” “Down on the Street,” et al knows a golden groove when he hears one. And while there’s a little rock n’ roll edge to this version, it really doesn’t stray that far from the classic arrangement, which can be taken as a sign of the Godfather of Punk’s respect for the Godfather of Soul (and by extension, his percussive capo).

Michael Donaldson, a.k.a. “Q Burns Abstract Message,” slipped a radically reworked version of “Sex Machine” onto the back end of his 1998 single “He’s a Skull.”  In it, he underlined the endless adaptability of both the song and its eternal groove. It may ostensibly be closer to trip-hop or downtempo than R&B, but vintage funk was always one of the basic building blocks of ’90s dance music.

This U.K. band’s blend of experimental techniques and New Wave flavors always came with a heaping helping of dry humor. By the time they cut this track in 1984, they were no strangers to droll, robotic versions of other people’s songs—their biggest hit was a hilariously inorganic-sounding cover of Barrett Strong’s “Money.” But even when Starks’ immortal groove is willfully flattened out, you still can’t quite squeeze the funk out of it.

Speaking of semi-comical “Sex Machine” covers, in 1986 the clown princes of hip-hop released theirs as a single, though it didn’t quite hit the heights of tunes like “All You Can Eat.” In retrospect, adding some raps to the tune and adapting Starks’ beat for the early hip-hop era seems like a pretty savvy concept, but being who they were, The Fat Boys couldn’t help but bring a touch of goofiness to the endeavor. Don’t forget, these are the guys who re-imagined the ’60s surf anthem “Wipeout” as a hip-hop piece — with assistance from The Beach Boys.