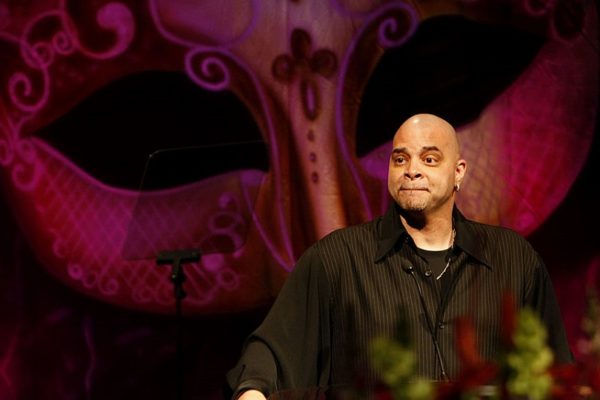 Can you feel that? The tingle in your Adidas slider flip-flops? The way you can almost feel your ol’ Trapper Keeper trying to bust out of that part of the closet you never clean? That’s your childhood calling to you. Today April 1, 2017 marks the 23rd anniversary of the best movie Sinbad ever made: Shazaam. We could not let this momentous occasion go unnoticed. The ’90s may have been a simpler time, but trust me, this campy tale of a disgruntled — and over-bedazzled — genie forced to help a plucky gang of youngsters get their playground back (and their estranged parents back together) truly stands the test of time. In honor of the big anniversary, we invite you to kick back with a can of Surge and enjoy these five little-known facts about Shazaam.

1. That jacket? That’s Sinbad’s actual jacket.
Bet you didn’t know that Sinbad provided some of his own wardrobe for the movie, eh? That’s a committed thespian if ever there was one. To be fair, the wardrobe and art departments did have to add some flair to the jacket (ahem, buckles), but the cut and fabric? Those are textbook Sinbad. In an interview some 10 years after the film’s release he admitted he still kept it in his closet. (Probably next to his Trapper Keeper.)

2. Sinbad improvised almost the whole rap from that iconic shower-that-wasn’t-quite-a-shower scene!
You’ve always wondered, and now you know! Originally the scene was supposed to be much shorter, but Sinbad started free-styling some ideas with the director the morning they were set to shoot, and the rest, as they say, is history.

3. Dennis Quaid and Ally Walker hated each other!
And to think how happy you were when Shazaam finally tricked them into getting together! The sad truth (word from the set, filtered through 20-plus years of hearsay, but still totes reliable) is that these two loathed each other, and would only speak during their scenes. They do say hatred makes good onscreen chemistry…maybe only I’ve said that. Although really, as a kid, you know this was your least favorite part of the movie. Sinbad kicking those no-good bozos Ice and Jay out of Max’s class was way more satisfying.

4. None of those kids could jump (except Bug).
In the big basketball showdown, only Newt (Bug Hall, who got super-hot) was good enough to do his own stunts — including that cartwheel dunk you know you tried the next day at recess. All of the other kids (yes, even your shero, Icebox) had stunt doubles. Maybe they just needed to wrap all those child actors early for union rules…

5. Allergy attacked the Rob the bully!
If you were a young child who believed in justice, or just had a bit of average bully experience, you remember the complete catharsis when Rob (played by Zachery Ty Bryan, child star and perpetual ’90s bully) got hit splat in the face with Shazaam’s genie-enhanced spitball. But the whole thing becomes a lot less fun when you learn that the paste they had made the fake spitball out of actually gave ZTB a serious allergic reaction! His entire face swelled up, and they had to cut filming of the scene short after only a few takes. Talk about suffering for your craft!

Sadly, the movie is not available on Amazon, Hulu, or Netflix.

3 comments on “On This Day in History: “Shazaam” Was Released”