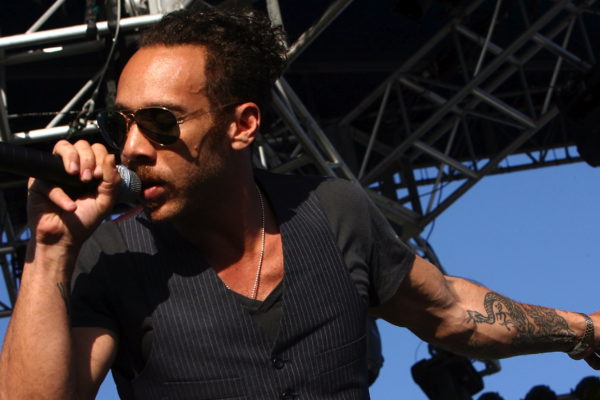 I love American Horror Story. Despite the series’ many weird tics and questionable plot lines (“Asylum” had so much promise. Which went right down the ol’ swirler…), there are a few elements that never disappoint, like the opening credits, the wonderful weirdness, Angela Basset — and the choice of music. The current season, “Hotel,” has its flaws, but so far, their soundtrack is nuts. In a good way. One track in particular had me rushing to Wikipedia to find out, “Was that Bauhaus? The Damned?” ‘Cause it sure sounded like it, and made me flash back to my own flirtation with the Goth-Punk scene (minus the stick-straight black hair and annoying disposition).

The track is called “Tear You Apart” — and I honestly thought it was some retro late-80s song I had somehow missed out on. It’s by a duo called She Wants Revenge, out of California. They got together around 2005. Their idols are — quelle surprise — The Cure and the aforementioned Bauhaus. They toured with Depeche Mode a few years back.

Personally, I am thrilled that this particular strain of music didn’t go the way of Robert Smith’s smeared red lipstick. I’m happy that a new generation has taken that bizarre, heroin-chic vibe and run with it. In fact, SWR signed Joaquin Phoenix (a man who has always lived slightly off-center) to direct the video for “Tear You Apart.” Watch, and revel in the full-on Joaquin-weirdness:

She Wants Revenge did three albums and a few EP’s. Despite their relatively underground status, some of their music was featured in the TV show Fringe and a Jim Carrey movie (Number 23). Sadly, in 2012, they announced a “hiatus.” But hopefully, they will eventually rise from their state of undead-suspension and bring more of the bizarre. Bless their pointed little vampire teeth.