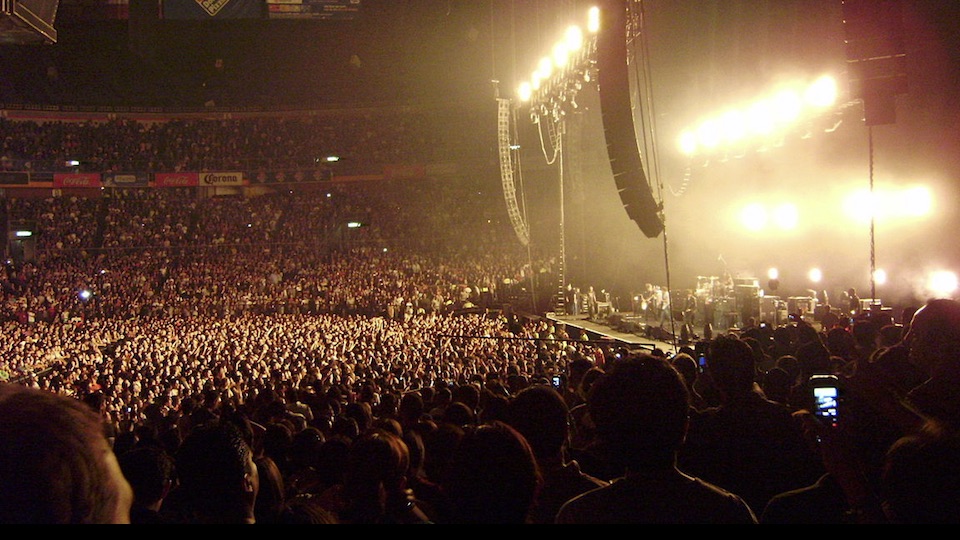 [Editor’s Note: Even as live music has been temporarily sidelined, we can take a moment to appreciate some of the stranger “merch” we’ve picked up at concerts past. It will be kinda interesting to see what’s created once bands get back on the road.]

One of the best parts of being a music fan is collecting your favorite band’s merch. Usually, that means records, t-shirts, hats, and pins. But some bands like to put a more unique touch into their swag. Here are a few bands that try to put at least one item on their merch table you just won’t see anywhere else. Everyone knows about KISS and their proclivity for slapping their faces onto as many different products as they can (including condoms and coffins), here are some other groups who went out of their way to sell their fans something interesting via their concert merch.

Bandanas may be pretty standard for a band to carry in their merch bin but a monogrammed hankie is not. That is probably why Avant-guard queen Amanda Palmer decided to sell them. She was just trying to let her fans know that it’s okay to cry. Palmer began carrying this item a few years ago and it has really become one of the most popular on her merch table. Palmer has always been known to march to the beat of her own drum, and the hankie tracks as pretty “normal” compared to the abstract musician’s usual antics.

Phoenix, Arizona’s Supa Joint has evolved from the mascot of marijuana to the patron saint of leafy greens. The cartoonish weed-based character made the step-up official by producing his own line of prayer candles. With his huge hair, tights, and bright colors, Supa Joint was already a one of a kind persona. But the inclusion of the prayer candles in his shtick has made the joke simply divine.

People can say a lot about the mid-2000’s rock band OK Go, but nobody could ever say they stink! The reason being is that back in 2012 the group decided to put out a line of car air-fresheners with their faces emblazoned on them. The air fresheners were a limited run and have since ceased productions, but they are definitely one of the weirdest pieces of band merch ever.

This one was not available at the merch table, but to go along with the re-release of his sophomore album Marshall Mathers EP Eminem was selling bricks from his childhood home in Detroit. It truly was one of the most unique pieces of merch an artist has ever sold, and considering the magnitude of Em’s career, is a true piece of music history. Couple that with the fact that “Slim Shady” only sold 750 bricks from the house and what you’re left with is quite possibly the most unique piece of band merch in music history.

The Flaming Lips and their stalwart frontman Wayne Coyne are already considered some of the biggest weirdos in the music industry. From the giant hands to the bubble man, these guys are justly considered oddballs. So naturally, in keeping with expectations, the group decided to sell one of the strangest pieces of merch ever with their trembling fetus Christmas tree ornament. The trembling fetus was already part of Coyne’s more-than-bizarre stage show, but making the take-home version a part of the Christmas season is the kind of decision that only he could ever explain.

1 comment on “Step Up to the Concert Merch Table”