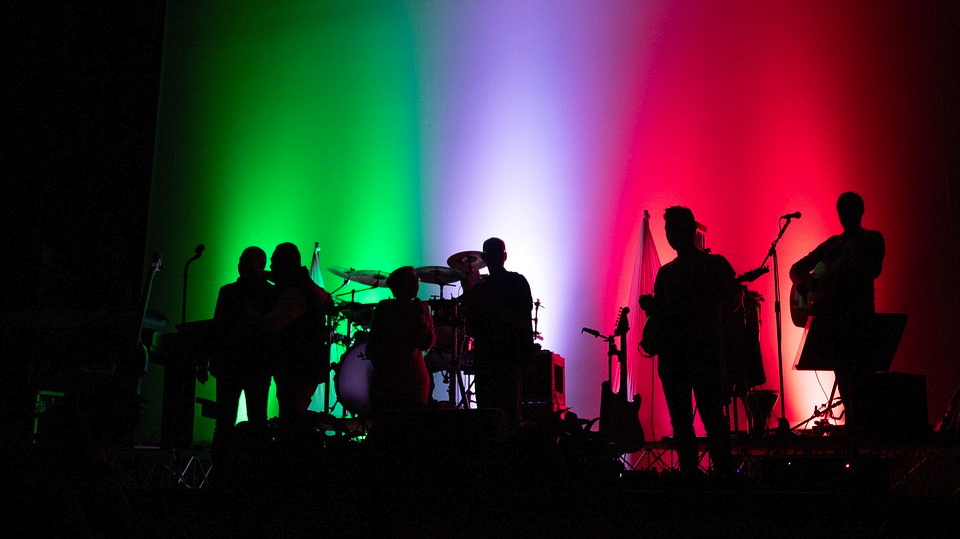 COVID-19 has successfully dismantled the stability of countless global industries. Among them: the music business, in which thousands of performers, venue workers, audio engineers, roadies, promoters, and many more have said goodbye to regular income for the foreseeable future. And while much of the world has begun to transition to working from home, those with a hand in the music world won’t be able to enjoy that luxury — you cannot work from home if there is no work to be done.

What began as the cancellation of the SXSW music festival in Austin, Texas, quickly snowballed into a full-scale shut down of gatherings across the country. In the last several months, countless concerts and live shows have been nixed from schedules and venues have been forced to close their doors for an indeterminate amount of time. Even the Rolling Stones, notorious for pushing through thick and thin, have announced the postponement of their upcoming tour. After a slow winter, the arrival of spring typically signifies the beginning of music’s most bustling time of year, but “shelter in place” has left the live music sector nearly non-existent. For many musicians, living a starving artist lifestyle is not uncommon, but in an industry in which backup plans are scarce and health insurance is hard to come by, the cancellation of so much, so soon is unnerving.

So musicians are getting creative. As Hunter S. Thompson wrote, “when the going gets weird, the weird turn pro.”

Enter the world of live streaming. Instead of performing live, in-person shows, artists have turned to the internet — setting up cameras in their home studios or living rooms and performing remotely via various streaming options like Facebook Live, Twitch, and others. Neil Young announced that he would be hosting a series of online “Fireside Sessions.” You may never get the opportunity to sit by a fire in real life and listen to Young blow a tune through his harmonica, but now you can do so virtually.

“Because we are all at home and not many are venturing out, we will try to do a stream from my fireplace with lovely wife [Daryl Hannah] filming,” he wrote on his website. “It will be a down-home production, a few songs, a little time together…”

Dozens more have also hopped online to bring fans together, even from far apart, including Chris Martin, John Legend, Margo Price, Lukas Nelson, Rufus Wainwright, Ben Gibbard, and others. Dead and Company have chosen to regularly stream some of their favorite live shows from the last few years. A running list of live stream shows now resides on the NPR website — you can even stream opera or jazz. Most are free, though some require a subscription.

This, of course, brings us to the big conversation at hand now that the majority of the music business has left the physical world and moved to the virtual one. Since its invention, the internet has aided artists in a variety of ways, helping to engage a wider audience and increase accessibility for fans across the globe. The rise of song and album streaming changed the game for good and seemingly solidified what most of us know at heart: that music is universal. But streaming was never meant to replace live music, only to enhance it. In 1994, The Rolling Stones became the first major music group to broadcast one of their shows, allowing more individuals to enjoy the concert from the clouds of a then-amateur internet. (It was around 20 minutes long from Dallas, Texas, using a program called M-Bone.) The key difference today though is that The Rolling Stones will be alright after this current financial blow — your favorite local pub band will not.

And just as the internet giveth, it also taketh away, and the payout today’s average musician receives from streaming their music on platforms like Apple Music or Spotify is pitiful. Even big-name acts like David Crosby have publicly criticized such companies for providing such little compensation. The irony of the situation is that although the internet has sent the music industry sky-rocketing to new heights in the last several decades, most musicians still rely on the old school method of performing live to support themselves. Without it, the majority of their income is simply gone.

So we’re now back to the same question the music industry posed at the turn of the century when websites like Napster and services like iTunes were beginning to take shape: how much is a song, album, or performance worth? Who decides what that price tag is?

Now, with COVID-19 effectively shutting down the live music world for the time being, musicians both big and small have had to grapple with these questions and with what can be done to keep from going under. The answer, it seems, lies mostly in the hands of the fans. To support your favorite bands, consider donating directly to them, buying merch from their website, or contributing a virtual tip (perhaps a portion of what you might usually spend on a ticket to their in-person show) when you live stream their new at-home shows. Most importantly: hold onto your tickets from those postponed shows! The industry is facing one of the hardest hits its ever taken, but as The Grateful Dead put it — we will get by, we will survive.