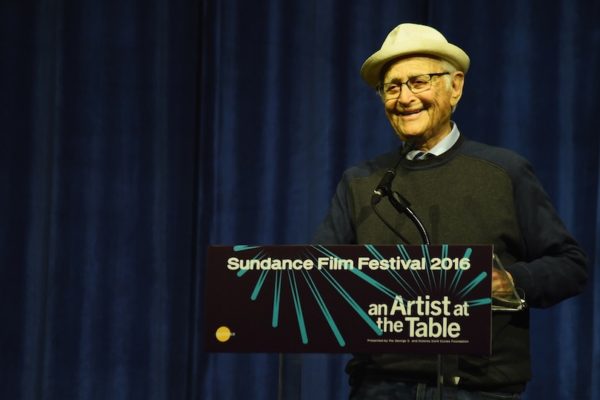 I’ll be honest, as a proud cinephile with a love for both art house and mass-appeal films, Sundance has always stood out as the mecca of film festivals. Like The Masters for golf fans, Park City has always been my Augusta National, holding a perennial slot on my bucket list. This year I was lucky enough to go thanks to the incredible generosity of friends — and I got to meet some wonderful filmmakers, writers, directors and creators over my five days in Park City. I could write an entire piece on the festival itself. Instead, I’ve compiled a short list of the best 7 films I saw at Sundance 2016. Some of these films have since received a wide range of praise and press; others still have yet to step into their spotlight.

1. The Birth of a Nation
Not only one of the best films of Sundance, but possibly the year. There are so many incredible aspects of not only the film, but the story of the making of this piece of art, that it’s difficult to decide where to begin. For those who are unaware, this film is the result of Nate Parker’s seven-year journey to bring the story of Nat Turner and his rebellion to life. Ultimately, Parker would postpone a promising acting career and invest over $100,000 of his own money before finally writing, directing, producing and starring in one of the most powerful films of Sundance 2016. The picture is a visual and emotional tour de force telling an important story whilst balancing the complex humanities of all its characters, regardless of race. The film will surely garner much deserved Oscar attention next winter.

2. Manchester by the Sea
The Birth of a Nation was the most critically acclaimed film of the festival and certainly the biggest sale. Manchester by the Sea comes in an incredibly close second place. Casey Affleck delivers an Oscar-worthy performance as Lee Chandler, a Quincy, Massachusetts handyman whose pitiful, lonesome existence is changed when he must take custody of his nephew Patrick (Lucas Hedges) following his brother’s death.  It is a story of parents, children and of how life goes on one way or another – even after unspeakable loss.

Although Birth is certainly a more socially important story and its existence should be praised and appreciated, Manchester was my personal favorite film of the festival. Kenneth Lonergan has delivered a beautiful work of art that explores the human soul and its ability to survive in the face of unimaginable loss. Despite this seemingly dark description, the film is quite funny at times. A veteran writer-director, Lonergan (who wrote Gangs of New York and Analyze This and was the writer-director for You Can Count On Me and Margaret) deftly laces humor into the film to balance out the powerful emotional notes that he hits so well. At times, nearly every person in the Eccles Theater was weeping.

3. Under the Gun
The most powerful documentary of Sundance tackles the subject of gun control and traces the events that have allowed a gun violence epidemic to metastasize in America. This unblinking documentary was directed by Stephanie Soechtig and executive produced and narrated by Katie Couric, the two previously collaborated on the Sundance doc Fed Up in 2014. This powerful film had the entire theater in tears for almost the entire screening.

The film is both incredibly emotional and educational, packing in a lot of information and emotional depth in just under two hours. The film follows the parents of gun violence victims across America, forcing the audience to see the aftermath this violence causes on real families long after the mainstream media has turned their focus elsewhere. The filmmakers contrast these emotional moments by interviewing and spending time with devoted gun-rights supporters, at times highlighting the hypocrisy of their beliefs via comparisons to those held by the radical leaders of the NRA.

4. Goat
Executive produced by James Franco and adapted from Brad Land’s memoir about his experience with fraternity pledging and the hazing that fuels it. The film is an exploration in masculinity and the male ego. Goat follows Land (Ben Schnetzer), a rising college freshman who suffers an unspeakable violent trauma before the beginning of his fall semester. What follows is an exploration of gender identity as Land pledges his older brother Brett’s (Nick Jonas) fraternity as a way to prove his masculinity and discover a “new” identity.

The film is beautifully shot and paced; the violence and confrontations are believable and jarring to watch. Anyone unfamiliar with the modern fraternity/sorority system will likely be shocked at the way these “bonding” exercises can become toxic and dangerous. My only criticism of the film is that it becomes one-dimensional with regards to the protagonist’s motivations.

5. White Girl
One of the most unsettling films I’ve ever seen was also the best film I never want to see again. Anchored by an incredible performance by Morgan Saylor (Homeland) who clearly gave her all to this role, White Girl follows a soon to be sophomore in college who falls for a local drug dealer and proceeds to make one catastrophically bad decision after another. This film is an in-your-face exploration of drug addiction, love, lust, greed, violence and youth. And like the real world, it holds absolutely no punches.

Writer-director Elizabeth Wood is bursting with talent, and I’m excited to see what she does next. During the Q&A, Ms. Wood mentioned that the film was heavily based on her personal experience moving to New York City and falling for a drug dealer. While she didn’t go in detail exactly how much of the film was based in truth, the brutal details of the story seem to indicate a lot. Surprisingly, there were very few walkouts of this film; probably because of how even while depicting the worst in humanity, the film is so compelling that it is difficult to look away.

6. Joshy
The five films above this one are all dark, visceral and incredibly powerful. I cannot explain how happy I was walking into the last film of Sundance and realizing it was a comedy. What followed was an incredibly funny, albeit incredibly sad, film from writer-director Jeff Baena (I Heart Huckabees). A talented cast of Thomas Middleditch (Silicon Valley), Adam Pally (The Mindy Project), Nick Kroll (The League), Brett Gelman (The Other Guys) and Jenny Slate (Obvious Child) raise a heavily improvised film to an endearing experience that expertly blends humor and drama.

The story begins with sadness as Josh (Middleditch) returns to his apartment to find his fiancée has committed suicide on his birthday. Four months later, unable to get the deposit back on a rental house in Ojai, Josh’s buddies decide that a guy’s weekend is exactly what he needs to get his mind off things. While the events that follow aren’t as debaucherous as many would imagine, the drug-propelled weekend segues into one of melancholy and self-reflection.

7. Norman Lear: Just Another Version of You
The opening night film this year was a documentary about the timeless Norman Lear. For those in my generation who are unaware, Lear, by many accounts, pioneered modern television. The film traces his life, beginning with his complicated relationship with his father and eventually painting a picture of how he worked his way into show business. From there, Lear built a legacy as a television creator who wasn’t afraid to tackle difficult subjects. Almost all of his shows addressed topics that weren’t on TV at the time, be it shows about African American families, racism, abortion or religion. No matter the subject, Lear was one of the first to blend comedy with social issues as a way to ease them into the average American home.

In the end, Lear is known for his iconic works including All in the Family, Maude, Good Times, and The Jeffersons, among many others. Through a series of interviews and documentary footage, the audience is treated to an inside look at how revered Lear is within the industry. From George Clooney to Amy Poehler and Jon Stewart, they all credit Lear with their interest in pursuing entertainment. Norman Lear is a true humanist, promoting issues at a time that most in society were unwilling to address them. While this film may not have the same cultural impact as Under the Gun, it is still a moving tribute to a man who has given his life not only to entertainment, but also human rights around the world.

PS. For Evan’s take on the best TV series you should be watching (or binge-watching), check out A Year of Great Television. And for a comprehensive, can’t miss list of the best in music in 2015, read Music You Need to Hear – Now.