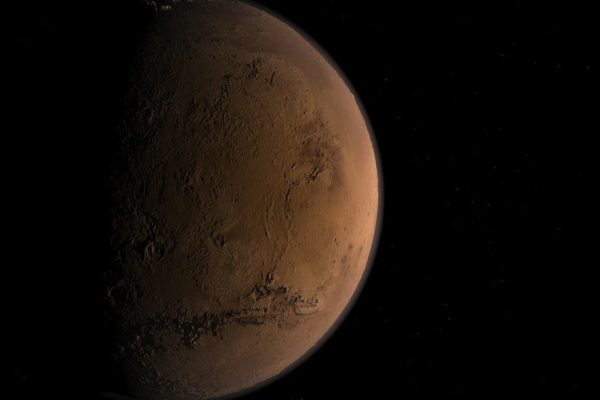 It’s been over fifty years since radio drama ended as a mass entertainment in America. Despite periodic attempts at revival, the medium remains a curiosity in the current media landscape. Then again, even in the the last few years that CBS supported a handful of drama series on its radio network, it was already something of a curiosity, the mass audience having turned its attention to television by the time JFK was elected. In other countries, particularly the UK, radio drama endures. Productions there range from the countryside drama The Archers, which has aired on the BBC since 1951, to ghost stories and science fiction. The latter genre is, of course, well-suited to radio where the trinity of script, acting and sound can effectively provide a limitless budget. One such example was the 2014 dramatization of Ray Bradbury’s The Martian Chronicles, which was recently released on CD and download.

Like previous adaptations, most famously those produced for NBC’s early-50s radio series Dimension X, this hour-long production doesn’t adapt the entire book. Instead, it weaves together elements from throughout, particularly those featuring astronaut Captain Wilder, who commands the expedition to Mars depicted in “And the Moon Be Still as Bright.” Wilder is played by Derek Jacobi, who’s best known work includes the title roles in I, Claudius and the mystery series Cadfael. Having an actor of his caliber in the lead role is invaluable. Many of Bradbury’s stories revolve around colonization and its moral implications, and the gravity he brings to the role ensures the proper balance of allegory and drama.

Jacobi is supported by a group of stage, TV and film veterans. Chief among them is Hayley Atwell in the key role of Spender, an archaeologist who takes it upon herself to be a voice for the Martians. Atwell has been a standout in everything from period dramas to Marvel Comics movies and is no less adept here, holding her own opposite Jacobi. At its best, science fiction uses fantastic situations to tell us about ourselves in ways we might not otherwise accept. This adaptation of The Martian Chronicles is a reminder not only of that, but also the ability of something as basic as the human voice to convey the best and worst of humanity – and be highly entertaining in the process.

PS. While we’re on the subject of great radio programs, check out our post Radio at its Mesmerizing Best to learn more about some must-hear radio documentaries.

1 comment on “Out of This World: The Martian Chronicles on Radio”