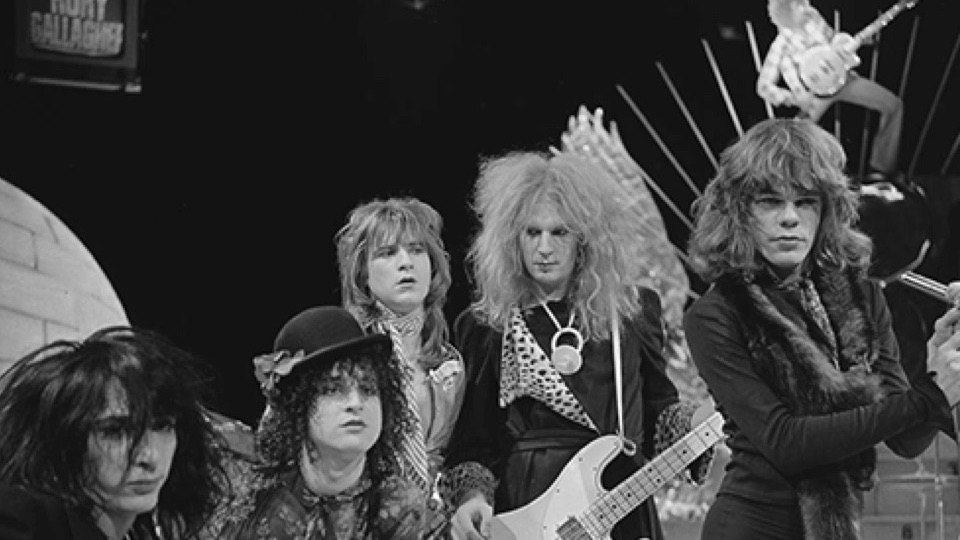 If the New York Dolls were a high school band, their fellow students would vote them as “Most Likely to Succeed…and Most Likely to Fail.”

Dolls’ guitarist, Sylvain Sylvain, who passed away on January 13th at the age of 69, summed up the rise and fall of the group that Morrissey (of The Smiths) called the “unluckiest band in rock history.”

“It was like a race, and we were like horses. The Dolls were the number one horse. We were right there, like two seconds away from the finish line, and behind us were the Ramones, Kiss, the Dictators, and Blondie and the list goes on. Then we fell and broke our leg and the next guy won the race.”

But because their albums never raced up the charts, the Dolls’ are relegated to be “icons” and “influencers.” Brian Eno’s facetious comment of Velvet Underground’s first album applies to the Dolls’ poor-selling debut: “I think everyone who bought one of those 30,000 copies started a band.” The Dolls’ glam look and/or sloppy sound were slightly (and not-so-slightly) co-opted by Mötley Crüe, Kiss, W.A.S.P, Poison, the Sex Pistols, Ratt and the Replacements; whose guitarist Paul Westerberg wrote “Johnny’s Gonna Die” after sadly seeing in-person the Dolls’ Johnny Thunders looking like (a heroin) death warmed over.

But if it wasn’t for Sylvain Sylvain, perhaps John Genzale would never have been on any stage as “Johnny Thunders,” a name Genzale poached from a DC Comic character named Johnny Thunder.

“The New York Dolls would have been a crappy band without Sylvain,” Dolls’ singer David Johansen admitted.

Indeed, without the Egyptian-born guitarist, (an expert tailor and the rare rocker who didn’t use cooking spoons with needles), the band wouldn’t have been named the New York Dolls. Sylvain gave the group its moniker after seeing a NYC toy repair shop called the New York Doll Hospital. But the band wasn’t chosen to open for Rod Stewart at Wembley Stadium in front of 90,000 fans (even though they didn’t even have a record deal!) just because of their name. It was their raucous music and their androgynous attire that turned heads—and sometimes the wrong ones as Sylvain recalled while he and bassist Arthur Kane were grocery shopping in Little Italy:

“We got our chicken and we’re standing at the checkout counter. I hear a couple of Mafioso-looking cats behind us and one yelled out to the other guy, ‘Man, the things you see when you ain’t got a rifle.’”

The two escaped unscathed, which is something that couldn’t be said about the Dolls’ original drummer and Sylvain’s high school pal, Billy Murcia while they were in London. Murcia wound up drowning in a bathtub after a night of ingesting too much champagne and Mandrax; just before the group recorded their first album for Mercury Records. At a Mercury meeting to discuss who would produce their debut, Johansen fell asleep and only woke up when super-producer Todd Rundgren was mentioned for the gig and later selected—not that Todd was enamored of the five lads’ musical chops. In a 1982 interview, Todd called the group a “novelty,” “imitation Rolling Stones” and “a band critics could understand because critics could imagine themselves playing that music. It was always Sylvain and Johansen who were shouldering most of the burden, so I mostly kept a focus on them and tried to manage the other guys, keep them from consuming too much during the course of the sessions.”

Unfortunately, the three “other guys” lived their lives like their second album’s title: Too Much, Too Soon. its prophetic name taken from actress Diana Barrymore’s autobiography. Poor sales (only reaching #167 on Billboard’s top 200) and extra-poor health (Thunders and drummer Jerry Nolan were junkies and Kane was a full-blown alcoholic) caused the band to implode. Sylvain and Johansen kept the Dolls barely alive with various lineups; including one with Blackie Lawless (W.A.S.P.) temporarily on board. After being dropped by Mercury, the band disbanded. Sylvain went on to play and co-write with Johansen on two of the singer’s solo projects; as well as record a couple of his own albums (Sylvain Sylvain and Syl Sylvain and the Teardrops) on RCA. Realizing that being in a highly influential band can’t influence a landlord to lower his high rent, Sylvain turned to driving a cab in New York City and later moved to Atlanta. In 2004, Morrissey, a founding member of a New York Dolls fan club, convinced what was left of the band (Johansen, Kane, and Sylvain) to come together for cash and for the Meltdown Festival in London. Morrissey presciently noted:

“Often it takes death within a group and then people say, ‘Ah, yes. We do like those people now that they’re not here.’”

The suddenly likeable and revamped Dolls wound up touring heavily for seven years and recorded three studio albums between 2006 and 2011. One of these albums (2009’s Cause I Sez So) was helmed by none other than Todd Rundgren; perhaps taking the producing job and money as a novelty. Sylvain later settled with his wife Wanda in Nashville and wrote his memoir, There’s No Bones in Ice Cream, where he wistfully remembered that his band “held the world in the palms of our hands and then had it snatched away from us.”

And therein lies the reason that in a year-end poll in 1973, Creem magazine proclaimed the Dolls both the Best and Worst New Band.