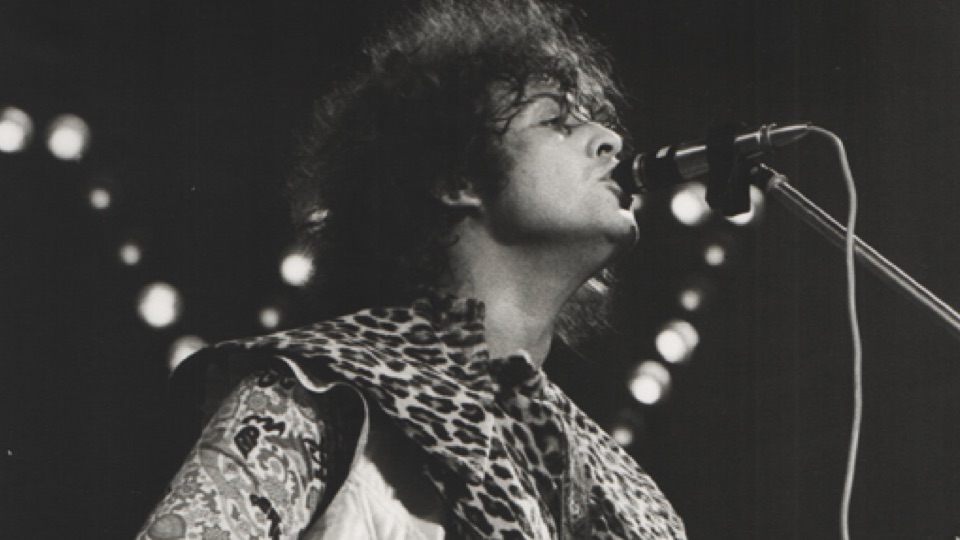 Roxy Music was sexy, David Bowie cryptic, T. Rex was rock ‘n roll. More so than any other act, T.Rex deserved the crown of “Glam Rock” with every bit of credit. They definitely looked glamorous, with the frilly shirts and curly hair, and they definitely knew how to rock! Recognizing their universal, cross-generational appeal, a seat at the Rock and Roll Hall of Fame has been set for the fiery band. It’s been a long time coming, a lifetime of awards which a 1977 car crash robbed from songwriter/guitarist Marc Bolan. Death might have stopped him from maturing his art, yet what he left behind was a collection that communicated an excitement that’s only grown over time.

The police drama Hot Fuzz (2007) ended with The Fratellis’ hair-raising version of “Solid Gold Easy Action.” They’re just one of the many bands that have sung Bolan’s words. Those bands that didn’t cover T.Rex directly paid homage indirectly. Simply listen to Oasis’ “Cigarettes and Alcohol” or The Smiths´ “Panic” for evidence. His was an idiosyncratic song-craft almost as impressive as that of The Beatles.

Bolan saluted John Lennon on the wiry “Ballroom of Mars”, a pounding rocker that could easily have been mistaken as one of the myriad White Album outtakes. Bolan enjoyed a friendship with Ringo Starr, who directed him in the 1972 concert drama Born To Boogie. The film also features Elton John. “I didn’t foster Marc Bolan’s career, he was a good friend of mine,” Starr admitted in 2011. “He was the punk at the time, of course…I wrote ‘Back Off Boogaloo’ because he came to dinner and that’s how we spoke.”

Like Starr and Lennon, Bolan spoke through the language of rock. “20th Century Boy” opens with a cascaded riff that lingers with hummable electricity. “Teenage Dream” captured the audience that turned to rock ‘n roll for a celestial, religious, experience.

“Hot Love” sparkles with sultry fifties doo-wop, while the thunderous “Children Of The Revolution” has been featured in films as diverse as the gender-bending Breakfast On Pluto to the jukebox-centered Moulin Rouge!.

“Children of The Revolution” was produced by Tony Visconti, the New York-born artist who worked on T.Rex´s visceral Electric Warrior (1971). Together, Bolan and Visconti pre-empted the model that later glam artists would use. The Slider proved their mightiest collaboration, a sophisticated album that showcased Bolan’s natural good looks in a grainy, silhouetted cover.

Bolan himself produced the eponymously titled Bolan’s Zip Gun. It wasn’t as commercially successful as previous efforts, but the tangy opener “Light Of Love” demonstrated a raconteur exploring newer fields. The album boasts Gloria Jones, American vocalist and girlfriend, singing with soul-filled gusto. Together, Bolan and Jones sired a child, Rolan. With such a pedigree, Rolan invariably found himself a budding songwriter. Jones’ 1978 effort Windstorm left buyers with the moving words, “Special Dedication in memory of my son’s father, the late Marc Bolan, whom we miss very much.”

She’s not the only one. Music misses Bolan, T.Rex, and the beauty that Glam Rock once offered. So, here’s to them, their legacy, and the fire they ignited in another generation. Welcome to the Rock and Roll Hall of Fame. Get it on!

1 comment on “T.Rex: Welcome to the Rock Hall of Fame!”