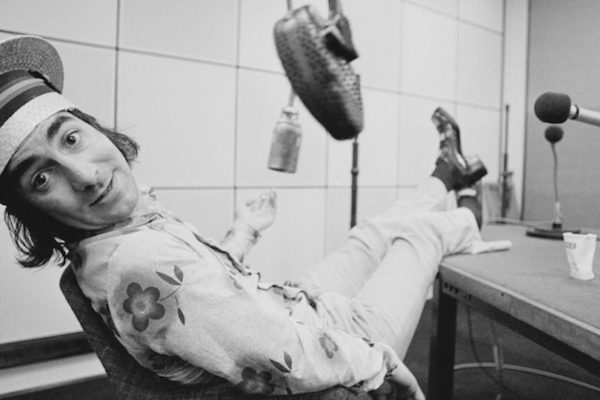 True golden opportunities come along once in a lifetime and for a young Iowa teen named Scot Halpin, that chance came on November 20, 1973. Arriving at the Cow Palace with friend Mike Danese 13 hours early in order to grab good seats for a Who concert paid off in a surprising way for the then-19-year-old Halpin.

Almost halfway through the show, drummer Keith Moon (notoriously known for abusing drugs and alcohol), slumped over his drum kit as the band performed “Won’t Get Fooled Again.” Roadies helped Moon off stage while the rest of the Who continued to play, including adding another song, “See Me, Feel Me” without the sound of drums. Although Townsend, Daltrey and Entwistle received a thunderous round of applause, Pete Townsend told the audience it should be the band applauding them for putting up with a three-quarter-strength band. He then half-jokingly asked the crowd if there was anyone who could play the drums? Someone good.

Backstage, opening act Lynyrd Skynyrd’s drummer Artimus Pyle was asked to fill in but he admitted to being too afraid and not knowing the songs. Also, after being revived, Moon had insisted upon going back onstage. Partway through “Magic Bus,” Moon passed out again and had to be dragged off stage for good.

However, Townsend’s challenging question was music to Mike Danese’s ears and opportunity knocking on Scot Halpin’s door. Danese began shouting “He can play” to the security staff while pointing to his friend. The commotion was enough to catch the attention of concert promoter Bill Graham.

Graham asked if this was true. Halpin said yes and before he knew it, he was on stage after being given a shot of brandy for his nerves. In later interviews, Halpin would go on to say that after gulping down the brandy, the last thing he remembered was being introduced by Roger Daltrey and situated behind Moon’s tom-toms, which were as big as his bass drum.

After playing three numbers, the shell-shocked Halpin and Danese went backstage and were treated to free food and drink. Later that year, Rolling Stone magazine would honor Halpin with the “Pick-Up Player of the Year” Award. Halpin would eventually go on to get married, have a son, manage a rock club and play in several groups preferring to play guitar rather than drums.

Related: “The 10 Best Songs by The Who You May Have Never Heard”

In 2008, Scot Halpin passed away at age 54 from a brain tumor. His widow, Robyn, wrote Pete Townsend’s office informing him of her husband’s passing and was astonished by Townsend’s message to be read at Halpin’s memorial:

“Scot is often in my mind and always with the greatest gratitude and affection. He showed such youthful courage and humor standing in for Keith Moon that fateful day. Scot played so well too. He played drums brilliantly, smiled and went home. I measure my life by great and good people I have occasionally met. Scot is one of the great and good ones.”

One fateful day in November, a brave teenager named Scot Halpin was asked “Who Are You?” and he answered masterfully.