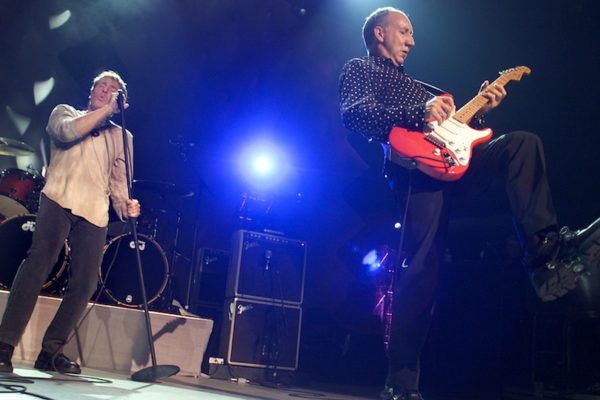 It’s hard (sing it with us: “It is very, very, very, very hard”) to believe that The Who has only released eleven studio albums in their years together. For comparison, The Rolling Stones have released 30. But the quartet of Pete Townshend, Roger Daltrey, John Entwistle, and Keith Moon (who, after his death in 1978, was replaced on drums by Kenny Jones) can boast of a catalog that rivals any of their contemporaries. And the depth of that catalog ensures that there are several great songs just waiting to be discovered by casual, unsuspecting fans. Here are ten of the best of those.

See Related Post: “Your 5 Fan Favorite Albums by The Who“

The Who came barreling out of London in 1965 with a debut album (My Generation) that combined some of the best traits of their British Invasion rivals: the savvy hooks of The Beatles, the unhinged power of The Kinks, and the bluesy swagger of The Rolling Stones. Not a bad troika, and there’s a little bit of all of that in this brooding track that takes a cold, hard look at a relationship gone sour.

Like many of the British bands at the time, The Who generally released singles that weren’t included on their albums. But one listen to this winner off their second full-length release A Quick One makes you wonder why it wasn’t targeted for single release. It even has the romantic angle that would have made it palatable to Top 40 radio. Nonetheless, it displays the band at their catchiest and most tuneful.

Before all of the conceptual heaviness took over, The Who bunched together a passel of clever pop songs and tied them together with fake commercials for The Who Sell Out. Townshend’s songwriting took a tremendous leap on this album, as he displayed a knack for storytelling focused on downtrodden outsiders. This sweet and sour tale about a would-be diva felled by body odor is emblematic of his quirky genius.

Townshend also found room on The Who Sell Out for this quiet beauty about intense regret. It’s just he and his acoustic guitar, and the rhythmic drama he is able to conjure from the instrument is a harbinger of things to come over the next few albums. The narrator is haunted by visions of a former love that dims everything else in his drab current life. He would usually cede the vocals to Daltrey, but — as this song proves — Townshend was a fine interpreter of lyrics in his own right.

The massive one-two punch of Tommy and Who’s Next may be the reason why Quadrophenia, which followed in 1974, doesn’t get as much attention; it was almost as if the public had grown accustomed to The Who’s ambitious brilliance. But Quadrophenia is every bit the artistic equal of those lofty predecessors because it’s stuffed with scorching tracks, like this one, which expertly mixes the tough and tender, and stands out even if you don’t know the underlying plot.

The Who were one of the first bands to understand the value of beating bootleggers to the punch. Their excellent collection Odds and Sods, released in 1974, unearths a wealth of cutting-room floor tracks that would have been centerpieces for most bands. Townshend wrote this song as an anti-smoking public service, but it ends up being one of his most charming character sketches, aided by buoyant harmonies and Moon’s relentless beat.

Another beauty from the Odds and Sods collection, this song features a band, known for their fury, showing their finesse. The sensitive music makes for a good background for some of Townshend’s philosophical lyrics. Maybe the spiritual overtones of the song are why it was originally shelved, although the words don’t specify any religion, instead emphasizing the need to find “Faith in something big inside ourselves.”

The Who by Numbers, with its memorable dot-to-dot cover drawn by Entwistle, contained sporadic brilliance, although the consistency of the previous three masterpieces was absent. Townshend left behind conceptual leanings on this album, but this lovely snapshot of a track could fit anywhere. The ukulele is a nice touch, while the subtle orchestration adds some depth to the arrangement. This is one of the most touching melodies Townshend has ever conjured, and rarely has The Who ever indulged in such unabashed optimism.

The fact that Entwistle received three songwriting credits on Who Are You should clearly tell you that Townshend was not in his songwriting wheelhouse, as the bassist was usually relegated to one song per album at most. But he rises to the occasion with this track taken from a solo sci-fi concept album that he never finished. The synthesizer pattern that Entwistle created makes the song surprisingly funky, and he does a nice job on his lyrics about a humanoid trying to make sense of his existence.

After Moon passed away, Kenny Jones did a fine enough job on drums on 1981’s Face Dances and 1982’s It’s Hard. The problem with those records was that, besides singles like “You Better You Bet” and “Eminence Front,” Townshend’s songwriting lacked its usual flair. One album track from Face Dances which stands out is this quasi-tango in which Townshend tries to make sense of how to age as a rock star. He gets a huge assist from Daltrey, who captures both the preening ego and wounded pride in the lyrics.

Photo Credit: The Who at Madison Square Garden by Scott Gries/ImageDirect courtesy of Getty Images